The complete Type 35C as discovered in Salinas, California, in 1958.

Catalogue
Chassis No.
Engine No.
Gearbox No.
4572 (see text)
50
20
Please note that Internet bidding is not available for this lot. Interested parties that are unable to attend the sale may register to bid by telephone or place a commission bid online at rmsothebys.com.
Addendum: Please refer to rmsothebys.com for a more comprehensive and detailed history of this Bugatti. Please note that the title is in transit.

According to the research of Bugatti historian Pierre-Yves Laugier, the Type 35 offered here was one of five new examples prepared by the factory for the ACF Grand Prix at Montlhéry on 26 July 1925. Records indicate that the car – bearing chassis number plate 4571, equipped as it is today with engine number 50, and registered as 9572 J 1 – was driven by Giulio Foresti, finishing 8th in the race after 9 hours and 49 minutes. Afterwards, the car remained in Paris and was sold to Jean Bielovucic through the Bugatti agency on the Champs-Élysées, now wearing, for unknown reasons, chassis plate number 4572.

A year later the car was sold to Edward Meyer of Casablanca, Morocco, on 21 October 1927, wearing the temporary plates 1767 WW 5. Mr. Meyer was a well-known French-born industrialist, aviator, and sportsman whose fascinating career included developing an early process for aerial photography, managing a prosperous marble quarry, and building the largest cinema in Africa. He was an avid racing driver for 30 years and in this car won the Moroccan Grand Prix on 15 April 1928, setting a world speed record at an average speed of 147 km/h on the 710 kilometers of racing between Casablanca and Marrakesh, and back again. Publicity reports from the era indicate the speed of the car to have been not far from 200 km/h!

Meyer and his Bugatti ran in the Algerian Grand Prix at Staoueli on 6 May 1928, retiring because of oil pump trouble. Its last known victory in the industrialist’s hands was the Tangiers Hill Climb in 1929. Soon thereafter it was sold to Mario Pelosini, who, in conversations late in life with Bugatti hunter Antoine Raffaelli, noted that he had raced with the car and remembered it having been next owned by a Mr. Volta, also of Morocco, in 1952.

The car was exported to the United States soon thereafter, as confirmed by American Bugatti Club registrar Sandy Leith. It is believed to have been imported by John E. Rogers of Salinas, California, with whom a photo exists of it in 1955, showing it in largely original, intact condition and with the special Boyce radiator cap visible in Meyer and Pelosini’s racing photos. It was subsequently acquired three years later by the renowned American collector, J.B. Nethercutt, in whose ownership it was featured in Hugh Conway’s famous 1962 register, noted as “very rough but complete and running.”

In 1972 the Bugatti was sold by Mr. Nethercutt, through noted “Bugattiste” mechanic and restorer O.A. “Bunny” Phillips, to longtime American Bugatti Club member and past president, Dr. Richard Riddell. It was restored by Mr. Phillips for Dr. Riddell, appeared at the Pebble Beach Concours d’Elegance in 1979, then ran at the Monterey Historics no fewer than 12 times over the next 30 years! Additionally, it was featured in Beverly Rae Kimes’ seminal 1990 book, The Classic Car.

The Bugatti was then acquired in 2011 by the current owners, themselves longtime enthusiasts on the West Coast, who have continued to enjoy it in the manner for which it was built.

In a letter on file, marque specialist and historian David Sewell noted that all of this car’s major components are authentic Type 35 and 35C components, with the exception of the bodywork, replaced by the talented Mr. Phillips in the late 1960s, and the chassis plate, which is a Bugatti Owners Club replacement issued by Hugh Conway in 1985.

The engine was restored by Phillips and uprated to Type 35C specifications during its Riddell restoration. The engine’s cambox is number 183 and is believed to have been transplanted from another Type 35C in the car’s racing days. Nonetheless, this is believed to be the original engine to this car; the current stamping appears correct, as noted by Mr. Laugier, and the lack of a chassis number stamp on the engine is common to cars of the ACF team for 1925. Further, the gearbox is a very early one, stamped 20, and correct to a 1925 car.

The current frame number is 255, dating to July 1926, indicating that the frame was replaced at one point. While Mr. Laugier suggests the possibility of Mr. Phillips exchanging the frame during restoration, he also notes that given the car’s original racing use, it may have received an updated 1926 frame before its sale to the first private owner, Mr. Bielovucic. This is strongly suggested by the presence of a back axle that lacks a proper assembly number, indicating a period replacement.

All the aforementioned components are authentic, not modern reproductions, and that they are not the originals is so common as not to matter; indeed, they may have been period installations. “There is not enough evidence to conclude,” Mr. Laugier notes, “and as far as we know, 4572 as it is now, represents the continuous history of the Ed Meyer 4572/50 car.” This was, after all, an automobile that raced as its manufacturer intended it to; it carries its history and its provenance proudly.

Among West Coast Bugattistes, there are few more well-known, authentic, and correct examples, and few that have been so-proven on Laguna Seca’s famous twists and turns. It is ready to be enjoyed as it has been for decades, under its own abundant power, at events all around the world. 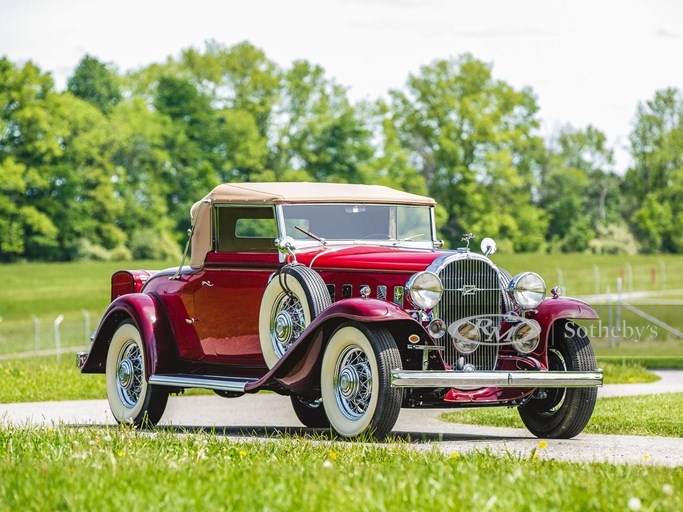