Addendum: Please note that this car has 12,838 kilometers, not miles as noted in the printed catalogue. Also note that due to California emissions, this vehicle must be purchased by a dealer or out-of-state resident.

In the late 1970s, BMW was still in its growing pains in the United States. The favored quirky rally car of the 1960s was becoming the preferred fast luxury transport of young professionals. In between the two eras of Bayerische Motoren Werke, there was the M1, which remains the most exotic street car that the company ever built. Neither rally car nor hushed sedan, it was essentially a road-going Procar and Group 5 racer, built to homologate the cars for the track. Virtually hand-built in limited numbers, it combined a tubular frame, utilizing state-of-the-art technology with gorgeous Giugiaro-designed bodywork. The chassis was fitted with unequal-length lateral links, alloy uprights, concentric coil springs, and anti-roll bars in the front and rear. The mid-mounted, fuel-injected, 277-horsepower, double-overhead-cam six-cylinder engine facilitated top speeds in excess of 160 mph, thanks to the M1’s outstanding power-to-weight ratio. Such numbers should not be regarded as surprising, as early development of the M1 was in partnership with Lamborghini.

Only 455 M1s were produced between 1978 and 1981, a number broken down into 399 road and 56 race cars. Relatively few examples were imported into the United States, and as such, they have always remained somewhat elusive on these shores—only furthering the desire held for them in the hearts of BMW enthusiasts.

BMW factory records indicate that the car offered here was completed on 13 October 1980, finished in Inka Orange with a Schwarz (Black) leather and cloth interior, and delivered thereafter through BMW Italia S.p.A. of Palazzolo. Reportedly the 348th M1 built, it is believed to have been retained by the Italian BMW distributor until 1984, typical of many M1s that were retained by their original dealers. At that time, it was sold new to a private museum collection in Japan, hence the presence of Japanese-language tags within the engine compartment. The car was road-registered in Japan in early 1984 and over the next 30 years covered fewer than 8,000 kilometers, reportedly being taken out of the museum only for services and the occasional show.

The car remains in very original and well-preserved condition throughout. Its bright orange paint is still in very good condition, as is the interior, while the engine compartment and chassis are clean and original, showing the minimal wear from years of conscientious ownership. Even the carpeting is still in good shape, and the various tags and labels from the factory are still present and clearly readable under the hood. In its current ownership it has been occasionally driven and now records 12,838 kilometers, a figure which is in keeping with the car’s very original condition. It is accompanied by an original dealer’s brochure, owner’s manual, BMW Europa service booklet, an original set of keys, an original tool roll with jack, and a Becker Europa radio.

Finding an M1 in the United States is a rare enough occasion; to find one that has been well-preserved, such as that offered here, with only minimal mileage, is rarer still. Undoubtedly one of the nicest examples on the market, it stands ready to become the rarest automobile in a prominent BMW collection, or a seldom-seen treasure for the devoted supercar enthusiast. 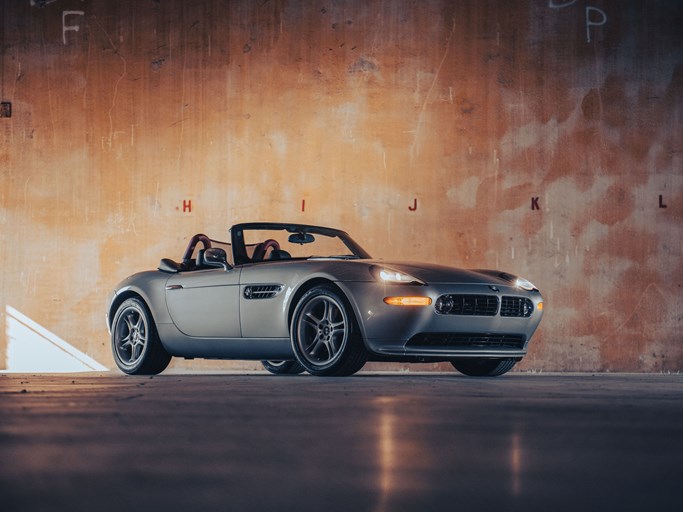