By 1958, Dual-Ghia principal Eugene Casaroll was ailing, and business for the shipping line that was his bread and butter had slowed. He was not in the market to continue his success, but Vice President of Dual Motors Paul Farago was, and he and the Ghia designers drew up a second-generation model, a “two-plus-two” fastback coupe with lines refined by Chrysler’s Virgil Exner. Ghia would hand-build not only the body but virtually the entire car, including the chassis, which was based on 1960 Chrysler suspension, and a 383-cubic inch “Wedge” V-8. As the involvement of Casaroll’s Dual Motors shrunk, the new model was simply christened the Ghia L6.4, or “6.4 Liter,” which is the metric displacement of its engine.

The L6.4, priced at an astonishing $13,500, nonetheless brought back Sinatra and Ball as return customers, and no one could deny that the buyer didn’t get his or her money’s worth, as the Ghia was among the finest-finished automobiles in the world. It wasn’t the price that was the problem; the problem was the cost of production, as well as the complications that came with building a car in Italy and selling it in the United States. In the end, the L6.4 was doomed to a brief yet glorious existence, with only 26 built and sold.

The car offered here is chassis number 0308, the eighth example built and one of six modified by famous Hollywood “Kustomizer” George Barris with French-made Cibie headlights and hidden turn signals; among the cars that received these features were the L6.4s owned by Frank Sinatra and Dean Martin. This car also has a custom power-operated sliding sunroof, one of the first to be installed by Heinz Prechter’s American Sunroof Company, of Los Angeles, and Chrysler Airtemp air conditioning.

The Ghia was acquired by successful Beverly Hills auto accessory dealer Bill Van Grove in 1971, and it has remained in his family ever since. Its current owner, Mr. Van Grove’s son-in-law, commissioned Jim Thedford, of Specialty Automotive Restorations in Upland, California, to restore the car to original condition, a task begun in 1997 and completed in 2001, after which the car won Best of Show at the 13th Annual Orange County WPC Club Show. The consignor reports that a minor restoration, including rebuilding of the hydraulic brake system and adding new belts, ignition wires, and spark plugs, was completed in 2015. The car and its extensive restoration were described in detail in the September 2005 issue of Hemmings Classic Car; a copy of the article is on file and is recommended reading for potential buyers.

Well presented, beautifully maintained, and frequently enjoyed on the road since, this is a unique and fascinating L6.4 with “Kustom” touches that benefits from long-term, loving California ownership. 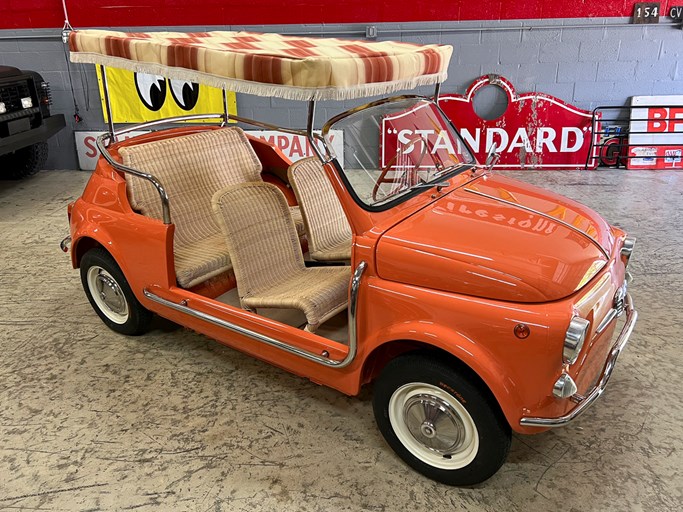