The final evolution of Ferrari’s mid-engined, flat 12-cylinder series of cars, the Ferrari F512 M was released as one final hurrah before the introduction of the all-new 550 Maranello. When compared to Ferrari’s evolution of the Testarossa to the 512 TR, the jump to the F512 M was much more radical.

The most evident update was to the car’s nose, which replaced the 512 TR’s retractable headlights with fixed units. The nose was restyled to bear a family resemblance with the 456 and F355, with new turn signal indicators and fog lamps. Similar changes could be found at the rear with round taillights, which would become mainstays in Ferrari design for years to come. New five-spoke wheels helped polish off the car’s more modern look. The interior received a handful of changes as well, and the F512 M received a more modern steering wheel, adjustable aluminum pedals, a more refined air-conditioning system, and updated interior trim.

Of course, the F512 M received a number of mechanical upgrades as well. The suspension was updated with gas-filled shock absorbers and a Bosch ABS system. Horsepower was increased to 440, thanks to a number of internal upgrades, including titanium alloy connection rods, forged aluminum pistons, a lightened crankshaft, and a new stainless-steel exhaust.

Born as the 39th of just 75 examples exported new to the United States, chassis number 101251 was originally finished, as it appears today, in the seldom-seen and highly desirable color combination of Nero over a Nero leather interior. It was delivered new to its first owner, located on the East Coast, in October 1995, showing 65 miles on its odometer. The following spring, it was driven down to the owner’s home in Florida, where it remained for the next five years. The car was then purchased by its second owner, in California, in February 2001, and at that time, it had accumulated 13,067 miles on its odometer.

The F512 M was then traded to Ferrari of Seattle, where it was purchased by its third and current owner in October 2005, with 15,184 miles showing on its odometer. Before the car was delivered to him in Las Vegas, it was fully serviced at Ferrari of Seattle; at this time, four new tires were fitted and the clutch was replaced. In February 2006, the car was involved in a very minor rear-end accident. Only minor cosmetic damage was sustained to the rear deck lid, and the car was repaired by Exoticar Paintworks in Las Vegas. A photo of the incident is available on file. The car has remained in Las Vegas ever since, and over the course of the next nine years, it has traveled just over 3,000 additional miles to local car shows and on the occasional high-speed Sunday drive.

In August 2014, the car was treated to a full service by Penske-Wynn Ferrari, with its timing belts being replaced at that time. More recently, it received an annual service by Penske-Wynn this year to ensure that everything remains in running order. Accompanying the car is its original set of manuals, a tool kit, a CARFAX report, and a full complement of invoices from its current ownership.

As the most exciting and refined iteration of the Testarossa platform, the F512 M is considered by many to be the most desirable model in the series. A very rare sight in the United States, they remain highly collectible and prized for all their unique qualities. Featuring three owners from new and just under 18,500 miles on its odometer, this would be an excellent driving example for the individual looking to enjoy the thrills of flat-twelve Ferrari ownership on the open road. 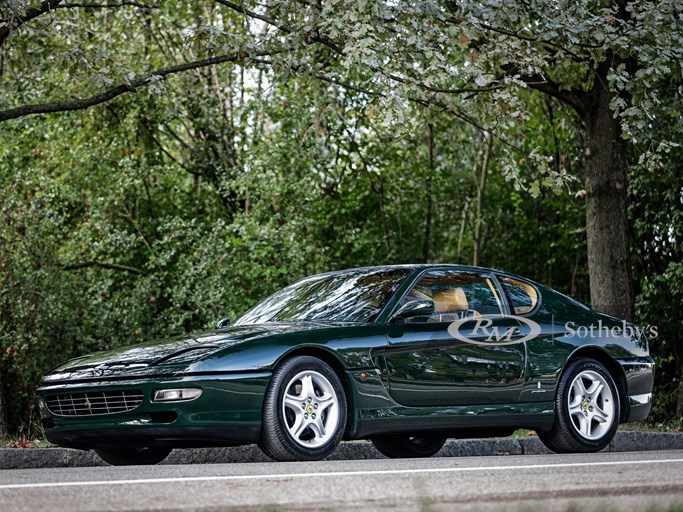