By the twilight of the 1950s, Maserati’s somewhat dire financial conditions had substantially improved, thanks largely to the cancellation of their storied but expensive racing program after 1957 and the successful introduction of the road going 3500 GT the same year. As the company’s first true mass-production grand touring car, the 3500 challenged the day’s Ferrari 250 GT models for elegance and power, and they soon curried favor with the era’s most well-heeled automotive connoisseurs.

One such suitor of the model was Mohammad Reza Pahlavi, the Shah of Iran, a long-time auto enthusiast who once roared around in Hispano-Suizas during his school days in Switzerland. Before his notorious 1979 exile, he filled his garage with a panoply of Rolls-Royces, Mercedes, and Lamborghinis. Intrigued by the 3500 GT’s potential, but ever keen on acquiring only bespoke, limited-production models worthy of the Peacock Throne, the Shah inquired if Maserati might create for him such a car, but one that was also equipped with the powerful five-liter V-8 that was developed for the mighty 450S sports racing car.

Maserati, always keen to field expensive specialty orders from wealthy clients, quickly set about the task, with engineer Giulio Alfieri reinforcing a 3500 GT chassis and dropping in one of the unused 450S motors. The 2,600-milimeter tubular chassis was equipped with disc brakes up front, and Touring of Milan was selected by the Shah to clothe the car with rakish high-waisted coachwork that suggested both subtle power and masculine elegance. The new car was publicly introduced at the Turin Motor Show in November 1959, and two additional cars were soon built to the same mechanical configuration.

Following the build of these three “first-series” cars, Alfieri modified the design to make the 5000 GT more agreeable in everyday road going conditions, as the 450S engine was famously unruly. After adjusting the bore and stroke to a slightly larger displacement, exchanging the Weber carburetors for Lucas fuel injectors, and replacing the noisy gear-driven camshafts with a triple-strand chain-cam, Alfieri produced a powerplant that was smoother, more responsive, and more appropriately refined for the elite clientele for whom the car was intended.

At almost twice the price of the 3500 GT, and bodied by no less than eight different coachbuilders to different exterior designs, the 5000 GT was a top-shelf automobile on par with the Ferrari Superamericas being produced in Maranello, and they justifiably attracted the attention of an elite ownership base that included Gianni Agnelli, Briggs Cunningham, and the Aga Khan, among other influential buyers. By the time the final car was constructed in November 1961, just 36 examples had been built, but as two of these were essentially re-manufactured, the total number is more accurately stated as 34 chassis.

This Maserati, originally built as chassis number AM103.048, was finished in gold metallic paint and appointed with a sumptuous interior of deerskin upholstery, creating a stunning livery that made for a strong impact when the car was initially exhibited at the Geneva Motor Show in March 1962. As the first Frua-bodied 5000 GT, the car displayed a number of interesting physical differences from the Touring and Allemano bodies that were produced in greater number. Its increased use of glass in the canopy was immediately noticeable. This was provided by a lower waistline that dipped through the door, and rose at the rear haunch to a higher rear glass piece. The cue has the effect of endowing the car with a muscularly curved shoulder line reminiscent of Pininfarina’s 250 GT designs. Individual sculpting details in the body lines and brightwork, highlighted by a concave trident badge mounted over the grille, epitomize the car’s stunning elegance.

After its display at the Geneva show, AM103.048 was used by French Maserati importer Colonel John Simone (a partner of Jean Thepenier) as transport from Modena to Sarthe, where the famed team owner’s Tipo 151 Maseratis were testing for the upcoming 24 Hours of Le Mans. Around this time, the car was reportedly used by the Aga Khan as well, who liked it enough to order his own Frua-bodied example (the second true Frua 5000 GT), which was constructed in August. After returning to the factory in Modena in September 1962, this car was refinished in blue-grey metallic paint and then displayed at the Paris Motor Show a month later.

After having served its duties as a marque demonstration and show car, chassis number AM103.048 was returned to the factory in the fall of 1963, refurbished by Maserati, and then resold as a new car, now as chassis number AM103.064. The 5000 GT was purchased in October by the owner of the Instituto Farmacoterapico in Rome and was then traded back in January 1966 to the factory, where it was again reconditioned and repainted in ruby red metallic paint, although the unique deerskin interior remained untouched.

The Maserati was then sold to Abdel Majid bin-Saud, a Saudi prince who bought the car for his father, the playboy King Saud bin Abdulaziz Al Saud, who was living in exile in Cairo. Capitalizing on enmities between Saudi Arabia’s Wahhabist government and the secular administration of the fiery General Abdul Gamel Nasser, the expatriate king remained a lavish guest of the Egyptians until their disastrous campaign in the Six Days War of 1967 forced Nasser to mend political fences. Rapprochement with the Saudis compelled the Egyptian dictator to ask his guest to leave, and after King Saud departed for Greece, the minimally driven Maserati was impounded by the government for tax and import levies, and it remained in storage in Cairo for literally decades. When finally removed from Egypt and offered at auction in Monaco in 2000, the car’s odometer still displayed just 12,700 kilometers, which in all likelihood was a true indication of actual miles accrued.

The highly original and modestly driven 5000 GT was then purchased by well-known Maserati collector John Bookout, and it soon became the recipient of an exacting four-year restoration that was executed by some of Modena’s best craftsmen. The restoration team included the esteemed Franco Bacchelli and Roberto Villa, old-world body men who learned their trades respectively from Piero Drogo and Sergio Scaglietti, as well as ex-Maserati factory employee and marque expert Giuseppe Candini. (Full details of this extensive restoration are documented on a photo disc that accompanies the car.) Following the completion of its restoration in 2004, the Maserati was exhibited at the discerning Villa d’Este Concorso d’Eleganza, where the car earned a First Diploma and Silver Plaque and was enshrined in the event’s Roll of Honour.

Subsequently, this Maserati was acquired by its current owner, who commissioned Daniele Turrisi, of Brusaporto, Italy, to refinish the car in ruby red metallic paint, as per its livery while owned by King Saud. The owner presented the car in September 2013 at the Schloss-Bensberg Concours d'Élegance in Germany, where the car garnered two awards, First Place in the Frua-dedicated class and a special award for Most Thrilling Design.

More recently, the car has undergone a comprehensive mechanical freshening, which included a full engine rebuild by a respected Maserati expert in Germany. Invoices for this work are available in the history file, as are the resulting dyno sheets.

As chassis AM103.064 is one of just thirty-four examples originally constructed and the first of only two bodied by Frua, it is an exceptional example of the illustrious transport that Modena was producing for the world’s most wealthy connoisseurs and elite sportsmen. The car is believed to retain its original matching-numbers engine, and it still features the unique deerskin interior that characterized its original livery, as well as a pair of door badges from its time in royal hands. This sensational Maserati has been sympathetically restored to a beautiful state, and it offers marque collectors an unparalleled opportunity to acquire Modena’s most significant prestige road car of the post-war period in its truly rare and most glamorous carrozzeria.

Please note that the 2.5% duty is not applicable to the hammer price of this lot contrary to what is stated in the catalog. 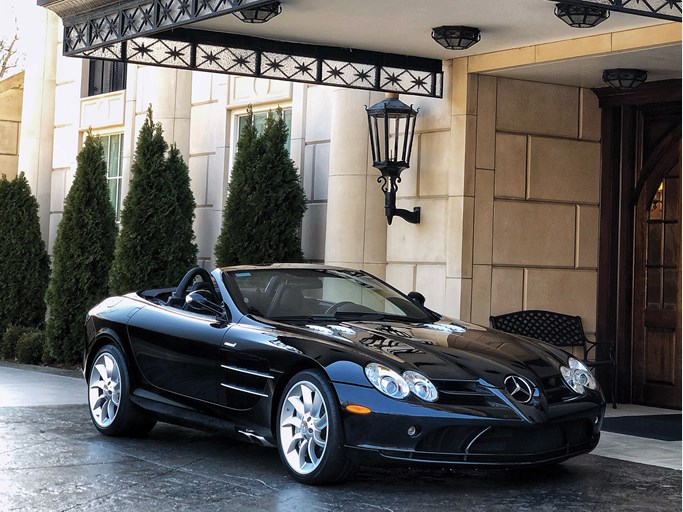 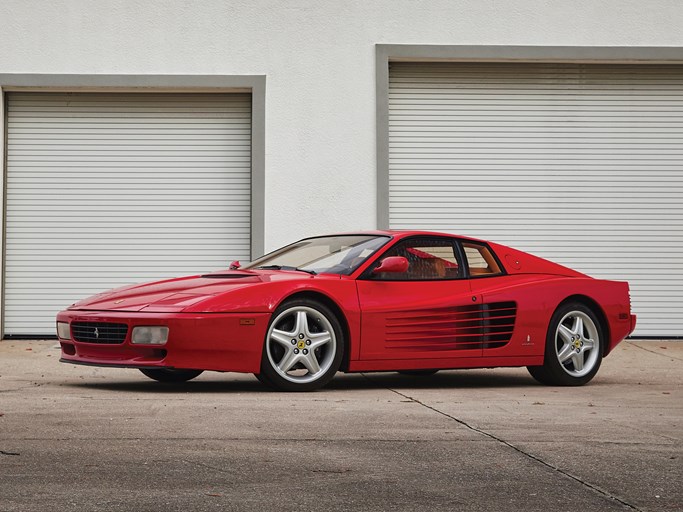 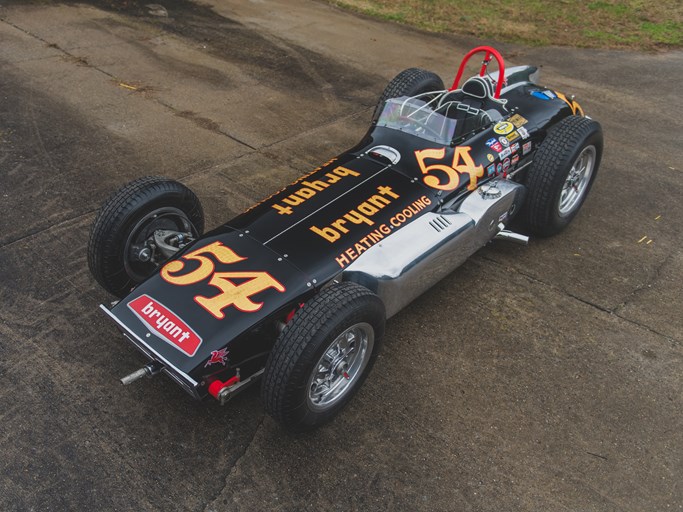