The Porsche 356 Cabriolet was a true luxury sports car in its day, as it was an expensive ($4,103 POE base price) vehicle that, despite its diminutive size and modest power output, could cruise at close to its top speed of almost a 100 mph all day. Its comfortable seats and thickly padded convertible top provided the fortunate passengers a very enjoyable travel experience.

This lovely 356 Cabriolet is confirmed by its accompanying Porsche Certificate of Authenticity to have been the 229th of 1,008 Reutter-bodied cabriolets built for the 1961 model year. It was delivered on February 22, 1961, to Celia Elkey, of Iowa City, Iowa, who purchased the car from Porsche dealer Empire Motors in Grand Rapids, Michigan. The service booklet records the next owner as being Dick Grosser, of Hiawatha, Iowa, after which the car relocated to the Oklahoma City area, where its current owner acquired it from James Robertson, of Norman, Oklahoma. It had been in the Robertson family for some years.

Mr. Robertson had the car restored to its correct original mechanical and cosmetic specifications by Hamilton Classics, of Martindale, Texas, with that work being completed in late 2011. It was repainted its original, very attractive color of Aetna Blue and has a red leather interior with a black top and matching tonneau cover. The car’s only deviations from stock are its conversion to a modern 12-volt electrical system and the installation of a set of wider chromed steel wheels, with the five restored original date-coded steel wheels being included with the car. Even though this Cabriolet’s original 1600 engine, number 604996, was replaced at some point, it currently runs a period-correct block, that is only 261 digits off the original. It has been continually maintained by Oklahoma City Porsche specialists Dumont Motorsports.

The owner states that the car has seen limited use and presents as new, with a highly detailed engine compartment, trunk, and chassis. The current odometer reading is 78,750 miles, which may well be the actual total driven in this car’s 53-year life. It is not only accompanied by its aforementioned Certificate of Authenticity but also its original driver’s manual, Maintenance Instruction for Porsche booklet, both service books, and the Blaupunkt owner’s manual in its original wallet, as well as an original jack, tool kit, spare wheel, and Covercraft car cover. A portfolio of receipts for the restoration and photographic documentation will also be supplied with the car.

This handsome 356 B Cabriolet would make a great addition to any Porsche enthusiast’s collection, as it is suitable for both weekend pleasure driving and club concours. 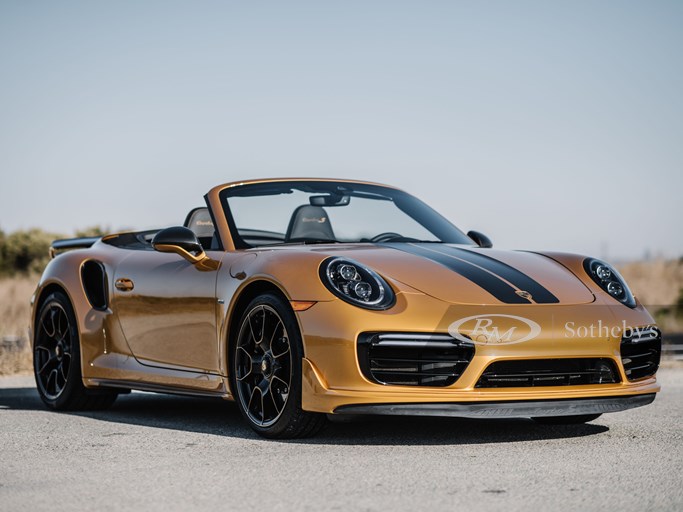