Why is the rose beginning to bud in the spring?

Why are the birds beginning to fly and sing?

And why do I have this new sensation?

It’s just the accent on youth

The accent on youth was what Packard had in spades in 1933. Yes, the grand automaker was still the choice of American aristocracy, but increasingly, a welcome hint of flash and dash began to find its way into the line. This year’s Tenth Series incorporated classically swept fender lines, but now the fenders were skirted, neatly hiding the mechanical components beneath. A graceful vee’d radiator shell hinted at the power flexed by the top-of-the-line V-12, now in its second season and built on a new tapered frame, and it featured such mechanical refinements as a single dry-plate clutch and automatic choke.

The Twelve Coupe Roadster, built on the 139-inch wheelbase 1005 chassis, was not only youthful, it was downright sporty. It was based upon an earlier LeBaron design and featured trim lines, including a convertible top that would fold completely flat and flush with the body when lowered, hence the evocative “Roadster” name. It is believed that only some 50 examples were produced, beginning with vehicle number 10. The car offered here is number 42, and therefore, it was in all likelihood the 32nd Coupe Roadster built in 1933.

From Detroit, the new Coupe Roadster traveled across the United States to the largest-volume Packard salesroom in the world, Earle C. Anthony’s palatial dealership in Los Angeles. Anthony had a reputation as a “dealer to the stars,” and indeed, on June 28, 1933, he sold this Coupe Roadster to Paul Pendarvis.

Pendarvis was born in Oklahoma and had achieved considerable fame as a bandleader in Midwestern ballrooms, most prominently at the Congress Hotel in Chicago. He released several popular records, including his signature tune, “My Sweet Heart,” and, of course, “Accent on Youth,” before relocating back to the West Coast and buying his Packard in the mid-1930s. The car’s options included, appropriately enough, an optional Philco-designed Packard key-lock radio!

Pendarvis retained the Coupe Roadster until 1945, when he sold it to a fellow Californian, Lloyd Langworthy. Two years later, it was passed to Langworthy’s son, Robert, who transferred the title of the car back to his father after entering the military in the early 1950s, but he then took the car back in 1958. Indeed, Robert Langworthy would be this Packard’s longest-term owner, possessing it for some 40 years. He owned it long enough to appreciate it as a fine Classic in the CCCA sense, and in the mid-1970s, he had the car restored in its present brown and beige color combination. The freshly completed Packard was proudly flaunted at the 1976 Pebble Beach Concours d’Elegance, where it won a class award.

Mr. Langworthy eventually sold the prized Packard to a well-known California collector and enthusiast, Larry Harvey, who in the early 1990s commissioned Mosier Restoration to completely rebuild the car mechanically. As part of the rebuild, the car was fitted with a high-speed rear end and the engine was rebuilt with a long-stroke crankshaft and other internal improvements, significantly improving the car’s performance and preparing it for the long-distance tours that Mr. Harvey enjoys.

It was undoubtedly the combination of its three-owner provenance, quality restoration, and mechanical fitness that attracted the Coupe Roadster’s fourth owner, legendary Packard enthusiast Thomas Moretti. The late Mr. Moretti restored six Packard Twelves from top to bottom, and each of them won Best in Class at Pebble Beach, which is an enviable and almost unbeatable record of success.

It is noteworthy that Mr. Moretti purchased this particular Packard not to restore but to drive, indicating that his incredibly high standards were already met when he purchased the car. In his ownership, the Pendarvis Twelve would cover some 20,000 miles, which were racked up one 1,000-mile tour and CARavan at a time.

Yet, the Packard continued to also show well, even as the restoration entered its second decade. In CCCA competition with Mr. Moretti, it eventually garnered 99 points and Premier status. Most poignantly of all, it returned to the lawn at Pebble Beach in 1998.

This lovely Packard, acquired by its present owner from the Moretti Estate, has been maintained to the high standards of its previous caretakers. It is wonderfully redolent of Hollywood in the age of the Brown Derby and the Pan-Pacific Auditorium, venues that this Packard quite likely visited with its original owner at the wheel. 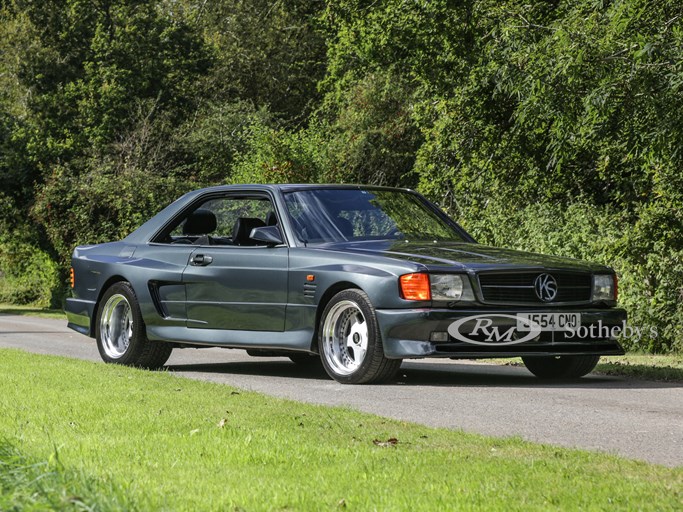