Chassis No.
06691
Engine No.
06691
Gearbox No.
58
Documents
Belgian Certificat d'Immatriculation

By 1963, the popular 250 GT series had been in production for 11 years and was approaching the end of its life cycle. Ferrari’s engineering team sought to replace the 250 series with a new, more luxurious V-12 powered alternative, while maintaining Ferrari’s fine tradition of dual-purpose “berlinetta” models adept on either road or track, which had cemented its tremendous sporting reputation. Renowned British racer, Michael Parkes—at the time a Maranello works driver—participated in considerable testing to assist in the development of Ferrari’s newest berlinetta.

The new vehicle would ultimately continue the traditional features that made the preceding berlinetta models so successful; front-engine architecture punctuated with a long front-end and short rear deck. The resulting product was the Ferrari 275 GTB, which made its debut to great acclaim at the 1964 Salon de L’Automobile in Paris. It instantly raised the bar for design and performance in a Ferrari road car.

As the “Gran Turismo Berlinetta” nomenclature suggested, the 275 GTB retained the dual-purpose sporting identity of prior Ferrari sports cars, and the elegant new coachwork built by Scaglietti was undoubtedly an extension of the legendary 250 GTO. The 275 was powered by a further enlargement of Gioacchino Colombo’s classic short-block V-12, which now displaced 3,286 cubic centimetres, and produced 296 horsepower. Optimal weight balance was achieved by fitting the gearbox directly to the rear axle, in a rear transaxle design that would become a standard practice in many ensuing Ferrari road cars. It should be noted that the 275 GTB was the first Ferrari road car to feature four-wheel independent suspension, an innovation that eventually took hold across automobile manufacturing as a whole.

A year after the 275 GTB’s 1964 debut, a second series was unveiled that featured a longer nose, a modification intended to aid aerodynamic downforce at high speeds. Despite the technical improvements, many enthusiasts prefer the first-series cars’ proportions and purity of design. Early short-nose Series I examples remain the rarest of all iterations of the 275 GTB non-competition cars, with only approximately 250 examples built.

This 1965 Ferrari 275 GTB short-nose—chassis number 06691—reached completion at the Maranello factory on 21 January 1965. The car was finished in a beautiful shade of Grigio Argento, with the cabin upholstered in Nero Connolly leather. Destined for Paris, chassis number 06691 was the first 275 GTB imported into France by the famous dealership, Franco Britannic Autos (FBA).

Being one of the earliest examples in France, this 275 GTB was used as the control car for the French homologation road test, a document on file titled “Procès verbal de reception” confirms that chassis number 06691 passed the road test on 25 June 1965. In July 1965, this example was used as the press car for the French publication Sport Auto, of which a copy is present on file. Following a busy first six months of its life, the car was then registered by FBA on 13 September 1965, with the license plate “6498 RV 75”. Following its registration, this Ferrari featured in a photoshoot with the famous French singer, Johnny Hallyday. Digital photographs of Hallyday and “6498 RV 75” are on file.

Following the photoshoot with Hallyday, FBA sold 06691 to Charles Pozzi on 5 November 1965, prior to him founding his own Ferrari dealership in 1968. By 10 April 1966, this Ferrari 275 GTB had found its second private owner, Paul Faucher, a chemist who resided in Paris and was a close personal friend of Pozzi. Monsieur Faucher retained the car for over two years, before selling to a Monsieur Pardo of Saint Hilaire, Paris—the car was noted as having covered 43,000 km at that point. Monsieur Pardo parted ways with chassis number 06691 on 1 July 1976, when this Ferrari was registered by Alain Garnier of Menneval with the license plate “5837 QT 27”. On 28 December of that year, Mr Garnier, who was living with Marcelle Lesage—his mother-in-law—decided to change the name on the Carte Grise to hers. It is believed he was contemplating the sale of this Ferrari when he made this decision, which was correct, as Ms Lesage would be the final French owner of this 275 GTB.

On 28 June 1978, the Ferrari was exported from France to Belgium. It is known that the Belgian collector, Vincent Gaye, took ownership of the 275 GTB in August 1979. At this point in the car’s life, the Grigio Argento paintwork was tired and Monsieur Gaye sent his Ferrari to the renowned workshop, Swaters – Garage Francorchamps, where the body was finished in red. At an unknown point in the 1980s, Maurice Harlaux acquired this Ferrari from Gaye and enjoyed the car over several years of ownership. Harlaux sold this example to the current owner on 17 November 1998.

At the time of purchase, the consigning owner noted that the transaxle in the car—originally numbered “43”—had been replaced with a unit numbered “58”, most likely when the prop shaft was upgraded with CV joints. In 1998, the car participated in the Liège-Rome-Liège Rally. This would be the first of many historic racing events in which chassis number 06691 would feature. For 1999, the Ferrari was fielded in the 2nd Rallye Monte-Carlo Historique, and that same year from 9 to 14 April, the car was fielded in the Tour Auto. From 2001 to 2006, chassis number 06691 was driven in the Tour Auto, Tour de España Classic, and Tour Auto Lissac.

In 2009, this 275 GTB was displayed on a stand at Rétromobile in Paris by its owner alongside the cars of Johnny Hallyday. The consignor decided to return chassis number 06691 to its original colour of Grigio Argento, with the work undertaken by Bachelli & Villa of Modena, Italy. Following the return to Grigio Argento, this example was inspected and certified by Ferrari Classiche on 13 February 2019, and is presented with its “Red Book”.

To conclude, this 1965 Ferrari 275 GTB has lived an exciting and eventful life. Being such an early French example, its connection with Johnny Hallyday, modern racing history and Ferrari certification, make it an excellent proposition for any Ferrari enthusiast. 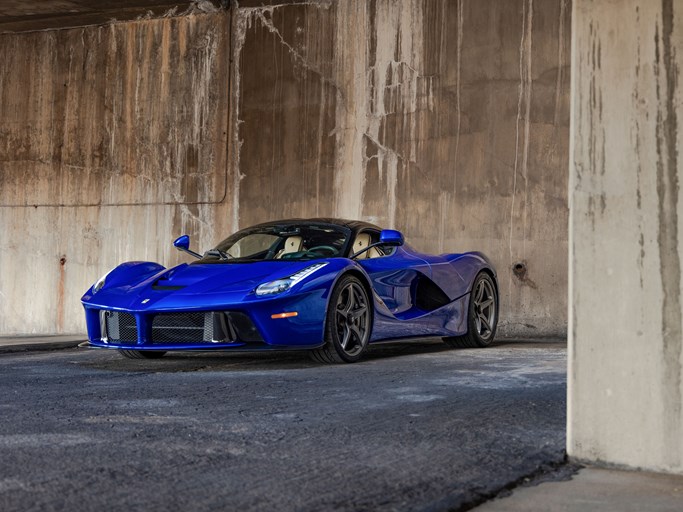 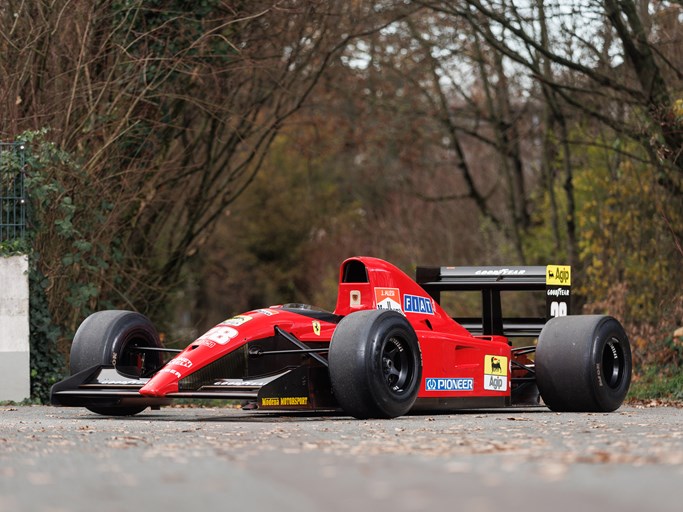