Details
Chassis No.
13183
Engine No.
B 272
Documents
US Title
Catalogue

Addendum: Further to the printed catalogue description, we are pleased to confirm that this Daytona retains its original engine and gearbox.

Please kindly note that this lot has entered the EU for this sale under a temporary import. The successful bidder must arrange for the bond to be cancelled either by exporting the lot outside of the EU on an approved Bill of Lading with supporting customs documentation or by paying the applicable VAT and import duties to have the lot remain in the EU.

The 1968 Paris Salon ushered in a new era of design and cutting-edge performance for sports cars, as it was the event where Ferrari unveiled the new 365 GTB/4 Berlinetta. Everything about the Daytona was cutting edge, and it signalled to the world, and especially to Lamborghini, that Ferrari was here to stay. While the Lamborghini Miura P400 pushed the limits of performance through utilizing a mid-engined layout, Ferrari was persistent that its two-seater front-engined V-12 formula was capable of more extreme performance, and the 365 GTB/4 proved it.

Nicknamed ‘Daytona’ by the press and other automotive enthusiasts in celebration of Ferrari’s incredible 1-2-3 finish at the 1967 24 Hours of Daytona, the Daytona certainly did not disappoint in terms of performance. Capable of producing 352 hp at 7,500 rpm from its magnificent V-12 engine, it could spring to 60 mph from a standstill in 5.4 seconds. Top speed was an incredible 174 mph, making the Daytona the world’s fastest production car, with a top speed three mph faster than the Miura P400.

Ferrari historians have confirmed that chassis no. 13183, offered here, was completed at Maranello on 5 February 1970. Finished in Rosso Chiaro (20-R-190) with Nero (VM 8500) leather interior, the left-hand-drive ‘Euro-spec’ car was fitted with the early Plexiglas nose and delivered to dealer Romeo Pedini in Perugia, Italy, and was first purchased by a Mr Rossi later in the month of February 1970. It was equipped with highly desirable factory air-conditioning as well as power windows, a radio and knock-off Cromodora alloy wheels.

The car was exported from Italy to the U.S. in the late-1970s and confirmed to be in the ownership of Avi R. Brand of Woodbury, New York, in 1979; later it was sold in 1982 to an undisclosed owner, who offered the car for sale with Graham Cox, Hallandale, Florida, and Motorcars International of Springfield, Missouri, in 1994. Ferrari Market Letter ads described it as ‘365 GTB/4, S/N 13183 (1970 Euro prod.). Red with tan interior. Plexiglass nose, Borrani wire wheels, factory a/c. Same owner since 1982. 38,409 miles. Extremely nice and original. Don’t miss this one.’ Another Ferrari Market Letter ad shows the car offered in California in April/May 1995; it was then sold to a collector in Japan later that year.

An older restoration, the car has received a cosmetic freshening and remains in its as-delivered configuration and colour combination. It is equipped with highly desirable factory air conditioning, power windows, radio and Michelin XWX tires on knock-off Cromodora alloy wheels and is described as being very correct overall providing solid driving performance.

As an iconic Ferrari equipped with rare factory air conditioning, the early Euro-spec Plexiglas nose and restored in its original colours and configuration, this is an outstanding example worthy of a collector who will enjoy driving his or her car as it was intended. 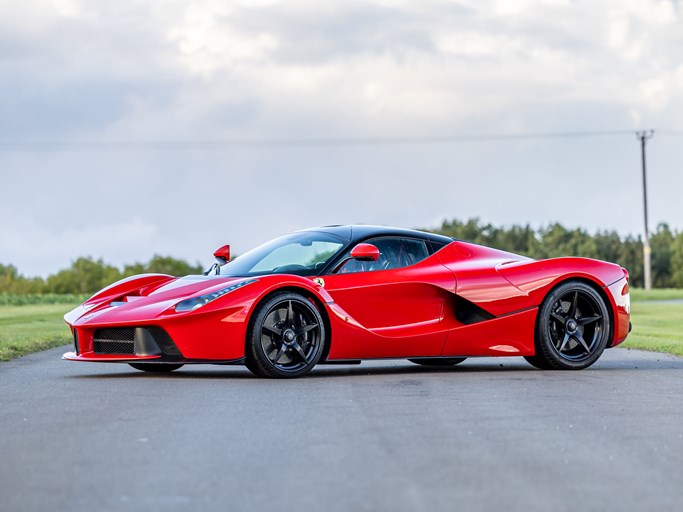 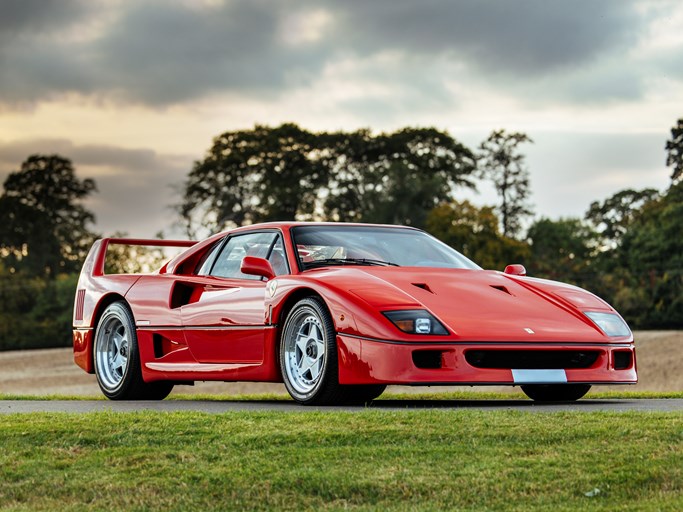