Upon breaking cover at the 2004 Paris Motor Show, the “S” version of Aston Martin’s popular Vanquish included a number of subtle revisions. While displacement of the V-12 engine remained at an impressive 5.9 litres, minor tweaks coaxed an extra 60 horsepower from the powertrain. Visual enhancements included an altered nose shape, raised boot lid with larger spoiler, and a new front splitter for both aesthetic and performance benefits. The introduction of the Vanquish S gave the model a mid-cycle refresh as the first generation of the car would stay in production until 2007.

To mark the end of production of the first generation Vanquish, Aston Martin announced the Vanquish S Ultimate Edition in February 2007. Intended to be limited to only 40 models, the English marque hoped to create a luxurious and unique special edition that not only represented the best version of the original Vanquish, which had been in production since 2001, but also to celebrate the skills of the craftspeople working on the production line at the Newport Pagnell factory, due to close at the time. The Vanquish S Ultimate Editions would be the final Aston Martin models ever made at Newport Pagnell. The limited-run cars were manufactured in a new “Ultimate Black” colour, with an upgraded interior and a personalised plaque. The limited allocation allegedly sold out within a couple of weeks, resulting in Aston Martin increasing production to 50 cars, split between 20 right- and 30 left-hand-drive examples.

The right-hand-drive example offered for sale here is a U.K.-delivery car. Remarkably, it has covered only 10,636 miles at the time of cataloguing. Presented in its special shade of Ultimate Black, the black leather interior complements the overall colour scheme, and a unique plaque on the door sill indicates that this is the 37th made of the 50 Vanquish S Ultimate Edition models. The vehicle is presented with full service history by Aston Martin Works as evidenced by the stamped service book and supporting invoices from 2012. 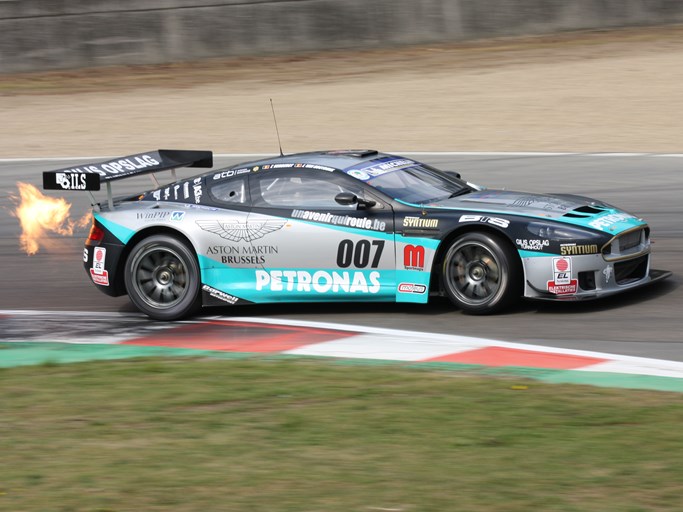