According to Maserati Classiche, this Khamsin was completed by the factory in August was originally finished in Argento over a Black leather interior. Delivered new to Los Angeles, the car spent its early life in the U.S. By 1999, the car had been exported to France and later was owned by Jean Graziani who lived in the south of France according to marque historian Marc Sonnery. He kept the car until August 2001 when it was purchased by a collector in Belgium.

With Graziani, the car was converted to European specifications, fitting the smaller and more desirable European-specification bumpers and taillights. At this time, the car was repainted in its original Argento. The car was later exported to Jersey and first registered there in 2011 when it was purchased by Ben Liebert, who drove the car in Marc Sonnery’s Khamsin Quaranta, celebrating 40 years of the Khamsin in June 2012 (Sonnery is keen to note that there will be a 50th anniversary “Khamsin Cinquanta” taking place in June 2022, with a goal of assembling 50 Khamsins). At some point prior to this, the interior was retrimmed in its present beige.

While registered in Jersey, the car was shipped to the U.K.-based marque specialists at McGrath Maserati in late 2011. There, the car was disassembled for a comprehensive mechanical and cosmetic rebuild. The car was found to be in overall sound condition with only slight rust to the rear sub-frame. The engine was extensively cleaned and fitted with new valves and cylinder liners, and the carburetors were stripped and cleaned. The gearbox was also removed and fully rebuilt. New shock absorbers and springs were fitted and the suspension was rebuilt with new bearings, joints, and bushings. Inside, the base and back of the front seats were retrimmed along with new carpets fitted and the weatherstripping in the doors was replaced.

Upon the completion of the work, the car was run in by McGrath for roughly 450 miles. In total, invoices for this work amounted to a whopping £110,068.29, and the invoices are accompanied by photos of the work completed in the history file. It should be noted that the original speedometer and odometer were at some point replaced with one reading in kilometers. Although the car is presently fitted with an odometer and speedometer reading in miles, the current mileage reading is not correct.

Representing the final Maserati constructed under Citroën management, the Khamsin hold an interesting place in Maserati history. With only 430 examples produced, these cars are seldom seen but have a passionate following who adore their Bertone design and driving dynamics. This example presents wonderfully and would surely be a thrill to drive and enjoy.

Still For Sale
Price Upon Request 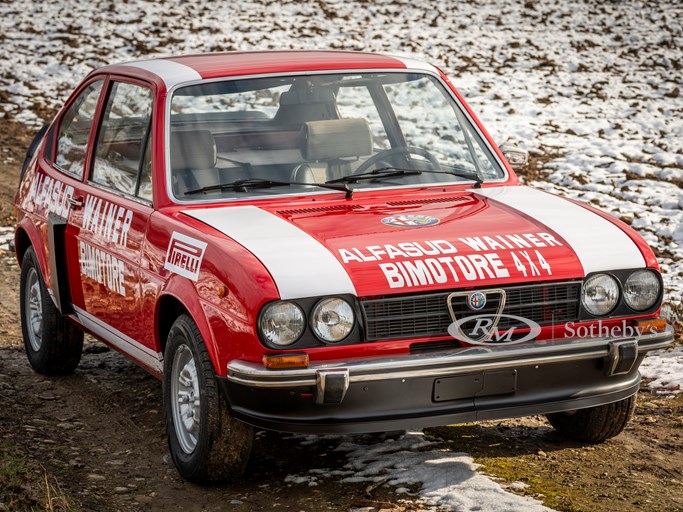 Still For Sale
Price Upon Request