Catalogue
Chassis No.
Engine No.
AM300/3/1653
DBA/1274
Addendum: RM Sotheby’s is pleased to announce that this car is now EU taxes paid and is offered with a UK V5C.

The landmark DB2, considered by many the first ‘real’ post-war Aston Martin, was introduced in May 1950. The ultimate and most highly refined variant, the DB Mark III—the ‘2/4’ designation was eventually dropped—was introduced in March 1957 and produced through July 1959 in both fixed and drophead coupé form. While the later DB5 is most often associated with James Bond, Ian Fleming’s original novel Goldfinger actually had 007 driving a DB Mark III. In fact, the Mark III was the only car in his books equipped with the ‘Q-Branch’ lethal gadgets Bond fans associate with Aston Martins.

Newly hired to Aston Martin, engineer Tadek Marek was given the task of thoroughly revising the six-cylinder engine, increasing output substantially. Known as that DBA engine, at the time it was stated to produce 162 bhp. Other mechanical changes concerned the brakes; for the first time, front disc brakes were offered as standard, though only after the first 100 Mk IIIs.

Styling and body fittings were also updated, most notably with a new DB3S-style grille opening, courtesy of Frank Feely. This style grille would become a trademark of Aston Martin and has continued through present-day models. For many, the Mk III was the most beautiful road-going Aston Martin yet.

Presented as an excellent opportunity for a restoration, offered here is chassis AM300/3/1653, which is a rare factory original left-hand-drive model, perfect for the Aston Martin fan who wants a project that could become the ultimate concours winner, a lovely Sunday driver, or even an ode to Ian Fleming. 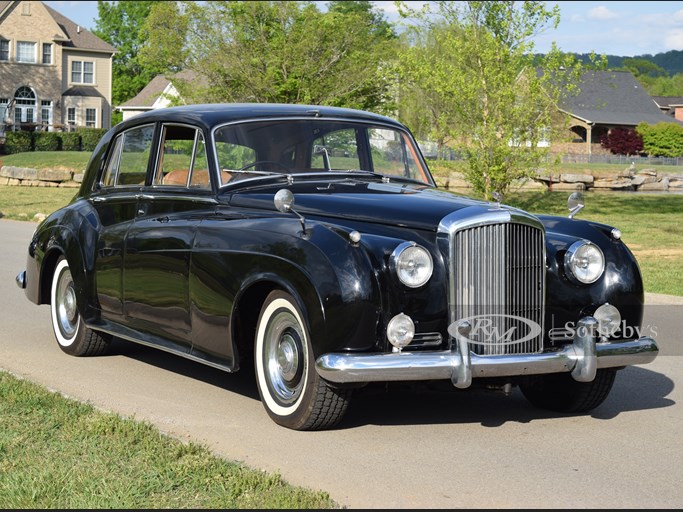