In honour of the 40th anniversary of Aston Martin’s incredible 1959 victory at Le Mans, the marque built just 40 exclusive supercharged versions of their V8 Vantage. Unveiled next to the race-winning DBR1/2 at the 1999 Geneva Motor show, the so-named Vantage Le Mans was not just a ‘paint and trim’ special—it was a fully enhanced and upgraded model.

The Vantage Le Mans specification included a special front spoiler with larger cooling ducts added to improve downforce. The side vents in the Le Mans were reshaped, while the fuel caps were redesigned to look like fuel valves—all elements to hint at the DBR1. Inside, the sporting treatment continued, with perforated pedal pads, aluminium gear-lever knob, and brushed metal panels replacing the traditional wood veneers. This exclusive model was sold as a spectacularly expensive Works Service conversion post-production to avoid the thorny issue of homologation.

All V600 Le Mans were originally equipped with the V590 engine before returning to the factory to be re-engineered and upgraded by Aston Martin Works to the impressive V600 specification of 600 hp and 600 foot-pounds of torque. Vantage Le Mans specification also included the Driving Dynamics modification with the uprated brakes and suspension mechanisms and hollow magnesium Dymag wheels. For the Aston Martin connoisseur, the Vantage Le Mans represents the last of the truly coachbuilt cars, as the marque turned towards automation in the 21st century.

After being sold from its original owner in 2001, chassis no. 70256 was sold by the second owner with just 13,000 km on the odometer. In 2011, the car had completed less than 30,000 km and was being maintained by Auto Performance in Paris. Now offered from the third owner, this V600 retains its original colour scheme of Aston Martin Racing Green over Tan leather seating and matching Green carpets.

An Aston Martin for the true enthusiast, this coupe is perfect for any owner who is seeking the perfect marriage of power, speed, and luxury. 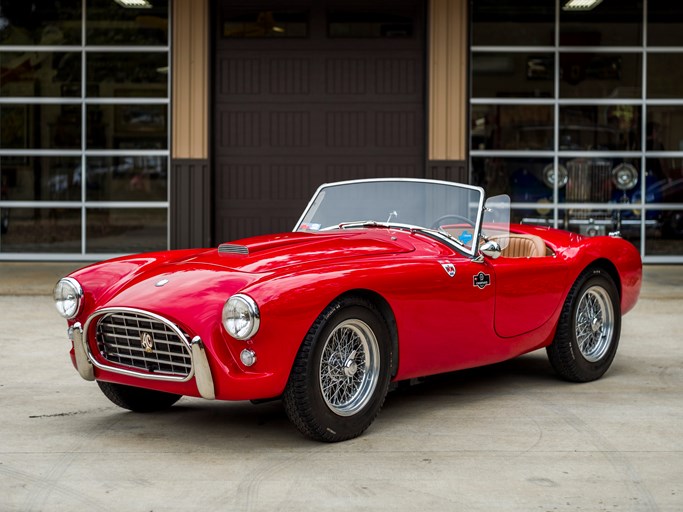