Looking to reinvigorate sales and interest in the Aston Martin brand, Ford teamed up with the legendary Italian coachbuilder Zagato. In 2002 they endeavoured to create a limited-production grand touring car in the spirit of the DB4 GT Zagato of the 1960s and the V8 Vantage Zagato of the 1980s.

In designing a car more alluring than the current model DB7, already considered to be one of the most attractive of its era, Zagato certainly had their work cut out for them. However, the Italian design house did not disappoint, and the resulting cars, the DB7 Zagato and DB AR1, are considered by many to be two of the most attractive Aston Martins ever produced. Although the DB7 Zagato coupes were only available in the European and Asian markets, the roadster was produced especially for the American market, hence the ‘American Roadster 1’ designation.

First shown at the 2003 Los Angeles Auto Show, the DB AR1 was an exciting roadster that remained true to the design of its closed sibling, albeit fully open. It was instantly regarded as one of the best designs that either Aston Martin or Zagato had produced and quickly became one of the most desirable Aston Martins of modern times. It offered time-honoured Zagato design cues with a modern flair combined with exceptional performance. The DB AR1 accelerates from 0–60 mph in just 4.9 seconds and offers a top speed of 186 mph, figures only slightly bettered by the legendary Vanquish.

Fitted with the more powerful ‘GT’ version of the 6.0-litre Vanquish V12, as noted by the ‘AM2A’ engine prefix, the DB AR1 is capable of delivering an impressive 435 bhp. The active sports exhaust system with rear muffler bypass valves provides the DB AR1 with a very distinctive and thoroughly exciting exhaust note befitting such an automobile. The DB AR1 is also fitted with the DB7 GT quick-shift gear lever and special multi-spoke 19 in. alloy wheels with low-profile tyres for excellent road-holding performance. Braking is supplied by Brembo discs and a V12 Vanquish brake booster unit for a firmer and more consistent pedal feel.

Presented in the rarely seen colour combination of Silver over Red leather with black carbon-fibre fascia, number 088 is one of just 99 of these limited-edition roadsters ever produced. A highly desirable variant of Aston Martin’s iconic DB7, and a beautiful representative of that lasting partnership between the British marque and Italian design house, this DB AR1 will delight its next lucky custodian. 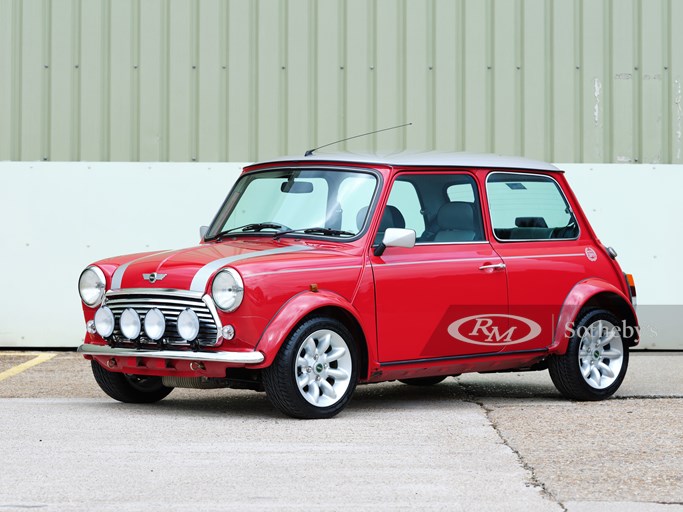