The Porsche 356 B was unveiled at the 1959 Frankfurt Auto Show. It brought a facelift to the increasingly sophisticated and highly desirable German sports car. To help meet the requirements of its most important export market, the United States, Porsche’s designers changed the car’s profile by raising its front wings and headlamps. New bumpers with large vertical guards that were mounted several inches higher at both ends provided better parking protection.

During the evolution of the 356 B, the body nomenclature changed in 1962 from T5 to T6; the newer design brought a larger front boot lid with a squared-off front edge, a larger chromed bonnet handle, two engine-cooling grilles, a redesigned instrument panel with improved instrument positions, a better inside rear-view mirror, a redesigned fuel tank that provided increased luggage space, and a relocation of the fuel filler to the top of the right front wing, eliminating the need to open the front lid for access to the fuel tank cap.

The 356 B was offered in coupe, roadster, and cabriolet styles. The cabriolets were quite luxurious vehicles, as they were equipped with standard leather seats and a thickly padded folding top. All these variants could be had with a choice of three compact and efficient air-cooled OHV engines: the 60-horsepower Normal, the 75-horsepower Super, and, like the example offered here, the very potent Type 616/7 ‘Super 90’, so named for its peak horsepower at 5,500 rpm.

The Super 90 gained its muscle from a higher-lift camshaft, a 9.1 compression ratio, and a pair of larger 40-millimetre Solex PII down-draft carburettors. Engine lubrication was upgraded for better longevity, and a stronger Hausermann clutch package was adopted. With this more powerful engine and a curb weight of less than 900 kilograms, Super 90s were claimed by the factory to be capable of a 185 km/h top speed whilst returning 27 mpg. Large finned-aluminium drum brakes provided more than adequate stopping power.

The car offered here, Chassis no. 155389, was completed at the Porsche factory on 30 June 1961. A left-hand-drive European-specification example, it was delivered in 6007B Grey with black leather interior. Though its earliest history is unknown, the car was recently fully restored in Italy and presents beautifully. Retaining its original engine, chassis no. 155389 remains in excellent condition and will be a fine addition to any significant sports car collection. 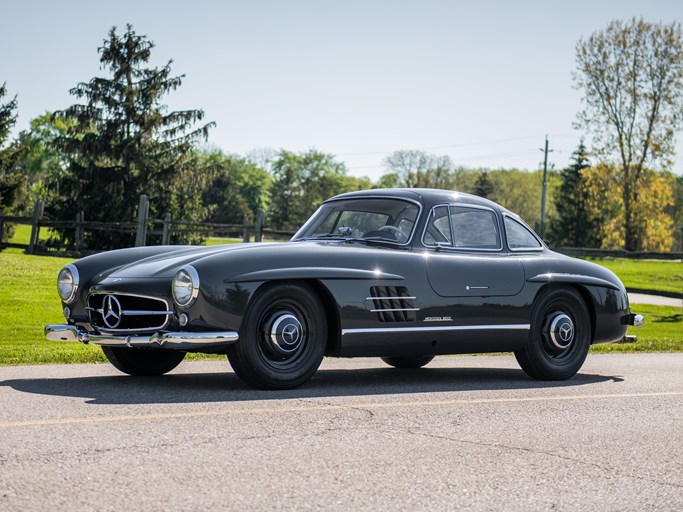