Produced on the 29th of July 2005 and built to RHD specifications, rather than reside in its native England, this Vanquish S was destined for the Far East and was delivered new to Hong Kong. It was finished in a stunning and seldom seen specification of grey over a two-tone black and orange interior. Late-production Vanquishes could be equipped with satellite navigation by the factory, and keen eyes will notice the blacking plate over the space where this would normally reside, as Asian market cars were not offered with satellite navigation. The car’s first owner was Francis Yeung, as evidenced by the personalization plates on the doorsills.

Acquired by its current owner a few years ago, the gentleman whom he acquired the Vanquish from had decided to convert its gearbox to a six-speed manual. The Vanquish’s original manual transmission managed by a hydraulically activated clutch was considered by many to be the Vanquish’s Achilles’ heel so much so that Aston Martin Works was convinced to offer conversions to a ‘traditional’ manual transmission. These conversions could be carried out at Aston Martin Works in Newport Pagnell or selected dealerships overseas. The gearstick itself fits into what used to be the ashtray and the paddles are removed and steering column recovered to make for a factory-born appearance. Carried out in September of 2015, the accompanying invoices for this car’s manual transmission conversion are included in the car’s history file, totalling to over £32,000, along with a certificate of conformity.

Always serviced by official Aston Martin service centres in Hong Kong, this Vanquish has travelled just 8,700 km from new and presents very well throughout. The pinnacle of the first generation of Vanquish, the Vanquish S is a quintessentially British grand tourer and a worthy alternative to a Ferrari 575 six-speed manual, for only a fraction of the price. Presented in spectacular colours, this Vanquish S cannot be missed. 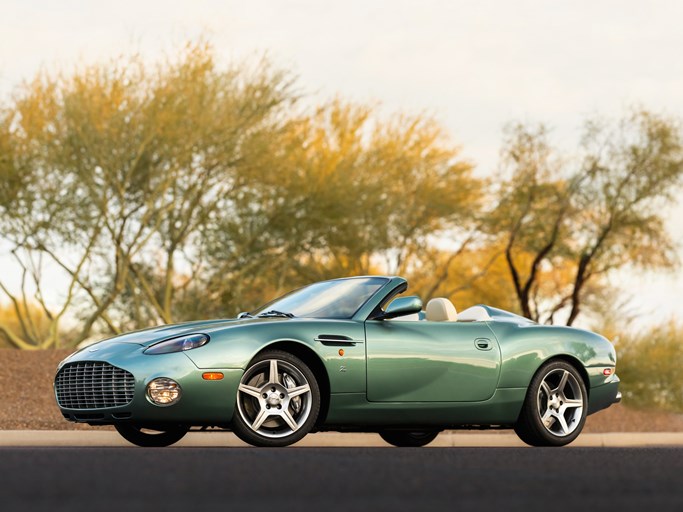