First offered in 1962 as a replacement for the flagship Maserati 3500 GTi, the Maserati Sebring is an elegant expression of mid-20th century Italian design. Named in recognition of the storied Bolognese manufacturer’s 1957 triumph at the 12 Hours of Sebring, the Sebring was designed to take full advantage of the open expanses and the smooth, modern freeway system of the U.S. market. Powering the car is a 3,485-cc, 235-hp inline six-cylinder engine shared by the 3500 GTi.

The Sebring could accelerate to 60 mph in approximately 8.5 seconds and could achieve a top speed approaching 140 mph. Despite its impressive performance, the car is not a lightweight sports car in the classical sense; it is clearly a luxurious grand touring car with its comfortable and well-appointed 2+2 interior. Underlying the steel body and giving it strength was an all-new tubular steel frame, which also supported the independent dual wishbone front suspension, semi-elliptical rear leaf springs and four-wheel disc brakes.

In period, the Maserati Sebring proved popular amongst those of means and a second series, featuring progressively larger six-cylinder engines as production continued, was developed. The Series I cars are highly prized by collectors for their purity of design. Though some sources disagree, it is thought that a total of approximately 448 Sebrings were produced, with 348 Series I cars being finished before 1966.

Chassis number AM101 02113 was completed in February of 1964 and was delivered new to Torino, Italy. Built with the fuel-injected, 3500 GTi engine mated to a five-speed manual transmission, it featured Grigio Albany paint and blue leather upholstery from the factory. Later in its life, the car was exported to the United States where it was acquired by its current owner a few years ago. Upon his move to Europe, he elected to take the Sebring with him. When it arrived in Europe, the car was brought to an independent specialist in the UK and fully restored in its original shade of Grigio Albany over a black leather interior, finished by the optional and very attractive Borrani wire wheels. The car retains its original engine, number 2177, and Lucas fuel injection, as noted in information provided by the Maserati Classiche department.

A fine example of one of the Series I Sebrings, it will make an ideal companion at car shows and a comfortable warm-weather touring car. No matter where or how it is enjoyed, it will provide any driver with a finer understanding of the subtleties of a fine Italian automobile. 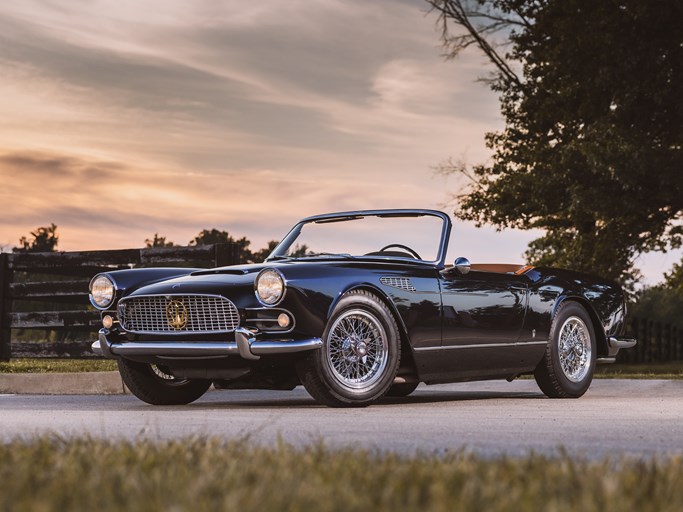 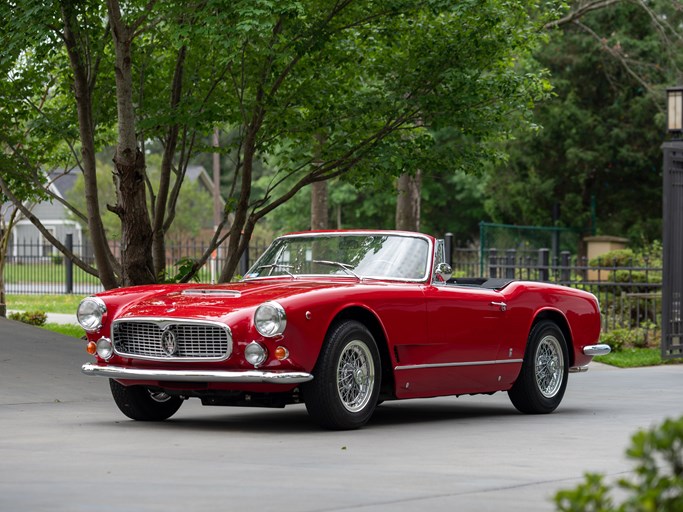