Introduced at the Pebble Beach Concours d’Elegance as Aston Martin’s new flagship in 2007, the DBS retained similar looks to the DB9 yet was visibly more masculine and muscular in form, hinting at its increased power under the bonnet. A direct, yet more gentlemanly, competitor to Ferrari’s 599 GTB, the DBS pulled at enthusiasts’ heartstrings from the moment it was announced, and it was arguably one of the most desirable cars that money could buy when it was new. Featuring on the silver screen as James Bond’s car of choice in both Casino Royale and Quantum of Solace, the DBS’ place was cemented in Aston Martin and movie history, becoming a must have for any Aston Martin collector and a dream car for James Bond fans around the world.

Two years after production began on the coupé, the drop-top DBS Volante was introduced in 2009, adding to the car’s overall desirability. Other than the addition of its convertible top, the DBS Volante remains highly similar to its closed sibling, still boasting Aston Martin’s lauded 6.0-litre V-12 engine, rated at 510 brake horsepower, and breath-taking lightweight bodywork. Rather than fit a folding hardtop, Aston Martin decided to go for a soft-top convertible in order to add as little weight as possible and preserve trunk space. Furthermore, the roof can be raised or lowered in just 14 seconds, even while at speeds of up to 30 mph!

The second production-specification DBS Volante built, this particular car is a highly compelling example with a fascinating story. As one of the earliest examples, it bears the chassis number of a DBS coupé. Finished in Storm Black over a matching Obsidian Black interior, it is one of just eight examples produced in right-hand drive with the desirable six-speed manual transmission. It was originally retained by Aston Martin and used a factory demonstrator before being sold. Currently showing just 45,600 miles from new, the car has benefited from regular servicing its whole life. The last service was completed at 42,532 miles, and the carbon-ceramic brake discs and pads were replaced at 43,000 miles. Furthermore, the Volante is accompanied by a file of service receipts along with its original factory registration.

A true gentleman’s open-top GT, the DBS is a car that sacrifices nothing in the pursuit of giving its driver and passengers an incredible driving experience. With the manual gearbox providing a significant performance upgrade over the automatic transmission, this DBS is not only gorgeous, elegant, and practical, but also thrilling to drive.

As the first of only eight right-hand-drive DBS Volantes fitted with a manual transmission, and the second DBS Volante produced, it is only fitting that the car should be offered here in London. The perfect acquisition for a British Aston Martin connoisseur looking for a car that is both collectable and practical to enjoy—and that has a unique history—this DBS Volante is ready for many more miles of top-down motoring. 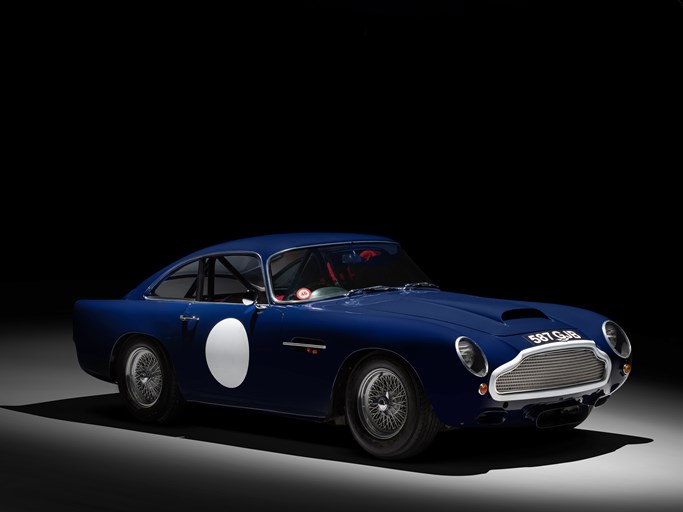