Ferrari’s 612 Scaglietti was first shown to the public at the North American International Auto Show in Detroit in 2004. Replacing the 456 GT, the 612 Scaglietti was the company’s newest car in a grand tradition of four-seater V-12 grand touring cars that could trace its roots to the 250 GTE of 1960. With flowing lines and a subtle design, this was a true “gentleman’s express”, capable of crossing continents at high speed whilst also keeping its driver and passengers in great comfort throughout the journey.

Although easily capable of carrying four adults plus their luggage, the 612 Scaglietti also benefitted from plenty of performance, keeping with its fabled heritage. With 540 brake horsepower at 7,250 rpm, it could sprint to 60 mph in just 4.2 seconds and would go on to a top speed of 196 mph. This performance was partially in thanks to an aluminium space-frame chassis with alloy bodywork, which both reduced weight over the 456 and increased torsional stiffness by an incredible 60%, making its handling just as exciting as its top speed and acceleration.

The 612 presented here is one of only forty-three manual transmission 612 Scagliettis produced for the European market. Finished in a brilliant and very subtle colour scheme of “Extra Campionario” (special order) Canna di Fucile over a Rosso leather interior, there could be no better automobile for the enthusiast looking to fly under the radar in a car capable of nearly 200 mph. The car was delivered new to France and is currently with its second French owner; accordingly, it has always been serviced within the Ferrari France network, with its most recent service being carried out by S.E.C. Lecoq. It has been upgraded with an Alpine HiFi sound system with a touch screen display, which features a GPS system, iPod compatibility, a CD player, and a rearview camera. The car shows just 8,200 kilometres from new and comes complete with its original books and tools. Furthermore, it has received a one-year extension on its New Power Approved Warranty from Charles Pozzi Ferrari in Paris.

As Ferrari only offers their current models with the F1 transmission, the final models of Ferraris bearing the Cavallino Rampante and being fitted with a manual transmission have become increasingly desirable over the last several months. These cars offer modern performance along with an unparalleled sense of involvement. In terms of this 612 Scaglietti, this would be the final four-seater Ferrari offered with a manual transmission, making it seemingly the perfect vehicle for the tifosi to enjoy the finer points of V-12 Ferrari ownership with their family.

The 612 Scaglietti presented here is in spectacular condition, clearly having been properly maintained and enjoyed by loving enthusiasts for its entire life. This is a car that truly needs nothing other than to be driven and enjoyed as one of the last and greatest analogue-Ferrari V-12 models. 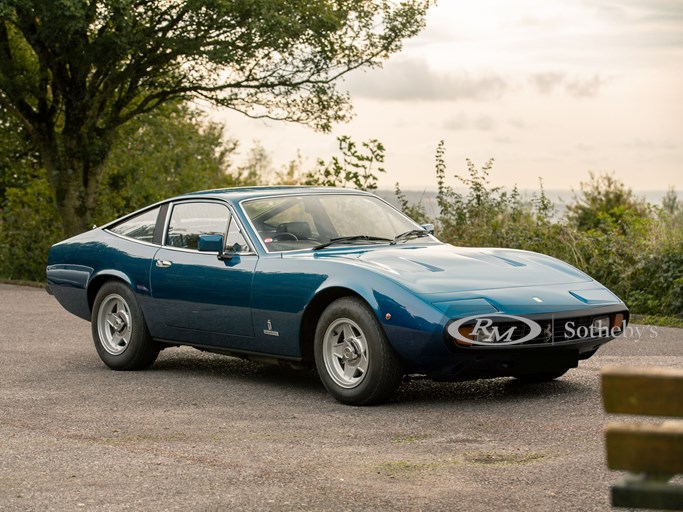