Addendum: Please note that this car is fitted with its correct 947cc engine, not 847cc as listed in the catalogue.

Please note this vehicle is now offered on Bill of Sale.

The 24 Hours of Le Mans had been running for seven years when the first all-women crew entered the race in 1930. French ladies Odette Siko and Marguerite Mareuse finished 7th overall in their Bugatti Type 40. Their achievement was to pave the way for women racers at Le Mans, and they could have been the inspiration for this car, chassis number PA/1711, entering the 24 Hours of Le Mans in 1935 with its own all-women crew.

In fact, PA/1711 is the sole survivor of a three-car team put together by MG to publicise the new P-Series, which had been introduced in 1934. The idea was that three identical Works cars would be entered and driven by three teams of women, with the enterprise managed by Captain George Eyston, who had raced at Le Mans himself in 1928 and 1929. As was perhaps to be expected during the 1930s, the press in the UK seized upon the fact that there were to be three teams of women competing in the notoriously tough race, referring to the women as “Eyston’s Dancing Daughters”.

MG meant to showcase the PA/B in the best possible light and went to great lengths to ensure that it was competitive. The three cars were assembled at MG’s Abingdon headquarters, and there remains a detailed record of the 205 hours spent on each entrant, with a comprehensive work order for each car, copies of which accompany the sale of the car. The cars were fitted with cycle-type aluminium bodywork, aluminium louvered bonnets, and an aero screen for the driver, which was necessary when travelling at speed down the Mulsanne Straight. In addition, the car’s luggage space was modified so there was space for spare tyres. There were also special door locks, quick filler caps, racing wheels, a radiator, and headlights fitted with stone guards. Each of the cars entered benefitted from double fuel pumps, Q-Type brakes all-round, and J-Type gearbox ratios. The engines were blueprinted, with a lightened flywheel, Q-Type racing valves, and springs, whilst the head was polished and an air scoop was fitted to cool the sump.

To ensure the best possible chance of success, MG handpicked its drivers carefully. Each of the women selected had a record of racing, with a history of competing at Brooklands, in club racing, rallies, and hill climbs. Facing the prospect of competing at Le Mans, Richmond and Eaton travelled all the way from Australia.

Throughout the race, the three-car MG team benefitted from the cars’ bulletproof reliability. In fact, the only technical glitch throughout the entire race involved a light bulb change on the #55 car. Other than that, an argument with an official, who claimed that one car had been refuelled before the required time—an infringement which could have resulted in disqualification—was the only moment of real drama, but it was quickly resolved.

The women made steady progress throughout the race, with the cars finishing 24th, 25th, and 26th from a field of 58 starters. The only deviation from their pre-agreed upon plan was that the car offered here, #56, would finish first amongst the team, instead of in numerical order.

Despite being eligible for the Biennial Cup the following year, Lord Nuffield closed the MG Racing Department prior to the 1936 race, which ended up being cancelled due to strike action. Despite that, PA/1711 would continue to compete, with the added bonus of a supercharger fitted post-Le Mans by the factory. It remains the only one of the three original MG team cars (one was modified and the other is presumed destroyed).

The car benefits from an older restoration and is offered with a comprehensive documentation file, including a large number of period photographs and invoices. It is also presented in excellent condition, seemingly having not seen competition since its restoration. With factory-backed Le Mans racing pedigree and a unique back-story, PA/1711 would still, to this day, be as at home on the Circuit de la Sarthe, competing in the Le Mans Classic, as it would at any number of the events where it would be welcomed with open arms. 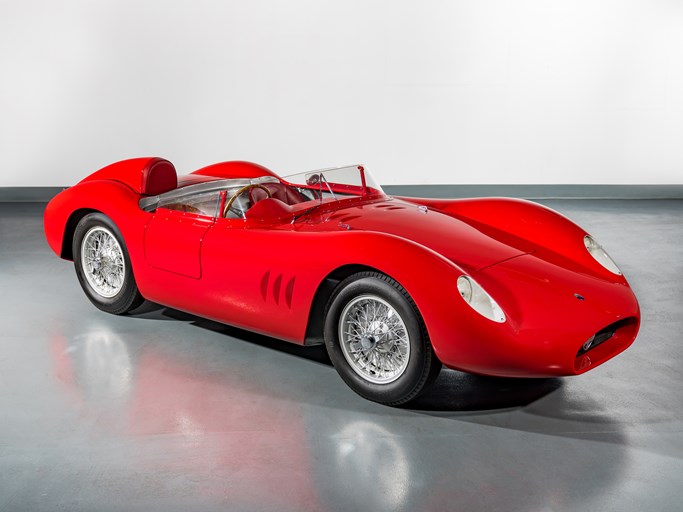