Businessman Errett Lobban Cord sought to take the Auburn Automobile Company, a small and struggling Indiana automaker, to national prominence. One of his many successes was the development of the Auburn Speedster, which was intended as a showroom draw that would be built and sold in limited numbers to attract new customers. Its racy bodywork, styled by the great Alan Leamy, featured a dramatic tapering rear end and angled doors, appearing to have been shaped by the force of the car’s power.

The Speedster, which was adapted from a Duesenberg show car bodied by McFarlan, was a performance icon that was advertised as “the biggest package in the world for the price”. As it sold for under $1,000 but offered a remarkable top speed of 100 mph, thanks to special chassis and engine modifications unique to this model, it became a legend in its own time. Not only did it make everything else look old-fashioned overnight, but it also had an emphasis on open-air performance for two passengers, making it the only true American sports car of its time. Indeed, early Auburn Speedsters were raced on two continents, appealing to such European drivers as Sir Malcolm Campbell, who drove one as a road car.

The car offered here is reportedly one of only two dozen first-generation Speedsters known to survive, and it is well known to be an authentic example that was built on the most desirable “Big Eight” 120 chassis. It was formerly owned by Allen Woodall, of Columbus, Georgia, who sold it in the mid-1970s to another very well-known American collector, Jack Miller. Mr Miller reports that he drove this very original example on numerous long-distance CARavan tours with the Classic Car Club of America, and he “never had a complaint about that car”.

In the early 1980s, Mr Miller traded the car to a respected enthusiast, the late Rick Carroll, in a deal involving a 1933 Pierce-Arrow. It was later sold to Dr Art Burrichter, of Florida, from whom Mr Miller reacquired the car, which also involved a trade with that same Pierce! It was resold shortly thereafter to the late Bill Lassiter, becoming part of his world-renowned stable of the finest performance cars from all eras. Lassiter eventually sold the Auburn to a European enthusiast, and it has remained on the European continent ever since, as one of the few original Speedsters lucky enough to have resided on these shores.

The car remains in very authentic, attractive condition, and it is finished in the correct factory colours of Navahoe Red and black, with painted wire wheels shod in wide whitewall tyres. Such features as the sharply angled vee’d windshield, dual side-mounts, and even the large spotlight on its running-board-mounted post are all authentic, and they all add to the car’s jaunty appearance.

Driving an original Auburn Speedster on the road is a truly amazing experience, one akin to an SS Jaguar 100, with its low doors, a snug but comfortable cockpit, and breezy open-air sportiness. This wonderful Auburn is offered from decades of known history to a new, loving caretaker, and it would be welcome on many events in both the United States and Europe, from Auburn Cord Duesenberg Club tours to UK rallies. It continues to offer the best package in the world for the price! 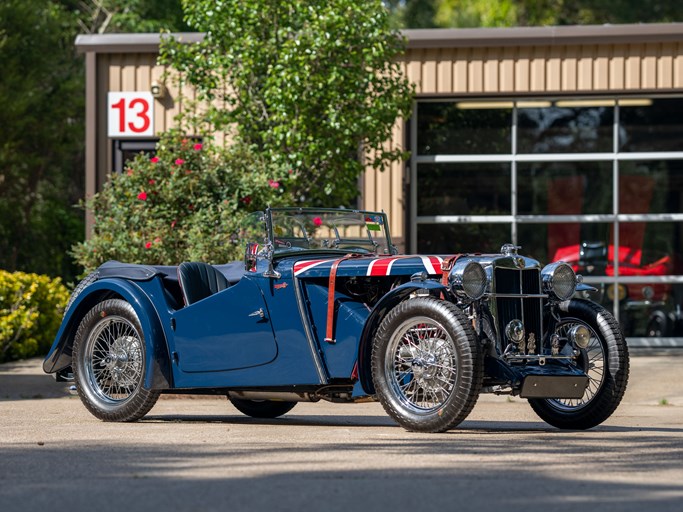