Some of the most brilliant and revered thoroughbreds to emerge from Maserati’s stable during the 1950s were the company’s four-cylinder sports racers, which debuted in 1955. Like Porsche, Maserati took note that the 1.5-litre sports car class lacked significant competition from any manufacturers other than OSCA, so the Tipo 53 project was commissioned utilising the 4CF2 engine, which displaced just under 1,500 cubic centimetres. In due course, the motor was enlarged to displace two litres for the succeeding 200S and 200SI models, and though both cars showed much promise in their duels with Ferrari’s TRCs, Maserati was increasingly preoccupied with its 300S six-cylinder sports racer.

Nevertheless, at the Buenos Aires 1000 km on 20 January 1957, a new development of the four-cylinder car appeared during practice. Featuring a version of the 200SI’s engine that was further bored to 2,489 cubic centimetres, the so-called 250S caused quite a stir when Juan Manual Fangio drove it in practice to some of the day’s best lap times, even besting Ferrari’s 3.5-litre V-12 cars. Despite the strong showing, the 250S was deemed to still require further development before properly entering a race. Unfortunately, that plan increasingly fell by the wayside as the 300S dominated the year’s agenda, and Maserati eventually cancelled their race programme altogether following the 1957 season. As a result, only four examples of the sensational 250S were ever built, with three of the four cars featuring enlarged versions of engines that originally displaced two-litres.

Chassis number 2432 is believed to be unique among the four 250S examples, as it is the only car originally built with a displacement of 2,489 cubic centimetres. As such, it is, in essence, the only true 250S ever produced, as the others were fitted with engines that began life as 200SI-specification motors.

Original Maserati build sheets indicate that 2432 was constructed on 31 December 1957. Like many cars that Maserati retailed to the burgeoning American privateer racing market during this period, two of the 250S examples (chassis numbers 2431 and 2432) were sold in early 1958 to Hall-Shelby Distributors, in Dallas, Texas. Few destinations in American sports car racing could have been more significant, as both Jim Hall and Carroll Shelby would soon forge immense legacies in racing history. As is well known to automotive enthusiasts, within years Hall went on to create his famous big-bore Chaparral sports prototypes, whilst Shelby quickly graduated to driving for John Edgar’s Southern California Scuderia before continuing on to his now-legendary pursuits with Aston Martin and Ford.

Hall and Shelby campaigned both 250S cars during the 1958 season’s early events, sometimes using one car solely for practice. Hall finished 3rd overall and a 2nd in class at the SCCA Regional at Mansfield, Louisiana, on 9 March; it also finished 6th overall at the Galveston event on 20 April and took the chequered flag at Eagle Mountain, Texas, on 8 June. As both 2431 and 2432 attended these races, it is not entirely clear which of the two cars enjoyed the aforementioned results; though, it is certain that both were raced by each of the legendary drivers, and most likely, 2432 was responsible for some of these racing triumphs.

According to an original letter written by Jim Hall to the Maserati factory on 8 June 1959, the exploits of 2431 and 2432 inspired one of their customers to order engine number 2433 for his 200SI, chassis number 2418. Hall and Shelby experienced some challenges with the proper fit of the pistons to the new motor, eventually discovering that 2433 was of a significantly different design than the engines of 2431 and 2432. The letter (a copy of which is included in this car’s documentation) is particularly telling, not only in its dating of the early history of chassis number 2432, but also as a personally typed letter from the great Jim Hall, which is a valuable piece of documentation in itself.

Following their progression to other racing cars, most immediately a Chevy-powered Lister, Hall and Shelby sold both Maseratis, though 2432 may have remained in their possession as late as 21 March 1959, when they entered a 250S in the 12 Hours of Sebring. This was very likely 2432, as 2431 had already been sold to privateer Bobby Aylward at that point. Passing briefly to Gary Laughlin, 2432 was next sold to well-known Maserati racer Alan Connell, and it may have been the exact 250S he used to capture 3rd at the Gran Premio d'Avandaro on 26 April, before retiring early at Lime Rock on 4 July (Connell was also racing chassis number 2430 around this time).

Subsequently sold to John Price, 2432 was imported to the United Kingdom around 1973 by Colin Crabbe, who found the car stripped of paint but “running very well”. The car passed through two further British owners prior to being acquired in 1989 by Peter Hannen, who commissioned a sympathetic restoration, needing only to replace the rear differential casing that had cracked at Nürburgring. In 1992, the car was purchased by Robin Lodge and full FIA papers were obtained, whilst Tony Merrick was retained to look after mechanical considerations.

Acquired by James Lindsay in 1999, chassis 2432 participated in several events that year, including the Mille Miglia, the V-12 Telecom support race for the French Grand Prix at Magny-Cours, and the Goodwood Revival. In 2001, following a full inspection, the highly original 2432 was deemed to be an appropriately superlative addition to the Laidlaw Collection. Over the ensuing years, it has been impeccably maintained and prepared for racing, with Maserati specialist Sean Danaher rebuilding many of the car’s mechanical components and completely refinishing the exterior.

Accompanying the car is a truly immense file of documentation that includes numerous invoices from Mr Danaher, Simon Hadfield Motorsport, Brazell Engineering, and Steve Hart. This file details the next 12 years of 2432’s competitive life at some of Europe’s greatest circuits, including Goodwood, Nürburgring, Monza, Silverstone, Spa, Donington, Hockenheim, and Le Mans. From the first race at Brands Hatch in 2001, and through to the Monaco Historic Grand Prix and all destinations of the Maserati/Ferrari Historic Challenge, podium finishes have been the usual result. In 2010, the engine suffered a catastrophic piston failure. A new replacement block, crankshaft, connecting rods, and all relevant bearings were supplied by Steve Hart to Sean Danaher, who carefully built the new engine, which retained the original numbered cylinder head. This engine, and of course the rest of the car, is in excellent race ready condition, having run for very few hours since the dyno testing that followed the build.

In addition to its extreme rarity, as it is perhaps the only example originally built by the factory to 250S specifications rather than upgraded from 200SI specs (and more unequivocally, one of just four ever constructed), 2432 features a large file of documentation, including FIA and VSCC papers, an MSA Historic Technical Passport, factory build sheets, the 1959 correspondence from Jim Hall to the Maserati factory, recent letters from Adolfo Orsi, copious on-going race-preparation invoices, and correspondence from various owners and experts that illustrate the car’s rich history. This 250S is furthermore accompanied by numerous spare parts and original components, including two engine blocks, exhaust manifolds, a flywheel, clutch, rear hub, and gearbox casing, aluminium brake-drum covers, the original driver’s seat and the original headrest fairing (which was replaced with a taller piece to disguise a suitable roll-hoop for improved modern safety), and some interior body panels that were replaced for the sake of aesthetics.

Chassis 2432 is a remarkably original example of the powerful 250S, which has been noted by many vintage competitors to deliver far stronger performance than the prior versions of the four-cylinder Maserati. Connoisseurs often agree that, other than the mighty eight-cylinder 450S, the 250S is the best overall performing car that Maserati fielded during this era.

Chassis 2432’s rarity, beauty, and history qualify it for the finest of collections. Eminently worthy of presentation at the most discerning international concours d’elegance, participating in the Mille Miglia, or contesting a fresh campaign of vintage competition, this outstanding Maserati sports racing car is highly eligible and most welcome on any of the great historic events.

Road registered and highly competitive on the race track, the 250S is one of those rare competition cars in which one can genuinely drive to the circuit, race, potentially win, and enjoy the drive home again. It is truly exceptional and versatile. 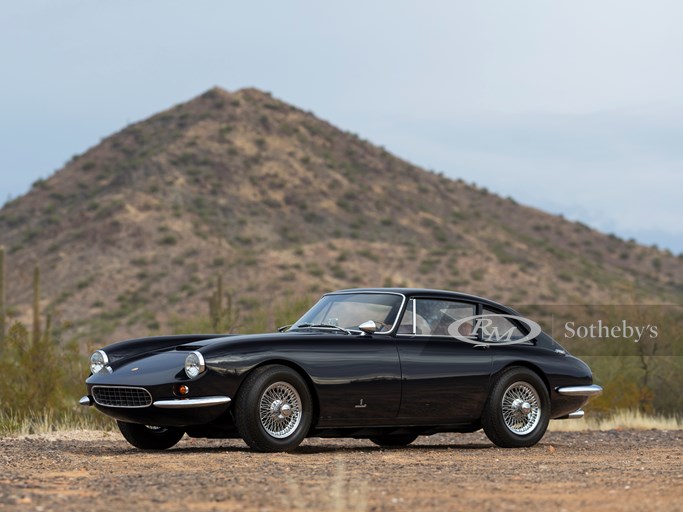 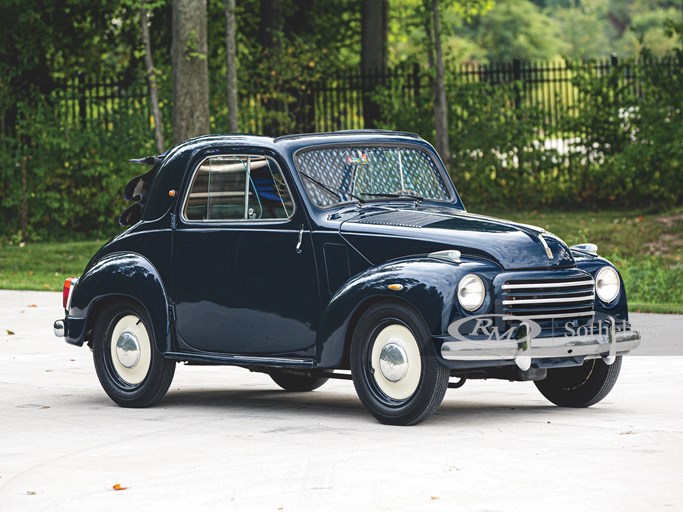 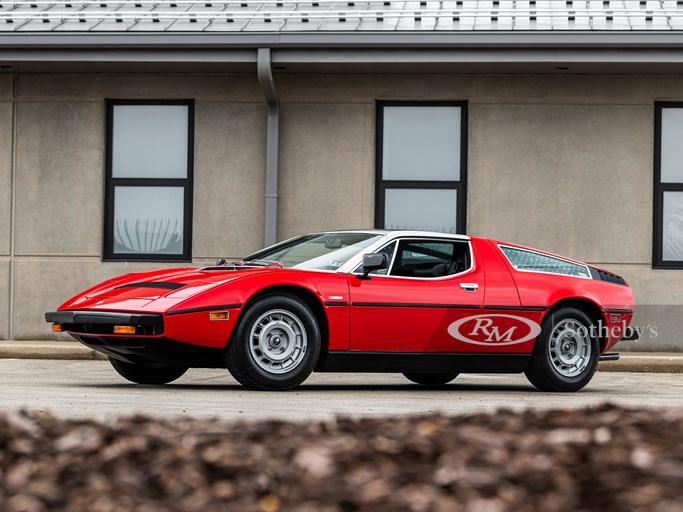 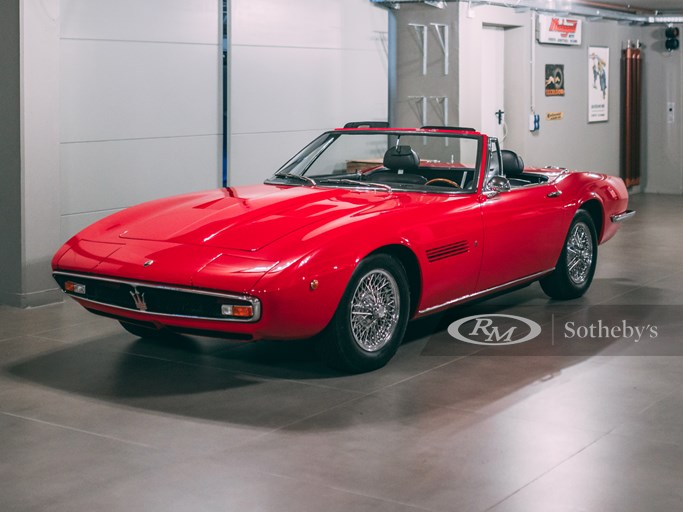