Ferrari’s breath-taking 250 GT/L, more commonly known as the Lusso, is widely celebrated to be one of the most exquisitely proportioned Ferraris ever designed by Pininfarina. Ferrari wanted their newest offering to enter the market in between the sporting 250 GT SWB and its more luxurious sibling, the 250 GTE 2+2, believing this new car should combine the best aspects of both cars at either end of the 250 series spectrum. When new, hundreds of enthusiasts wanted one to call their own. Celebrity petrol heads like Steve McQueen and Eric Clapton owned Lussos, only adding to its allure. However, Ferraris like this were not meant to be handed out to everyone who wanted one. Demand outweighed supply, resulting in even more Lusso-mania. With a total of 350 produced by the end of the second and final year of production in 1964, this was a car clearly destined to become a future classic.

First seen by the public at the Paris Motor Show in October of 1962, many enthusiasts simply fell head over heels for the beautiful body and Kamm tail that adorned the newest 250. Fortunately, all this beauty did not sacrifice aerodynamics, as these flowing lines helped to direct airflow towards the car’s rear spoiler. As per usual for the 250 series, the design was penned by Pininfarina and bodies were constructed by Scaglietti, with the bodies being made out of steel and the doors, bonnet, and boot lids out of aluminium.

Of course, Lusso translated into English means luxury, and from one look into the cabin, there is no doubt that luxury is the perfect word to describe the ambiance. Passengers were lavished with the finest materials in terms of leather, chrome trim, and Ferrari’s now trademark Nardi wood-rimmed steering wheel. Perhaps the most exquisite part of the interior was the rear luggage shelf, which was quilted in fine Italian leather. It wouldn’t be surprising to learn that most owners tried to squeeze their luggage into the boot in order to just catch a glimpse of that leatherwork whilst looking in their rearview mirror.

The beauty of the Lusso didn’t just extend to its body and interior. Under the aluminium bonnet was Ferrari’s 3.0-litre, Colombo-designed V-12, which was topped with three Weber carburettors. Accelerating from 0 to 60 mph took eight seconds, and the car would continue to accelerate until it reached a speed of 150 mph. A number of its components were shared with other Ferraris on sale at the time. Borrowing its short wheelbase and rudimentary chassis design from the 250 SWB and 250 GTO, it was graced with the fantastic handling that was associated with those two models. As the final automobile in the 250 line, the Lusso would become the last Ferrari to utilise the 3.0-litre Colombo V-12, effectively closing the door on one of the most spectacular engines in automotive history.

Whilst only a handful of owners brought their Lussos to the track, it excelled as a gran turismo in the finest sense of the word. Cruising along at high speed was no problem, and the car was intended to not only cross states and provinces, but to cross whole countries and continents as well. Utilising thin A and B pillars, the interior had fantastic outward visibility, making it a much more relaxing place to be on long trips. The Lusso is not only a car that begs to be admired at all angles, but it is also a car that begs to be driven and thoroughly enjoyed. On driving the example once owned by Steve McQueen, McQueen’s son, Chad, remarked in a March 2006 article in Motor Trend that “it makes a fantastic noise, and once you get some speed, the steering lightens up. It’s warm inside, and it sure smells good”. All these aspects, topped with the smell of fine Italian leather, make for the most pleasurable of driving experiences.

According to Marcel Massini, this Lusso was the 276th produced when it left the factory in 1964. It is believed to be originally painted in Oro Chiaro (19410M Italver), a rare Ferrari colour most easily described as a light gold metallic, over a black leather (VM8500) interior. After production, it travelled to California, where it enjoyed no less than two caretakers. By 1990, it had travelled across the Atlantic Ocean once more to Switzerland, where it was owned by a Hans Dürst, of Switzerland, wearing red paint with a beige leather interior. Dürst consigned the car to auction in 1997. Purchased by its current owner in the early 2000s, this car has remained stationary for most of his ownership, and it could use minor reserving to make it function as it should. Whilst the interior remains in good condition, the Lusso’s exterior shows some signs of wear, and it could benefit from some minor paintwork and re-chroming. As a matching-numbers example, this Lusso would be a prime candidate for a restoration, as it can easily be restored to the condition it left the factory in.

There is no doubt that the Lusso is one of the greatest road going Ferraris of all time. Not only is it one of the most beautiful Ferraris ever built, but it is also arguably one of the most beautiful post-war sports cars in the world. With a gorgeous Pininfarina body on Ferrari’s most legendary chassis, its timeless design pulled at the heartstrings of many an enthusiast, and as a result, Lusso ownership has become a necessity for many collectors. The Lusso offered today presents a fantastic opportunity to slide behind the wheel of one of Ferrari’s greatest road cars of all time, as it is a car that truly epitomises what Ferrari’s are all about: beautiful designs, incredible engines, and fantastic performance, all paired with Italian luxury. 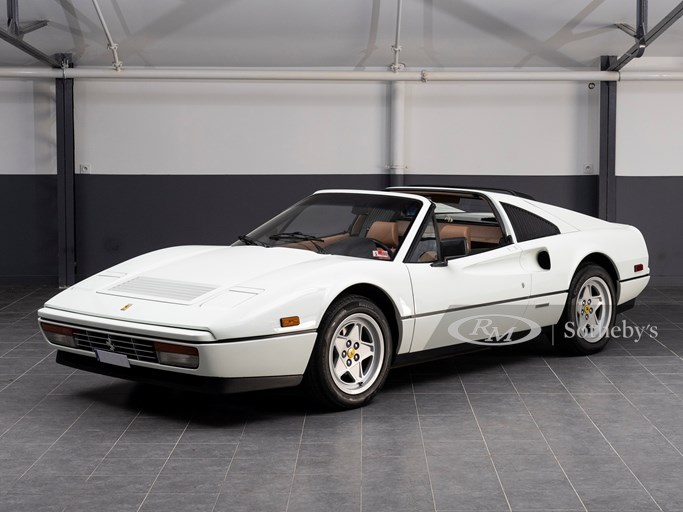