From the Maat Collection

Launched in Detroit in 2004 as the flagship of the Ferrari range, the 612 Scaglietti honoured the company-owned coach building firm that has bodied many of the company’s most famous production models over the decades. Replacing the 456GT, the new model featured a front mid-engined layout that was positioned behind the front axle, which resulted in increasing the wheelbase substantially and enabling an interior with four full-size seats.

Able to carry a quartet of adults, the 612 Scaglietti was the first four-seat Ferrari Coupé that really felt like a Ferrari, as it was a genuine grand tourer that could take on, and easily beat, the likes of Bentley and Mercedes-Benz. With 540 brake horsepower at 7,250 rpm, it could reach 62 mph in 4.2 seconds, and it had a staggering top end of 196 mph. An aluminium space frame chassis and alloy panelling reduced the car’s weight significantly from the 456, and it also increased its torsional stiffness by an incredible 60 per cent, making this an excellent handling car.

Overseen by Ferrari design head Frank Stephenson and styled largely by Ken Okayama, of Pininfarina, the 612 Scaglietti’s good looks were influenced by a one-off Ferrari 375 MM that was commissioned by Italian film director Roberto Rossellini as a gift for his wife, legendary actress Ingrid Bergman.

The car offered here was originally delivered in Benelux, and it has been driven only 162 kilometres. It sports the F1 paddle-shift six-speed transmission and has aluminium grey-painted brake calipers, a battery charger, and rear parking sensors, as well as tools, books, and fitted Ferrari luggage for the boot. With minimal mileage since its delivery, it is needless to say that it presents “as new”, and it may well be the only 612 Scaglietti in this condition that is available today. 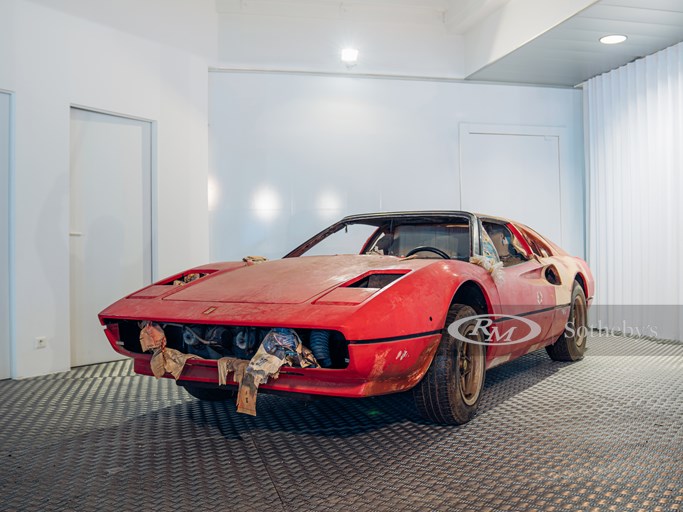