The start of the 1994 CART season was undoubtedly a time of great optimism for Newman/Haas Racing. The preceding season had been a banner year, with new team member and 1992 Formula One champion Nigel Mansell experiencing unprecedented success, simultaneously winning both the CART Rookie of the Year award and the Drivers’ Championship in the capable Lola T93/00. Mansell had won five races among 10 podium finishes, while teammate Mario Andretti finished 6th in drivers’ standings on the strength of one victory among three podium finishes.

As usual, one of Newman/Haas largest obstacles for 1994 would be the challenge posed by Penske Racing, for whom Emerson Fittipaldi had finished 2nd in 1993. Newman/Haas continued to run the Ford-Cosworth-powered Lola, now updated as the T94/00, and once again put faith in the winning team of Mansell and Andretti. Mansell managed to achieve three podium finishes, including two 2nd-place finishes, and Andretti finished a promising 3rd place at the season’s opening race, but ultimately this was a year of disappointment for Newman/Haas. The Lola T94 nevertheless remains a fascinating transitional chassis that paved the way to greater things, eventually maturing into the perennial winning chassis that powered four championships for Newman/Haas between 2002 and 2006.

This Lola is one of a small handful of T94 examples delivered to Newman/Haas for the 1994 season, and it spent most of the season’s early months as a testing car before being run by Andretti in four races. According to a racing/testing/practice lap chart on file, chassis number HU 02 was tested by Andretti and Mansell at Phoenix and at the Firebird East circuit in Chandler, Arizona, during January and February 1994 before being shipped to Surfers Paradise, Australia, as a back-up car for the season-debut race in March (where Andretti finished 3rd in one of the sister cars).

At the Long Beach Grand Prix in mid-April, Andretti qualified for a 6th-place start in HU 02 and advanced to a 5th-place finish, suggesting a potential for improvement. For the following two months Mansell and Andretti drove sister cars, and this Lola was rebuilt with components from chassis number HU 20. At the Cleveland Grand Prix in early July, HU 02 returned to action with Andretti qualifying for 9th place on the starting grid, but a suspension failure after 31 laps doomed him to finish in 27th place.

At Mid-Ohio in mid-August, Andretti started in 15th place before climbing to a 10th-place finish, and a week later the driving legend managed to qualify for a 5th-place start at the New Hampshire International Speedway. On the first turn of lap 109, however, Andretti and Mansell made contact that forced this car into the wall, prompting a caution flag and sealing a 19th-place finish. Following the accident chassis number HU 02 saw no further use, and following a rebuild the car was domiciled in the Newman/Haas collection, where it has been faithfully maintained over the last 28 years.

Not presently fitted with an engine, this notable Lola claims use by one of the sport’s greatest competitors, the legendary Mario Andretti, who remains one of racing’s most accomplished luminaries. Also driven during testing by the multi-format champion Nigel Mansell, this T94 continues to present very well in its period Kmart sponsorship livery. 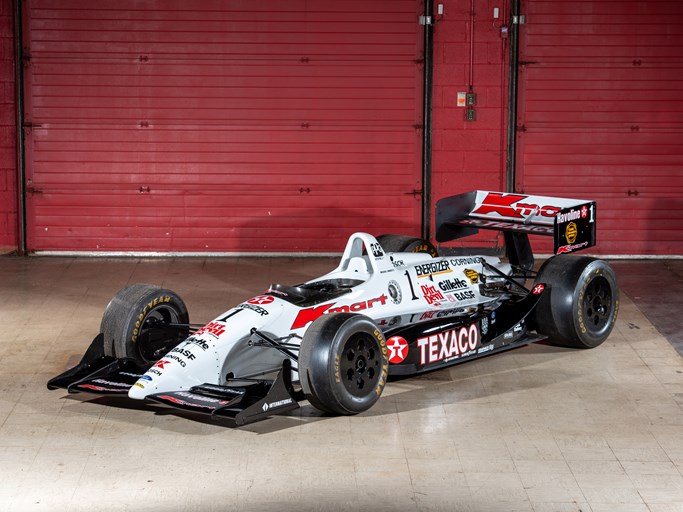 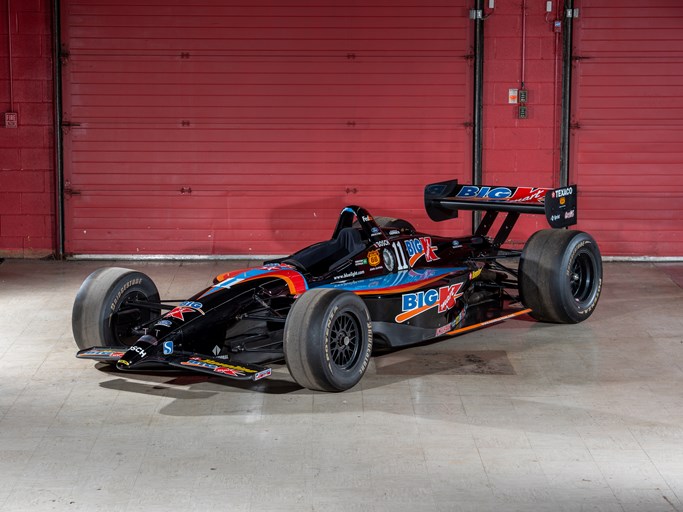 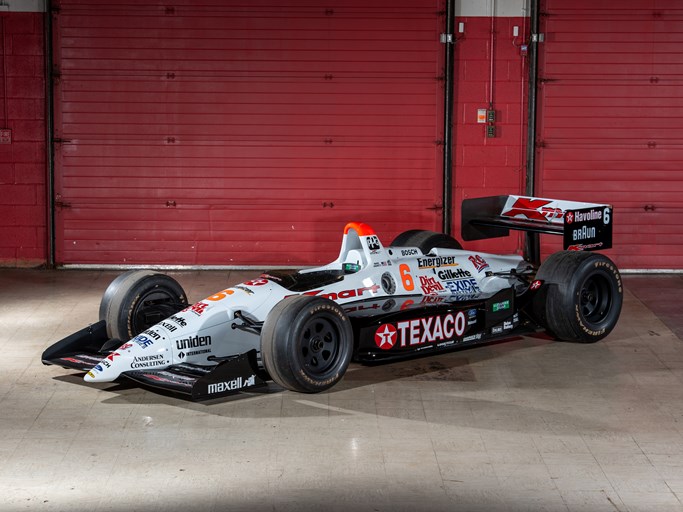 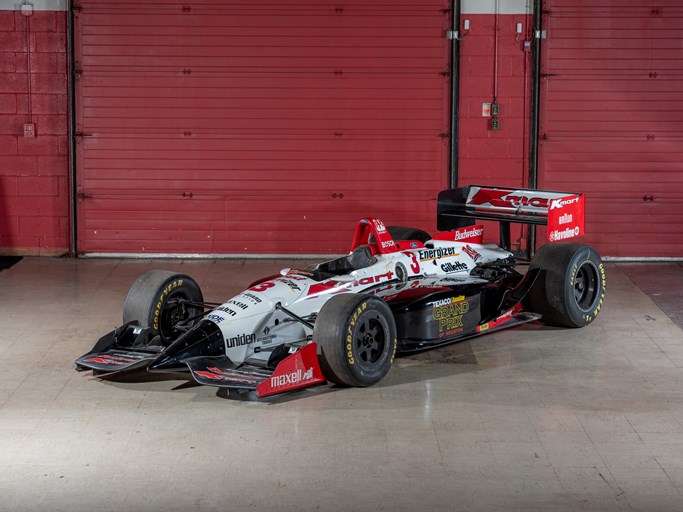