The Chrysler 300 “letter series” models have always held a special appeal that transcends Mopar circles. Built in five main generations spanning 11 models from 1955–1965, with all but the final model being designed under the auspices of the great Virgil Exner, these represented Chrysler’s best effort to build a car that was world-beating in terms of technology, cutting-edge style, and performance.

This is on full display in the Chrysler 300E of 1959. Its design is arresting; its tailfins push the envelope in terms of size and were towering, even by late-1950s standards, yet they nevertheless contribute to the glamorous, well-balanced whole. Even the badge application was somewhat avant-garde: In addition to red, white, and blue side emblems, note the subtle, angled “300” badge applied at the front of the hood, just inboard from the headlamps. The interior, meanwhile, is packed with fine details and luxury features, including “Auto-Pilot” cruise control, air conditioning, and swiveling front seats for easy entry and egress.

Performance, too, was boundary-pushing. In place of the 300D’s heavier and more complicated Hemi, the 300E uses a 380-horsepower, 413-cubic-inch “Golden Lion” wedge-head V-8 crowned by dual four-barrel carburetors. Power was put to pavement via a three-speed TorqueFlite pushbutton automatic transmission. Those who have not yet sampled this model from behind the wheel will be pleasantly surprised—a 300E in proper tune is a truly fast machine once underway, and not merely by old-car standards.

This 300E Convertible was treated to a “body-on” (this being the final 300 built on a traditional frame) restoration in 2014. At this time, the car’s bodywork was stripped to bare metal; no rust was found, speaking to the care from which this car has benefitted its entire life, and a new coat of Ivory White paint was applied. The luxurious original saddle tan interior was found to be in excellent condition and was preserved, rather than replaced; the engine compartment received the same treatment. Brightwork, meanwhile, was re-chromed. The red grille accents are a striking, one-year-only feature correct for 1959.

Only 140 300E Convertibles were produced for 1959, and the $5,749 price tag indicated that Chrysler was content to keep this as a prestige offering for the Jet Set. According to figures compiled by the Chrysler 300 Club, only 27 are known to survive to the present, making them even more exclusive today—and eagerly sought by discriminating collectors when they do become available. Having been driven fewer than 5,000 miles since its restoration (as indicated by its reset odometer), this 300E is a fantastic opportunity to experience Midcentury Chrysler at its best. 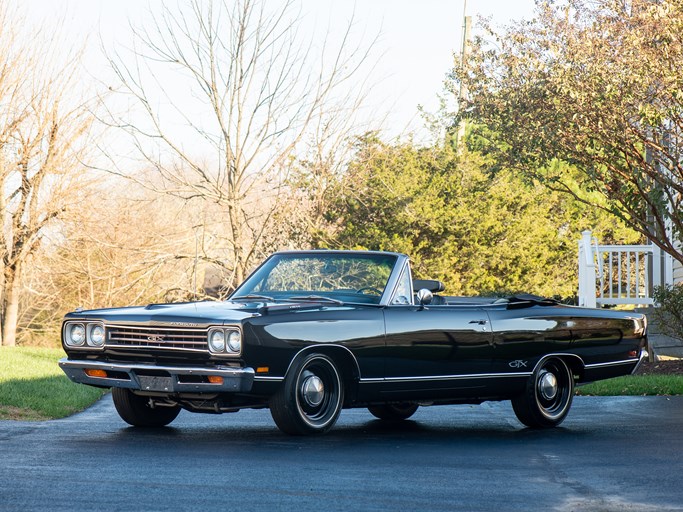