In 1931 Buick made an important shift from its long-running six-cylinder engine, replacing it with three all-new straight-eight-cylinder engines. The new straight-eights incorporated such innovations as oil temperature regulators and the thermostatically controlled radiator shutters, like those found on Duesenbergs and Packards. Displacing 345 cubic inches, the largest of these motors was equipped in two brand new model lines: the Series 80 and 90, the latter of which rode on the lineup’s longest wheelbase, at 132 inches.

The flagship Series 90 was available in eight different body styles. Closed cars offered a luxurious interior trimmed with mohair fabric and full floor carpeting, while open cars were upholstered in leather. The introduction of the 1931 Series 90 marked the beginning of a decade-long rivalry between Buick and Cadillac for high-end luxury sales. Unsurprisingly, the Series 90 is one of the few Buicks accorded Full Classic status by the Classic Car Club of America.

One of just 824 examples built, this sensational Model 94 two-door Sport Roadster was acquired in the 1980s or early 1990s by the late Marvin Tamaroff, one of the nation’s most dedicated Buick collectors. A quintessential member of America’s Greatest Generation, Mr. Tamaroff served with the U.S. Army in Europe during World War II before returning stateside to pursue his dream of becoming a car dealer. A longtime Buick enthusiast, he eventually founded his own Buick franchise in Detroit in the late 1960s before amassing one of the nation’s most respected marque collections.

During the 1990s Mr. Tamaroff is said to have retained Dave Lewis Restoration of Springfield, Illinois, to completely restore the Model 94. In addition to a comprehensive mechanical rebuild, the exterior was refinished in black with a red underbody, while the interior was trimmed with complementary red leather with matching carpeting. The finishing touches were added with a black trunk of fitted luggage with red interior lining.

In 2007 Mr. Tamaroff sold the Buick but soon experienced remorse. Nine years later he re-acquired the car, a testament to its quality. Equipped with dual driving and cowl lamps, frosted wind wings, dual side-mounted spares, and accessory side curtains, this Sport Roadster notably retains a national first-prize CCCA badge, yet another indication of the car’s high state of presentation. Still benefiting from two periods of care within one of the country’s most respected Buick collections, this Model 94 would make an important acquisition for any marque enthusiast or collector of high-quality prewar roadsters. 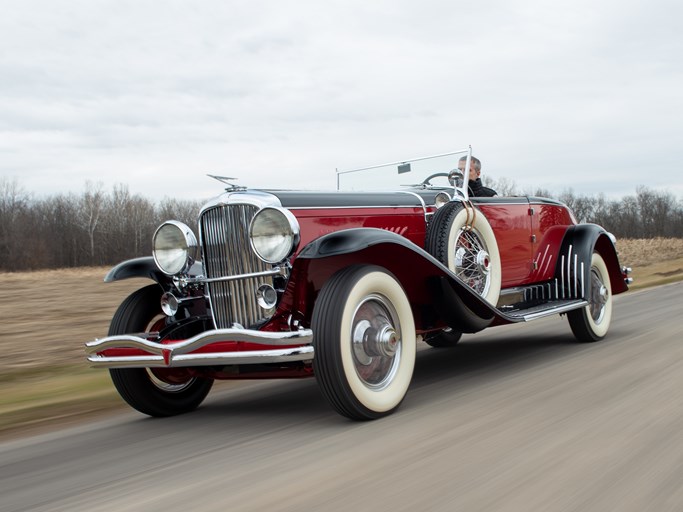