The Roadmaster has long enjoyed a well-deserved reputation as Buick’s prestige model. For 1950, it made a splash with one of the most memorable front grilles of the post-war period. Buick’s signature “waterfall” grille gave way to a deluge of chrome that swept over and down the front bumper. Some called the look “bucktoothed,” given how far the grille protruded from the bodywork. Nevertheless, the Roadmaster’s overall design grew more elegant, featuring front fenders that plunged toward the rear before blending with the curvaceous rear fenders.

Though it shared much of its bodywork with other Buicks, the four “ventiports” on either side of the hood made the Roadmaster immediately identifiable compared to lesser models, which had only three. Under the hood was the most potent version of Buick’s familiar Fireball inline-eight engine paired with a Dynaflow automatic transmission.

While all Roadmasters benefitted from more sumptuous interiors than their more workaday stablemates, Deluxe versions like the example offered here had even posher accommodations featuring the most premium materials and standard amenities like power windows and seat controls.

This Roadmaster convertible, finished in Imperial blue over black and white leather, has been restored to a high standard, as evident in the gleam of its paint, the tidy engine bay, and well-finished trunk area. It is equipped with a power-operated soft top, a matching tonneau cover, and Sonomatic push-button AM radio. The car rides on wide whitewall tires mounted to steel wheels with full covers.

Buick produced far fewer convertibles than coupes and sedans; only 2,964 are known to have rolled off the production line for the 1950 model year, making this wonderfully presented example rare and highly desirable. 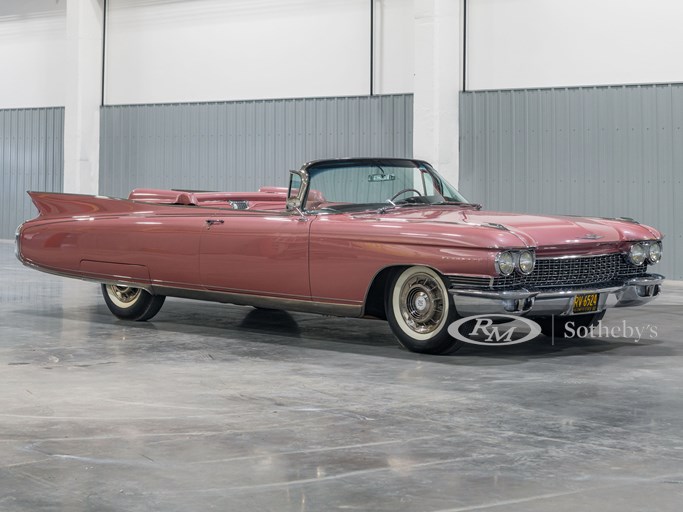