Powered by a 40-horsepower T-head four-cylinder engine, this magnificent 1909 Peerless was acquired by Pat Boyle of Ridgewood, New Jersey, from the estate of an owner in Tuxedo Park, New York. Mr. Boyle also acquired a custom-bodied Cord L-29, today housed in the CCCA Museum, from a Tuxedo Park family by the name of McVickar, and it is believed that the Peerless was acquired in that same transaction.

In May 1954 the car was offered by Boyle in the Antique Automobile Guide, of which he served as editor, described as having been “driven less than 15,000 miles; was chauffeur-driven. Upholstery, body, top, still in good condition.” Photographs included in the file, published in Vol. 1, No. 2 of the Peerless Co-Operator, indicate that this was true, with the car appearing unrestored and intact including its original run-down tires. It was subsequently purchased by Dr. Stanley Cope, who spent the next six years personally restoring the car to original condition, with the exception of a replacement driveshaft, going on to win an AACA National First Prize in 1960. Dr. Cope then fitted hydraulic brakes in 1961, and wrote an article on the car for the Vol. 26, No. 2 edition of Antique Automobile the following year.

In 1978, following many years of touring, a second fresh restoration was undertaken by Tom Lester, including new aluminum pistons, ring gear and pinion, and a modern magneto, after which the car continued to be driven with Dr. Cope undertaking numerous cosmetic and mechanical improvements as necessary. The body was refinished in 1991 and a new top fitted in 1998.

In 2002, Dr. Cope sold the car to Les Holden, who in all likelihood became the Peerless’s fourth owner. It was subsequently featured in the May-June 2009 HCCA Gazette, in which Mr. Holden noted “it is one of two known to exist and the only one restored. It carries its entire original cast aluminum coachwork.” Mr. Holden drove the car on a 2,300-mile tour through the Canadian Rockies in 2004, and displayed it at the 2013 Amelia Island Concours d’Elegance.

Used regularly until Mr. Holden’s passing in 2020, it is accompanied by detailed starting procedures and typewritten notes from Mr. Holden on the car’s safe and comfortable use in touring, as well as extensive invoices for work undertaken in his ownership. A small collection of original parts is also included, including a carburetor. Accessories include the original restored Grey & Davis headlamps, cowl lamps, and taillight, as well as an eight-day clock and Jones 60-mph speedometer. A wicker trunk is in place, custom-fit to the body, as well as an umbrella holder and a tool kit fit into the spare tire; correct side curtains and top boot are also included.

The Holden Peerless truly is, as the marque advertised, “All That the Name Implies.” 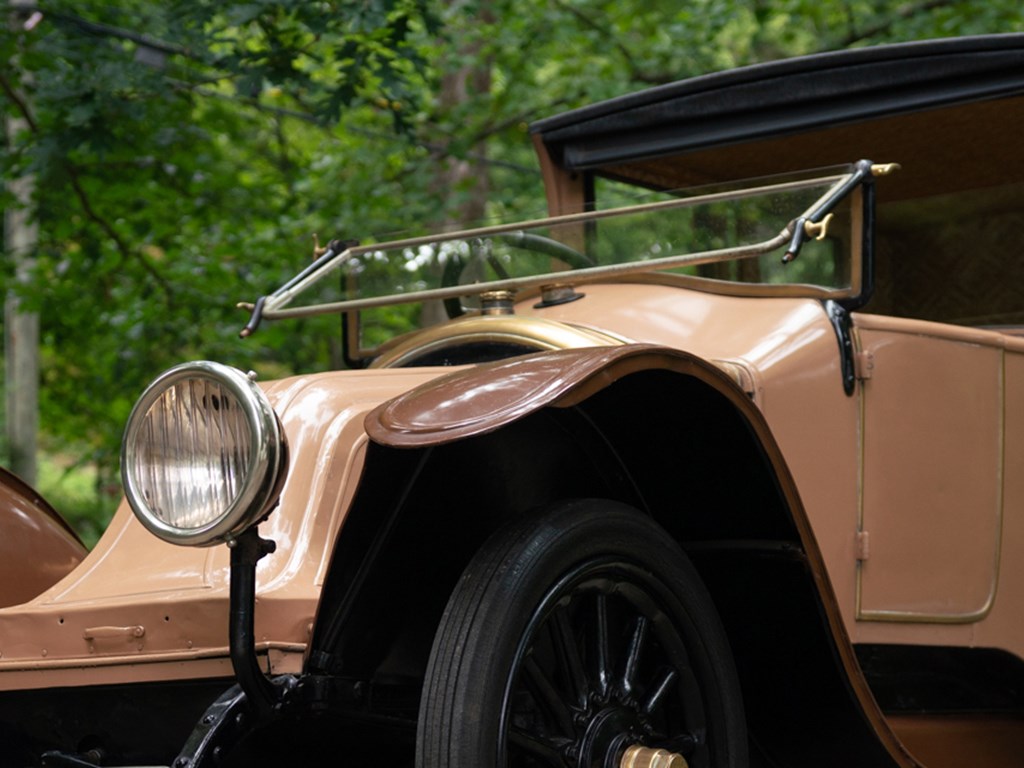