Businessman Errett Lobban Cord sought to take the Auburn Automobile Company, a small and struggling Indiana automaker, to national prominence. One of his many successes was the development of the Auburn Speedster, which was intended as a showroom draw that would be built and sold in limited numbers to attract new customers. Its racy bodywork, styled by the great Alan Leamy, featured a dramatic tapering rear end and angled doors, appearing to have been shaped by the force of the car’s power.

The Speedster, which was adapted from a Duesenberg show car bodied by McFarlan, was a performance icon that was advertised as “the biggest package in the world for the price.” As it sold for under $2,000 but offered a remarkable top speed of 100 mph, thanks to special chassis and engine modifications unique to this model, it became a legend in its own time. Not only did it make everything else look old-fashioned overnight, but it also had an emphasis on open-air performance for two passengers, making it the only true American sports car of its time. Indeed, early Auburn Speedsters were raced on two continents, appealing to such European drivers as Sir Malcolm Campbell, who drove one as a road car.

Only two dozen authentic, original first-generation Speedsters remain in existence today, few of them on the most powerful 120-horsepower “Big Eight” chassis.

Few collectors are so fortunate as to begin their collecting with a significant Full Classic, desirable for both its styling and performance. Jack Dunning, however, was one of these, and in August 1959 he bought this 1929 Auburn 120 Eight Speedster from Arnold Headland’s backyard in East Liverpool, Ohio. As Mr. Dunning told his local newspaper in 1984, “There probably wasn’t one person in 300 who knew what it was then.”

Mr. Dunning knew, however, and promptly joined the Auburn Cord Duesenberg Club and began work on the project. It continued off and on for over 20 years, but was finally handed off to a professional restorer, Ed Cobb of Washington Court House, Ohio, to complete to a beautiful standard. A correct replacement engine and transmission were sourced. Great care was taken to make the restoration as authentic as possible, down to the correct Champion spark plugs and the correct body woodwork.

The restoration rapidly accumulated an impressive roster of honors in ACD Club National judging, eventually achieving two Senior First prizes and reaching Senior Emeritus status in 1994. Significantly, it received the Roy Faulkner Trophy for Best Auburn at the Club’s National Reunion in 1989. It received the AACA’s National Chocolate Town Trophy as the finest Senior automobile shown in a fall meet in its division in 1984. It was even more successful in CCCA National competition between 1984 and 2014, steadily progressing to Senior Premier status over multiple appearances at Grand Classics and Annual Meetings.

That this car could still achieve an award in Senior Emeritus judging in its last appearance, over thirty years after its restoration, is testament to the original quality of the work and to the very careful maintenance and preservation that have been given the car by Mr. Dunning.

Accompanying the car is its ACD Club Category 1 Certification, recognizing its authenticity. In addition, the Auburn was photographed for an appearance in the September 1988 edition of The Classic Car, and by Dennis Adler in photographs that appeared in the October 1985 issue of Car Collector and his book, Speed and Luxury: The Great Cars.

Still finely presented and visually stunning, this exquisite and much-admired Auburn speedster, among the best-known of its kind, is now offered for sale for the first time in 60 years. Its new owner will undoubtedly be as proud of it, and have as much pleasure showing it, as Jack Dunning has. 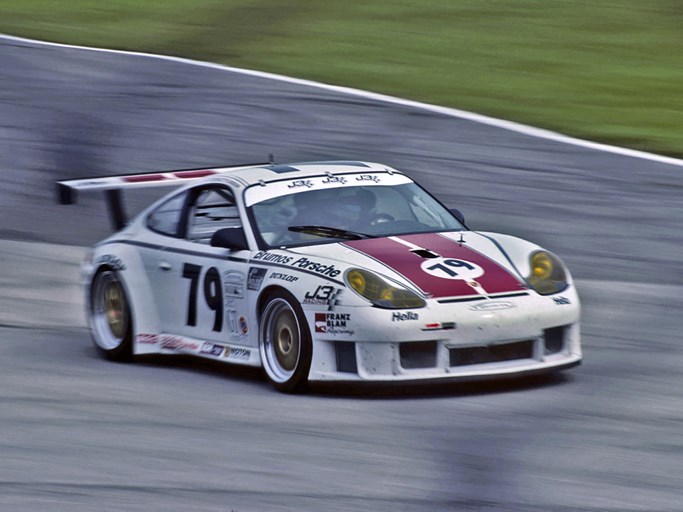