Dubbed with a name that could only have emerged from of the age of empire, the Oldsmobile Autocrat was a mid-range model introduced for 1911. The Autocrat rode a proprietary 124-inch wheelbase and was based upon a rugged frame built from a pressed alloy of nickel and steel.

Though the model was equipped with a four-cylinder engine, the cylinders featured an increased displacement shared by the company’s flagship Limited model. As the cylinders were cast in pairs, the Autocrat’s 471-cubic-inch vertical T-head engine was essentially a junior version of the Limited’s six-cylinder engine, developing an impressive 50 hp.

Available in five different body styles, the Autocrat was clothed in aluminum coachwork trimmed with leather and offered with three factory paint colors: Brewster green, royal blue, and cardinal red. While a top assembly, windshield, and the company’s new air-type self-starter were offered as optional equipment, the model was standard-equipped with 8-inch headlamps, side and tail lamps, Trauffault-Hartford shock absorbers, an Oldsmobile dragon horn, and a tool set.

The Autocrat received a nice bit of publicity when Oldsmobile entered two factory prototypes at the 1910 Vanderbilt Cup on Long Island, where team captain Harry Stillman finished a respectable 11th place. Fewer than 1,000 Autocrats were built in 1911, of which only a small percentage were finished as roadsters. Marque experts believe that no more than a handful of examples survive today, with only three currently known.

Claiming almost 70 years of fastidious care by three dedicated owners, this sensational Autocrat roadster benefits from a comprehensive restoration in the 2000s, after which the car enjoyed display in a private museum collection. Though the Oldsmobile’s early history is scant, the car was apparently finished in the unusual three-passenger roadster configuration. By the early 1950s the car was discovered by the bellwether heavyweight collector Barney Pollard, a former Packard experimental department employee who owned approximately 700 Brass Era vehicles at one point and was affectionately known in his hometown Detroit as “Mr. Antique Automobile.” As demonstrated by a period photo in which Pollard’s mother is sitting in the driver’s seat, the Autocrat had been converted to a service vehicle of some kind with an elevated floodlight in place of the rear seat.

Mr. Pollard retained the Autocrat for 20 years or more, during which he occasionally received offers of purchase from Dick Neller of Lansing, Michigan, a noted Oldsmobile collector who went on to co-found the R.E. Olds Transportation Museum in Lansing. In the early 1970s, Pollard finally relented, and Dick and Sue Neller bought the Autocrat and restored it, reportedly retaining Oldsmobile specialist Eldon Ebry to rebuild the engine and other mechanical systems, while refitting a single rear seat and refinishing the body in light grey paint with black fenders. The Nellers often drove the Autocrat on vintage tours and displayed it at antique-car shows, including meets of the Oldsmobile Club of America, where it was once photographed and later depicted in Dennis Casteele’s 1981 Crestline marque guide, The Cars of Oldsmobile.

In 2005 the Autocrat was purchased from Mrs. Neller by Jim Bradley, and he commissioned a frame-off restoration that included repainting the frame and exterior in a two-tone scheme of light and dark red and installing an electric starter for more reliable operation. After completing refurbishment, the Oldsmobile was exhibited at the 2009 Meadow Brook Concours d’Elegance, winning a class award and the Most Significant General Motors Car Award.

Since undergoing this careful restoration, the Autocrat has accrued very few miles while being displayed in the consignor’s private museum for a number of years. Well maintained by the current owner and recently serviced and detailed by RM Auto Restoration, the Oldsmobile starts and runs well; however, bidders are advised that the car may require additional service to ensure reliable performance at long-distance touring events.

It is noteworthy that this highly authentic Brass Era Oldsmobile retains its correct original aluminum body and alloy chassis, and it is replete with period details, such as a Jones 100 mph speedometer, dashboard clock, artillery wheels, lantern-style running lamps, Solarclipse headlamps, and dual rear spare tires. One of perhaps three examples still known to exist, this remarkable Autocrat is ideal for presentation at Brass Era exhibitions and AACA meets, offering one of the earliest surviving cars from the important General Motors division. 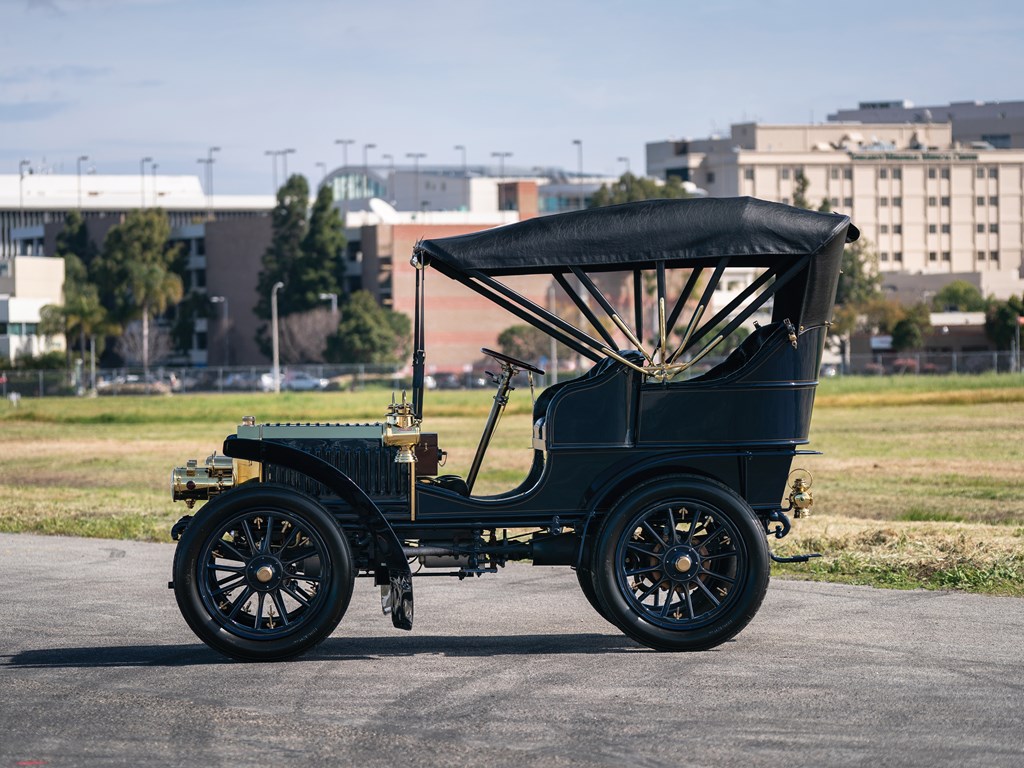 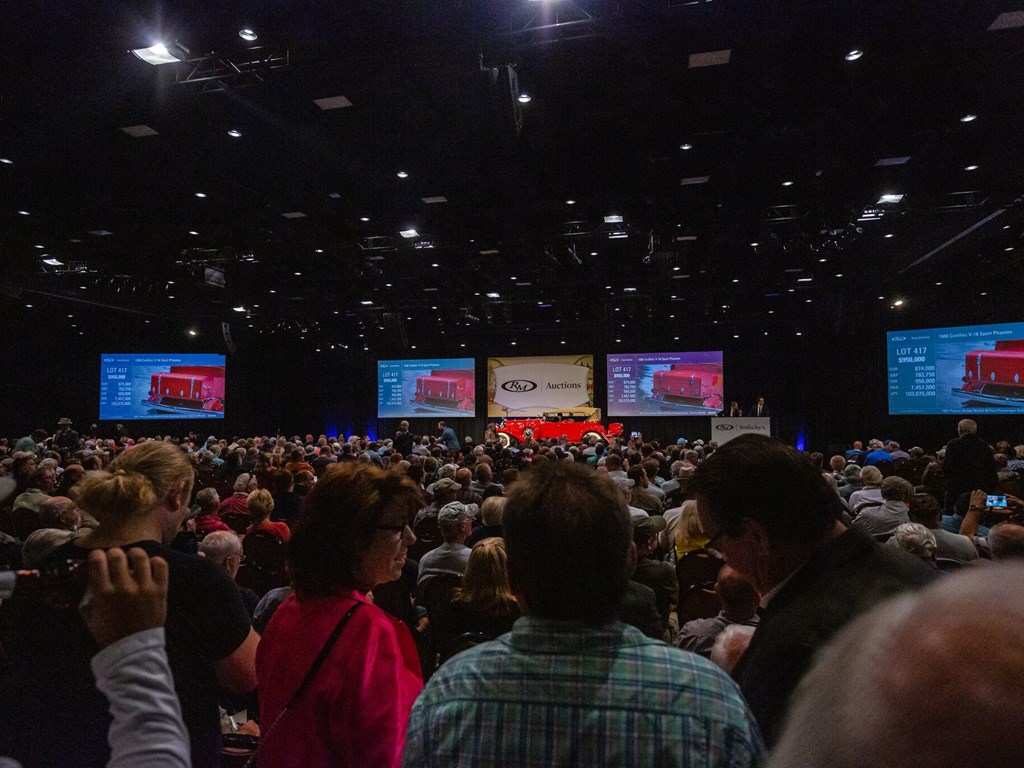