Walter P. Chrysler’s new car was a sensation at its New York introduction in 1924. A quality six-cylinder vehicle with advanced engineering, it boasted hydraulic brakes, a high-compression engine good for 70 mph, and sold for about the price of a Buick. Nearly 20,000 were sold in the first year. Successive refinement took place in ensuing years, and additional models were introduced, notably the E-series Imperial that competed with Cadillac and Lincoln.

At the other end of the catalogue, four-cylinder Maxwell carryovers were badged as 50-series Chryslers. Still, the bread and butter lay in the mid-priced segment, B-70 and G-70 six-cylinder Chryslers. New during 1926 was the Series 60, an all-new 109-inch-wheelbase car with an improved six, priced from $1,075 to $1,330. For 1928 it became the Series 62 with similar pricing and was the most popular Chrysler that year.

The Merrick Auto Museum purchased this 1928 Chrysler 62 coupe in 2006. Among the previous owners was Erline Espinosa of Albion, Illinois. Presenting nicely in maroon with red accent striping, it has black fenders and a black grained leatherette roof. The upholstery is maroon cloth with broad pleats. Cozy for two, the passenger capacity expands to four when the rumble seat is opened. The engine compartment is clean, but not extensively detailed, and as a Chrysler, it of course has four-wheel hydraulic brakes. The car shows obvious signs of use, corroborated by unobtrusively installed accessory directional signals for greater drivability in modern traffic.

Clearly this is a car meant to be used and enjoyed. Chrysler’s exceptional engineering clearly manifested itself in these early models, which performed well and proved to be very reliable. 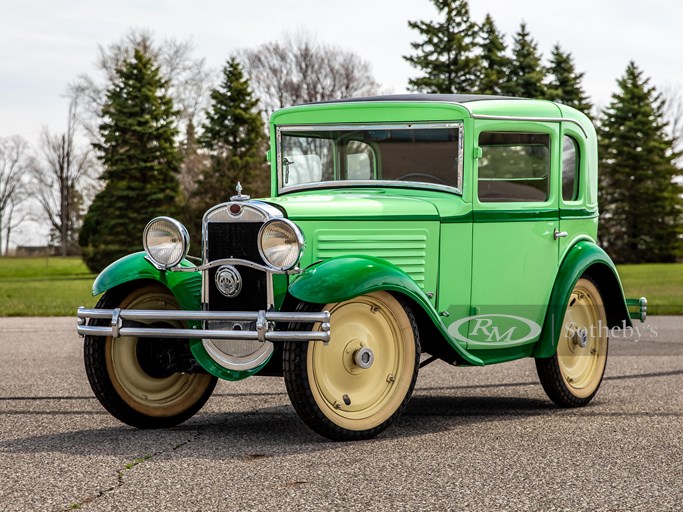