Cadillac’s Series 314 replaced the old V-63 model in August 1925. Considered a 1926 model, it continued to be updated in that calendar year. By August, however, change was again in the wind, as new bodies were introduced, coincident with the 1927 model year. In the Standard line, these comprised a Type 7000 two-passenger sport coupe and 7040 five-passenger sport sedan. Added to the Custom line were a Type 7020 convertible coupe and a dual-cowl 1164-B sport phaeton.

According to Cadillac production records, this comely sport coupe was shipped on 3 August 1926 to Atlanta, Georgia, for Dr. James Paullin, who took delivery on 20 October. The body was Duco Adjutant Gray with a Cadillac Cream stripe. Its subsequent history is unknown, until it ended up with Charlie Falk of Norfolk, Virginia. The Merrick Auto Museum acquired it in 1996.

Fully restored, it is now maroon with black fenders and a white pinstripe. The wood-spoke artillery wheels are painted body color and have ornate white striping. Wide whitewall 33 × 6¾ tires are mounted on demountable rims. The spare tire is mounted at the rear. There is a black fabric-covered roof with landau irons on the rear quarters, and a golf-bag door on the right-hand side.

The interior is upholstered in magenta pleated and buttoned mohair. The instrument panel is a lesson in ornamentation. Located at the center of the dashboard, it has four semicircular gauges in the middle, flanked by a drum speedometer on the left and a Waltham clock on the right. The entire ensemble is decorated with intricate filigrees. The odometer registers barely 76,000 miles. Engine temperature is monitored by a dog-bone MotoMeter in the radiator cap.

This sport coupe model evokes a similar theme that Cadillac introduced for 1949, then called the Coupe de Ville. 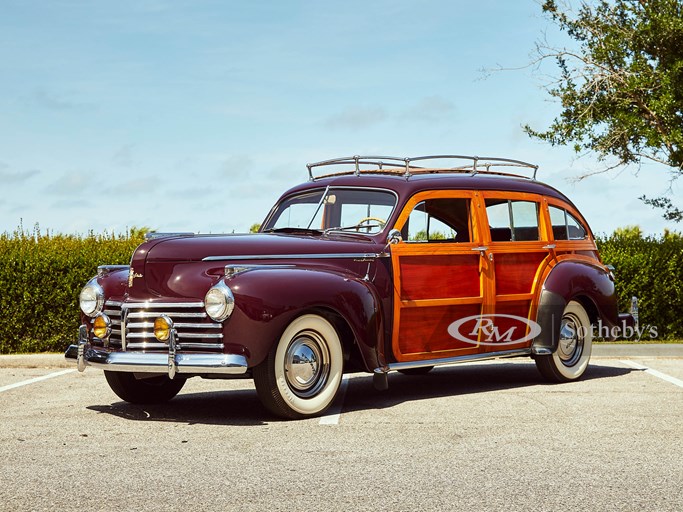 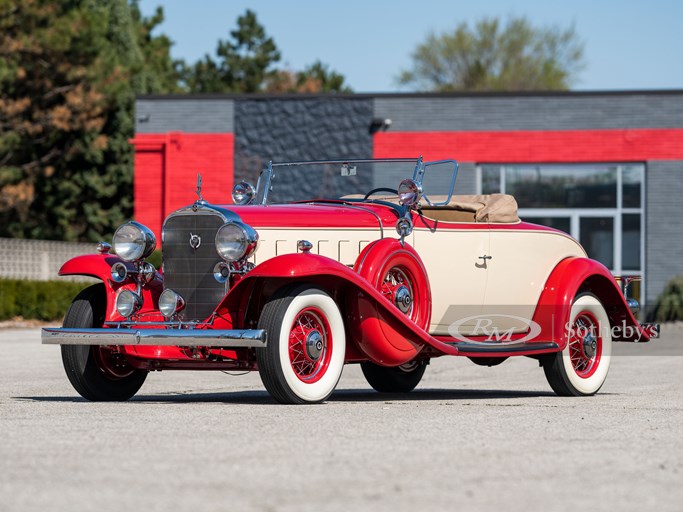