In late 1908, Maxwell Kearns of Beavertown, Pennsylvania, was convinced to invest in the struggling Eureka Motor Buggy Company. The result was the Kearns Motor Buggy Company, which continued Eureka’s production of two- and three-cylinder high-wheel automobiles. The cars used air-cooled Speedwell engines and friction transmissions, and sported a “conventional” hood, although it was cosmetic at best—there was no radiator, and the engine itself was under the seat.

As high-wheelers faded from favor, Kearns began making standard light four-cylinder cars and, in 1914, tried marketing a Lulu cyclecar. From 1916, however, the company left automobile manufacture to concentrate on trucks and fire engines, which was continued as Kearns-Dughie Motor Company at nearby Danville until 1928.

This 1910 Kearns Model G Roadster has the unusual 20 hp air-cooled, three-cylinder, two-stroke engine. Separately cast finned cylinders with “porcupine” heads sit on an aluminum crankcase, driven via a friction transmission to dual chain drive. It has right-hand wheel steering, Solar brass acetylene headlamps with carbide generator, and brass oil side and taillamps. A bulb horn on the driver’s side comes comfortably to hand.

Once in Henry Austin Clark Jr.’s Long Island Auto Museum, it has been the subject of a 560-hour restoration. It presents very well in gloss black with red pinstriping. The seat is upholstered in diamond-pattern buttoned red leather.

Barely 100 of this model were produced. Kearns was considered the “Rolls-Royce of high-wheelers.” This rare example shows why. 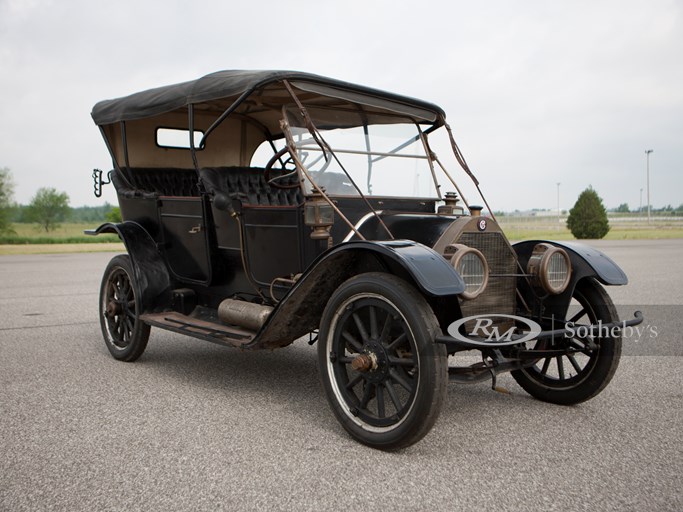 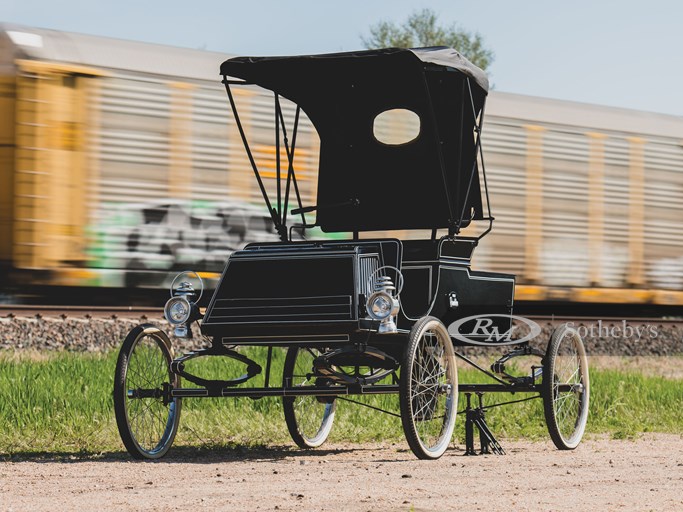