This iconic, instantly recognizable ‘Curved Dash’ Oldsmobile has the significance of having had perhaps the youngest original owner of any of its brethren. Indiana resident Victor F. Hitz, attending the Chicago Automobile Show with his parents, paid a nickel for a raffle ticket and wound up winning the car, at the age of only five! He apparently recognized his luck and held on to the car for the remainder of his long life, eventually joining the Curved Dash Olds Club with it.

Richard L. Burdick acquired the Oldsmobile from the Hitz heirs in 1984, and it has remained in his collection ever since, preserved exactly as it was purchased in a “barn find” diorama. All of the original factory finishes are still present, including the original bodywork, upholstery, and rubber floor mat, though of course with considerable patina, and the car is accompanied by its original Indiana state registration disc, no. Y46. Only the wheels were replaced, with wire wheels shod in black rubber tires. While no identification number could be found on the vehicle in cataloguing, it has previously been inspected and “dated” a 1901 by the Veteran Motor Car Club of Great Britain, as noted on a brass plaque, no. 1729.

One of the most original examples of its kind offered in decades, this Olds fairly begs for continued preservation and display, and merrily tells the story of early American motoring. It is unlikely to ever again be owned by a five-year-old boy . . . but imagine the wonderment! 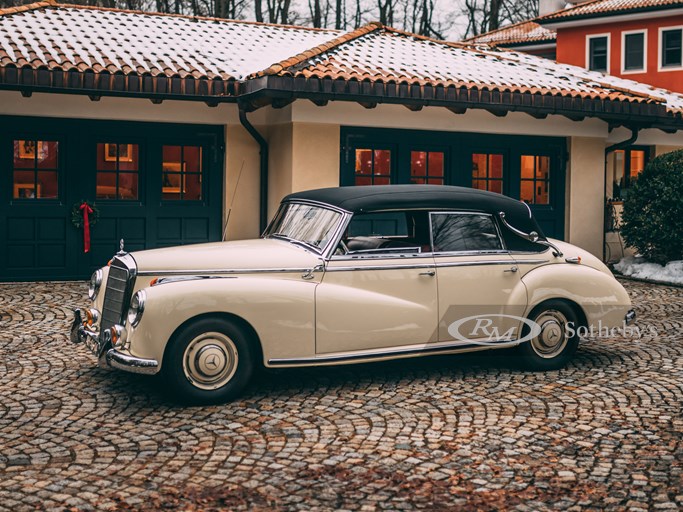