In 1961, Jaguar introduced the E-Type as the replacement to the well-established XK 150. The E-Type had very large fenders to fill, but with its breathtaking D-Type–inspired design and construction, the car became an instant hit. Even the competition took notice, with Enzo Ferrari being an open admirer. The E-Type was initially offered with a 3.8-liter engine in either roadster or fixed-head coupe configuration. For 1965 the E-Type received a 4.2-liter engine, a fully synchronized transmission, as well as an upgraded brake booster, all while retaining the car’s iconic styling. Series 1 production ran from 1961 through 1968. A Series 2 and Series 3 followed with overall E-Type production ending in 1975.

According to this E-Type’s accompanying JDHT Certificate, this example was dispatched on 15 March 1965 and delivered to Jaguar Cars in New York. Originally presented in Opalescent Maroon with a black interior and top, the car was sold through Kingsfield Motors Inc. of Englewood, New Jersey, on 19 April 1965. Kingsfield Motors’ salesman P. Marshall sold the car to Edwin Riley of North Bergen. Options listed on the invoice included a hardtop, radio, bumper guards, and a racing mirror. Out the door, Mr. Riley acquired this fine Jaguar for $6,165.50.

The car is believed to have remained in Riley family ownership into the 1980s. At some point in the car’s life it was repainted to the current shade of black it is presented in today. Exterior features still include the factory hardtop, black soft top, driver’s side Talbot-style mirror, and bumper guards. The car rides on Firestone FR710 thin whitewall radial tires mounted on chrome knock-off wire wheels. Four-wheel disc brakes bring the car to a safe stop, with the front discs having been upgraded to a Wilwood configuration for improved stopping power. The interior is presented in black leather featuring an adjustable wood-rimmed steering wheel, Smiths instruments, and a Blaupunkt AM/FM radio.

Accompanying the car is the original invoice from Kingsfield Motors, Inc., original State of New Jersey Certificate of Ownership, 4.2 E-Type operating, maintenance, and service book, as well as Periodic Maintenance Voucher booklet, pamphlet of Jaguar sales and service centers in the U.S. and Canada, and the Manufacturer’s Warranty pamphlet.

The E-Type is arguably the most iconic road car produced by Jaguar, with Series 1 examples being the most desirable, and especially those powered by the improved 4.2-liter engine. 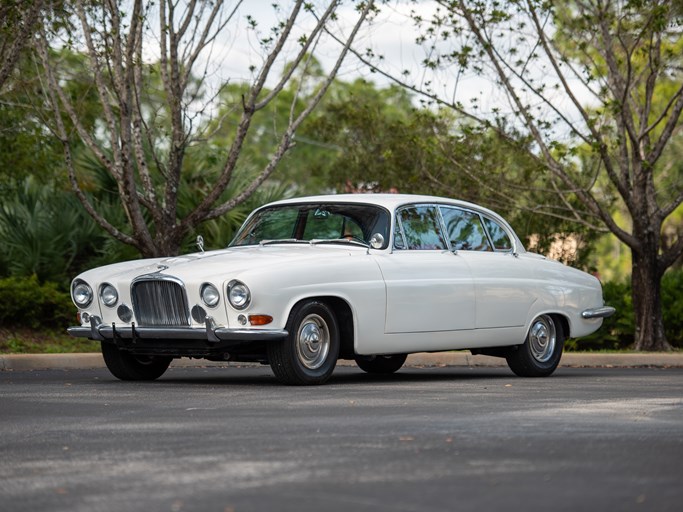 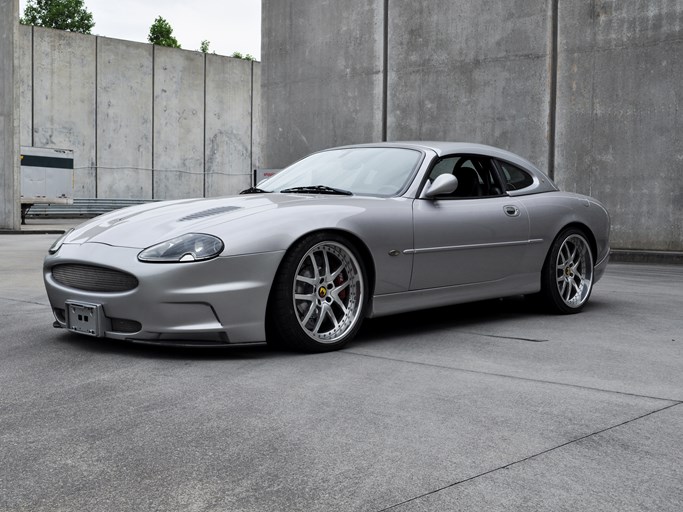 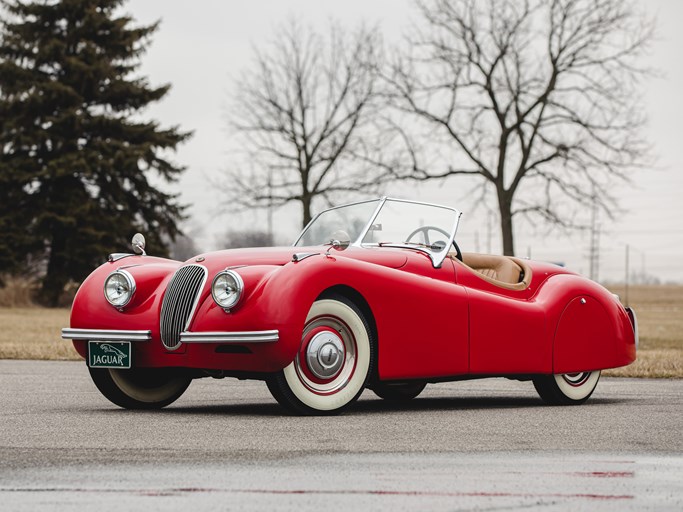