Addendum: Please note that while the A/Y has been maintained by its owner in very good running order, the car will require additional servicing before being extensively driven. For further information, please contact an RM Sotheby’s specialist.

There is little to be said about the Duesenberg that has not already been said. It is, without a doubt, the single greatest American automobile ever made, combining power, luxury, quality, style, and exclusivity in a package that has never been equaled before or since. Every car the company ever made between 1921 and 1937 developed its own unique story, beginning with an interesting owner and, quite frequently, a few equally fascinating personages thereafter. Whether the early Model A, Fred Duesenberg’s most pure creation, or the late Model J that became the evocative automotive symbol of an era, every Duesenberg has a tale to tell.

Some, of course, tell better tales than others. The car offered here spins a story of Duesenberg’s transformation from a small company run by two brothers into the firm that E.L. Cord would use to build what he intended as an ultimate automobile. It is the vehicle upon which Alan Leamy created the eventual iconic appearance of the Model J. It is the car that August Duesenberg put together with his own hands, and which, having never been fully restored, undoubtedly still carries his fingerprints.

Every Duesenberg tells a story, and the anthology opens here, in the beginning, in 20 feet of patinaed paint and overhead-cam power – where it all began.

In 1926, Duesenberg Motors was acquired by E.L. Cord of the Auburn Automobile Company in Auburn, Indiana. A “boy capitalist” and master salesman who had turned around a struggling Auburn with spectacular styling and excellent performance at a reasonable price, Cord endeavored to do the exact opposite with Duesenberg, by using it to build the world’s greatest automobile.

Working together, Fred Duesenberg, one of the two founding brothers and the “road car” mind of the company, and Cord put together the idea for a prototype. Dubbed the Model Y, it used the 134-inch-wheelbase chassis of the Model A, with a prototype engine based upon the A’s SOHC unit but evolved to 412-cubic inch displacement and four valves per cylinder, for a reported output near 200 horsepower. This basic design would evolve even further in the coming months and would form the basis for the Model J’s Lycoming-built, 420-cubic inch DOHC mill.

Two examples of the Model Y are known to have been produced: a sedan, and then a phaeton bodied by McFarlan of Connersville, Indiana, a renowned old-line automaker that had become part of E.L. Cord’s empire in 1928. Both carried prototype styling developed by Alan Leamy, the brilliant young stylist who had helped make the Auburn a sales success again, with a massive chromed radiator shell, large Ryanlite headlamps, and flared fenders with a slightly raised rim tapered at the crown. Aside from the Ryanlites, this styling would be used virtually verbatim on the eventual Model J.

The Model Y sedan is believed to have been delivered to Frank Morgan, the actor best-remembered as the title character in the 1939 film classic, The Wizard of Oz, and appeared with him in Vogue Tire advertisements. Morgan’s sedan, alas, did not survive the Classic Era.

Meanwhile, the phaeton was sold by Duesenberg Motors in 1932 to Fred Duesenberg’s brother, August, the genius racing mechanic, on the condition that he destroy the prototype chassis. This he did, after moving the engine into a racing car, which survives today as part of a prominent Midwestern collection. August Duesenberg then installed the McFarlan body, with Leamy’s prototype Model J styling, including the full bodywork, radiator, hood, fenders, steering gear and wheel, headlamp brackets, side-mounts, and running boards, on a used Model A chassis, number 912, and sold the car in this form to an Indianapolis businessman, Hugh R. Baylor.

“Augie” is unlikely to have known or cared, but that simple move was what preserved the styling prototype of the Model J for future generations.

After Mr. Baylor’s passing, the Model A/Y, as it can justifiably be termed, was bequested first to his chauffeur, then to his sister, Lela Nichols, in 1941, as noted in a vintage Indiana title that is on file. Mrs. Nichols drove the car infrequently until 1951, when she sold it to James T. Leeson, an early Duesenberg enthusiast from Hattiesburg, Mississippi. Mr. Leeson proceeded to overhaul the car both mechanically and cosmetically, including rebuilding the engine, transmission, and brakes, and restoring the paint, chrome, upholstery, and top fabric. He reportedly drove the car about 6,000 miles until 1957, when he sold it to the father of its current owner, both well-known collectors in the American South.

The Model A/Y’s history has been well-researched over the years; it is discussed in virtually every book and magazine article written on the Model J, most frequently referenced as a Model J prototype. In fact, prior to the discovery of its true history in the 1970s, the car had long been thought to have been the earliest Model J prototype, referred to as being either “J-99” or “J-100.”

The current owners have preserved the car conscientiously, keeping the wonderfully patinaed finishes of its Leeson “restoration” in the early 1950s, while also more recently fitting fresh leather seat covers. For the past several years, it has been on long-term loan to the ACD Automobile Museum in Auburn, Indiana, exhibited amidst many other great products of E.L. Cord and the Duesenberg Brothers’ genius. More recently, it has been properly serviced and returned to running and driving order, as it stands ready to be publically offered for sale after 60 years of continuous ownership by only its third family from new.

Alan Leamy’s styling prototype for the Model J, assembled in its final and current form by August Duesenberg, and carefully maintained for six decades in an outstanding collection, the importance of this car cannot be exaggerated or overstated. No hyperbole or hype is necessary. From a historical standpoint, it is, quite simply, the most significant Duesenberg in private ownership—a tale it continues to tell, and will, in a new home, for decades to come. 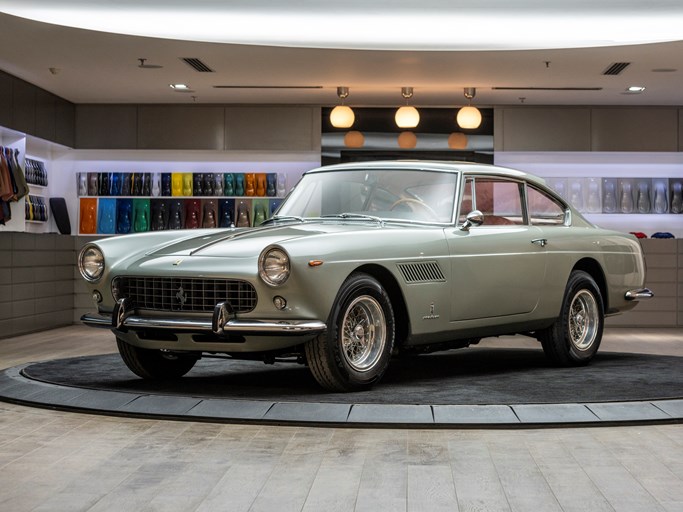 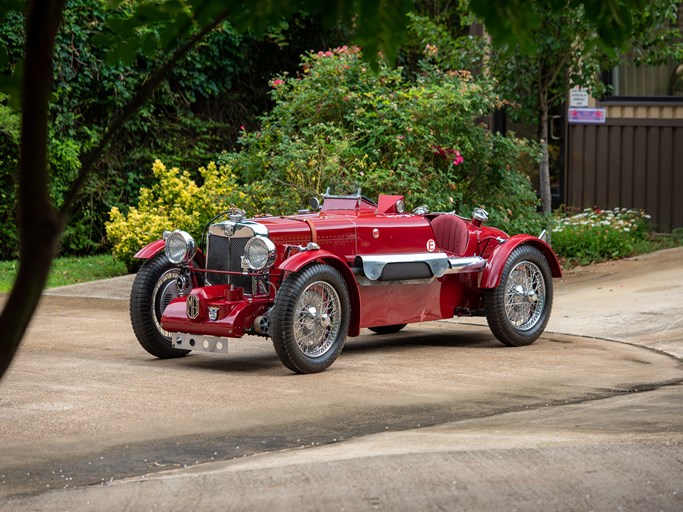