Catalogue
Engine No.
B114

Erwin R. Thomas never became a giant in the American auto industry. He was no Henry Ford, Walter Chrysler, or Billy Durant, yet the car that bears his name acquired lasting fame for showing up some of Europe’s finest. Everyone remembers the Thomas Flyer winner of the epic 1908 New York to Paris race.

Thomas was a Buffalo, New York, manufacturer. With experience in the bicycle industry and interest in engines, he designed a motor bicycle in 1900 and put it into production that November. Some consider it the first commercially available American motorcycle.

The first production Thomas car, the single-cylinder eight-horsepower Model 17, debuted in 1903. For 1904, a new “Flyer” model featured a three-cylinder 24-horsepower engine and was available with either a tonneau or limousine body. In 1905, Thomas advanced to four cylinders with models of 40 and 50 horsepower, and later that year, Thomas joined Franklin as one of the first American manufacturers to build a six. In 1906, the company competed for both the Glidden Trophy and the Vanderbilt Cup.

This Model 25 Thomas is well known in the collector community. It is reported to be the car that William Harrah coveted but was never able to buy. Into the early 1960s, it was on exhibit in Albert Garganigo’s Princeton Auto Museum in Massachusetts. Sometime after the museum closed in 1963, it found its way with the majority of Garganigo’s cars to Eugene Zimmerman in Pennsylvania, as a 1968 AACA roster lists it, by number, under his name. It was likely on display at his Automobilorama museum in Harrisburg, Pennsylvania. Whether it then went on to Florida, where the museum operated for a short time into the ’70s, is not known, but it spent years in the Imperial Palace collection until Harold bought it in 1999.

The wood frame and sheet-metal body is original, and for this reason, the car has become a revered icon—the most authentic known. It attracts pilgrims from throughout the Thomas collector community, making measurements and taking pictures in aid of their own restorations.

The car was restored many years ago and has been driven and enjoyed ever since. It shows that use, but its basic structure is sound and original, and the red paint is generally good. The seats are tan buttoned leather in good condition.

The engine itself is worthy of examination. It has intake valves above the exhaust valves, in what could be called an F-head. The cylinders are separately cast without detachable heads. The exhaust valves operate conventionally from a camshaft on the left side, but the intake valves are “atmospheric,” relying on pressure and vacuum at the appropriate parts of the combustion cycle, working without any mechanical activation. The carburetor is located on the right, below the chassis frame and out of sight. The fuel-air mixture then ascends through a long copper conduit up and over the engine to be deposited above the intake valves. An exhaust cutout is fitted in aid of maximum performance but also for effect.

The original jump-spark ignition has been updated to a modern battery-and-coil system, cleverly concealed. The camshaft has been coupled to a small shaft that turns a four-cylinder distributor located within the Atwater Kent ignition box on the dashboard. Spark advance is effected by a series of levers from the steering column, which cause the distributor to rotate when the spark lever is moved. A modern ignition coil is mounted next to the distributor.

Underneath, it is clear to see that the car has not been a trailer queen. It has certainly been enjoyed over many years but shows no hint of abuse. The aluminum-cased, three-speed progressive transmission is separate from the engine, located approximately amidships. Power is thence transmitted to the wheels by jackshafts and chains on each side. The wheels bear 37x5 Lincoln Highway tires.

The car is accompanied by a thick folder of technical and other information. It has recently been re-commissioned after a period of inactivity, and it runs and drives well.

Genuine Thomas cars are in constant demand. This is certainly one of the most significant and desirable ones available today. 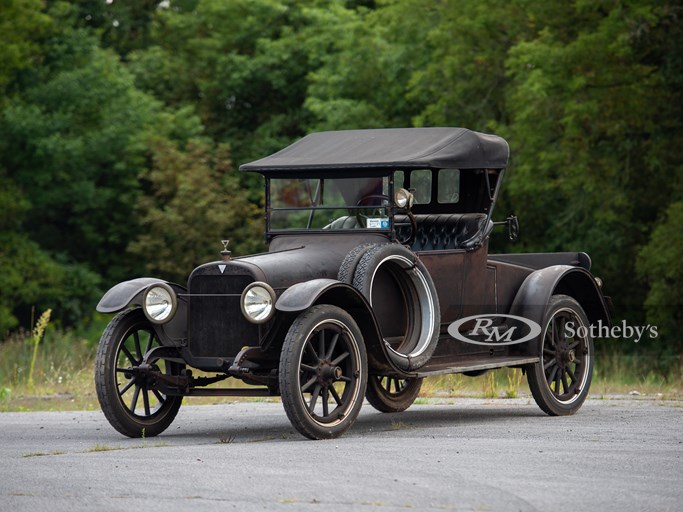 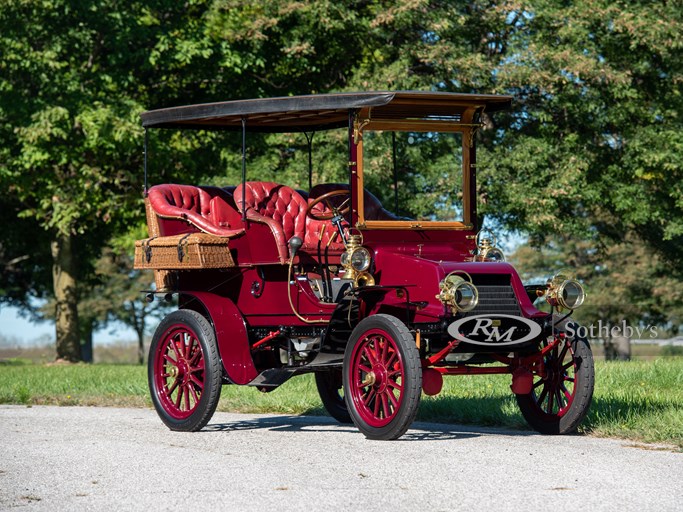