Addendum: Please note that the tool kit and “Flying Lady” copy mentioned in the text do not accompany this lot.

The first large-chassis Rolls-Royce produced after World War II, the Silver Wraith, retained an elegant pre-war appearance, yet it also offered a more modern driving experience. All Silver Wraith chassis were fitted with custom coachwork, from relatively sporting coupes and dropheads to eight-passenger formal limousines and landaulettes. Sadly, by the time the last Silver Wraith chassis was built in 1959, the traditional, centuries-old aluminum skin over wooden framework coachbuilding method was at an end.

Chassis number WZB28 was outfitted with coachbuilder H.J. Mulliner’s design number 7055, which was a formal sedanca de ville that had an enclosed rear passenger compartment and a sliding hood over the driver’s compartment, as well as a rakish and elegant profile. This was the 44th body installed on the Silver Wraith chassis by Mulliner, a prolific coachbuilder who was closely identified with Rolls-Royce since before World War I. All Mulliner designs were first drawn out in full scale on paper, so that hardwood frames could be fabricated exactly as they were drawn. An aluminum skin was then exquisitely fitted over the wooden framework. Mulliner was known for its distinctive “razor edge” designs and narrow windshield pillars, which were features that resulted in particularly graceful bodies, very much in evidence in this Silver Wraith.

The car’s original owner was Marie Arnold Chapin, of Syracuse, New York, who was the wife of the treasurer and general manager of transmission manufacturer Brown-Lipe-Chapin and a well-known patron of the arts. Mrs. Chapin requested numerous bespoke features, as is documented by copies of the original paperwork, which are on file. Among the non-standard items were special lock placements, special lighting, export bumpers, fitted luggage suitcases, a pair of cigar lighters, a radio for the passengers, and additional Wilton wool carpeting to upholster two foot hassocks. A glass division window offered privacy, and opera “occasional” seats folded out for extra seating. The interior was upholstered in tan leather in the front seats, with luxurious West of England wool cloth in the rear, and it was framed in exquisite burled walnut veneers.

The car’s body-off restoration resulted in it being finished in an award-winning condition, and accordingly, the car was bestowed Best of Show at the 1999 Convention of the Rolls-Royce Owners’ Club. This Silver Wraith is accompanied by an original leather suitcase for the trunk, a complete and restored tool kit, an original handbook, a workshop manual, its concours award, and a copy of The Flying Lady, which features this very car on the front cover. In addition, on file are the aforementioned original build sheets, chassis cards, tests results, and import documentation, which have been supplied by the Rolls-Royce Foundation and the Rolls-Royce Enthusiasts’ Club.

No less important, the car operates as it should, with the owner reporting it to “run like a Swiss watch.” It is comfortable to drive, due to the balance of power, ease of steering, reliable braking, and silky controls, and it is sure to make a long journey grand, quiet, refined, and comfortable. As this Silver Wraith has been lightly used and impeccably maintained since its restoration, it can be expected to provide many more years of reliable and luxurious use, and it will continue to be enthusiastically welcomed at most of the premier concours and club events. 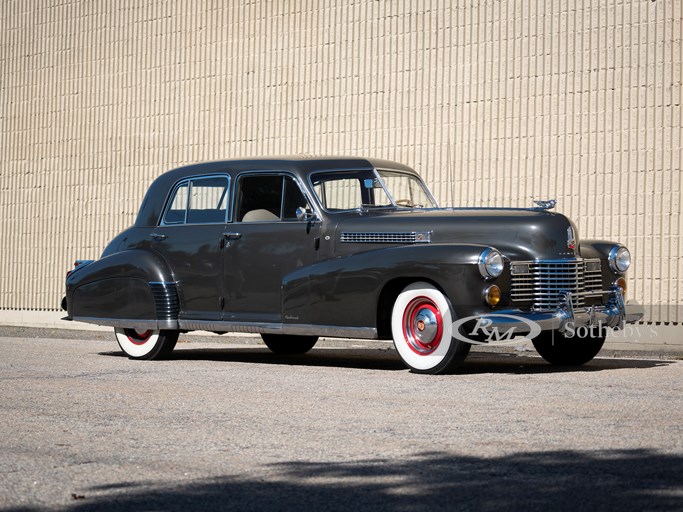