No watercraft built before or since can turn heads quite like a Chris-Craft Cobra. A prestige model produced for just one year, the Cobra combined classic mahogany construction—for which the Michigan-based boat manufacturer was known the world over—with a bold, forward-looking fiberglass fin finished in eye-catching gold. The Cobra was, in effect, a sports car for the water, a statement piece designed to look good going fast.

Chris-Craft offered the Cobra in both 21- and 18-foot lengths, seating four and three, respectively, on the single bench seat. In 1955, the sole year of production, just 108 Cobras were produced in total. The 18-foot Cobra is in fact the rarer of the two, with just 52 built; while these shorter Cobras were offered solely with six-cylinder power, this example, hull number BR-18-010, benefits from the most powerful engine option: the 131-horsepower triple-carbureted Chris-Craft/Hercules KBL motor.

Prior to its addition the Gene Ponder Collection, this Cobra was beautifully restored with correct materials. Its bench seat features gold-upholstered cushions, while its dashboard, complete with Chris-Craft gauges, is finished in black crocodile-pattern vinyl. Its gleaming hull is finished with gold bottom paint and topped by that signature gold fin. While under the care of Gene Ponder, the Cobra was placed in the water every six months to keep its hull watertight.

One of perhaps 40 survivors of the 52 examples built, this Chris-Craft Cobra 18’ would be a true prize for a connoisseur of rare midcentury boats. As its time in the Gene Ponder Collection demonstrates, it would also add a dose of nautical flair to any collection of automobiles—serving as a stylish and intriguing water-going counterpart to American sports cars of the same era. 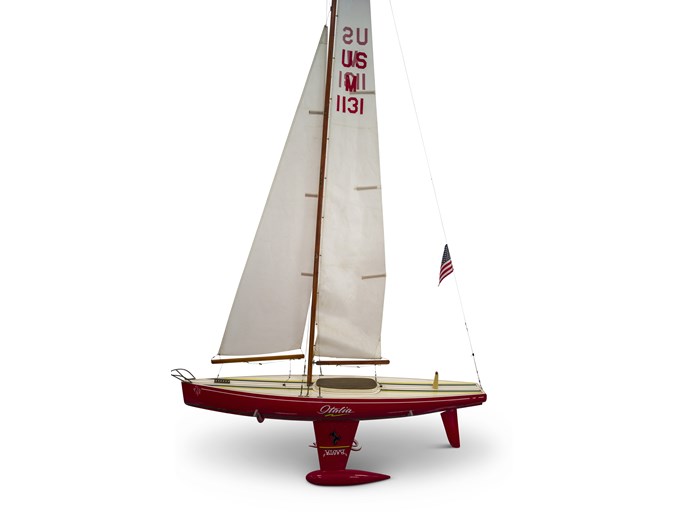 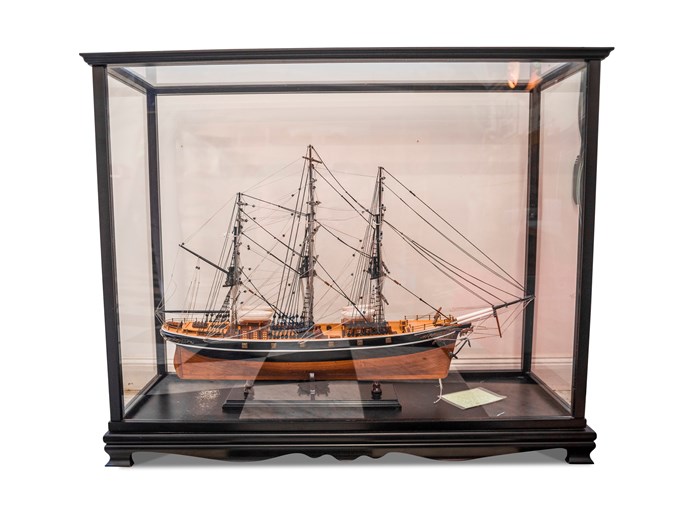 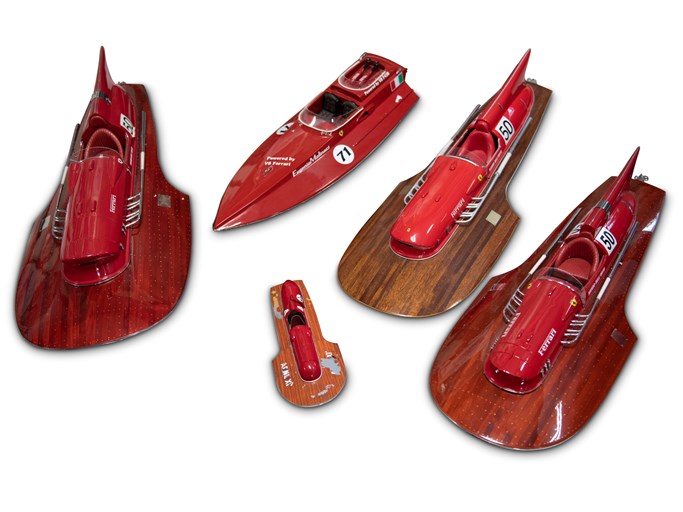 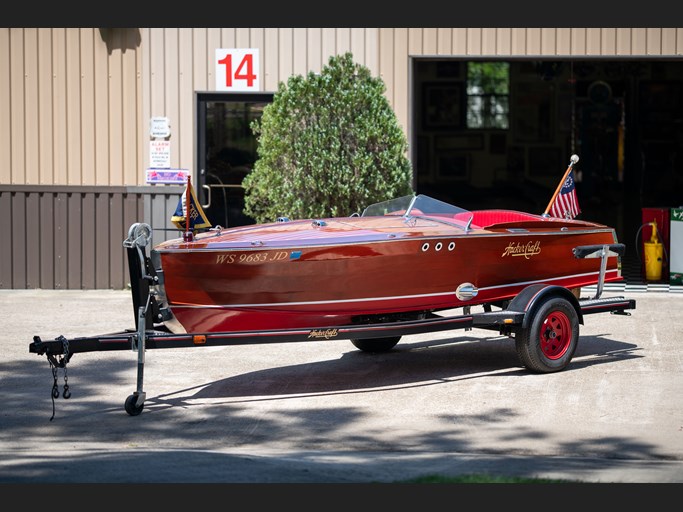