Described as the “most turbulent tale in automotive history,” the story of America’s first front-drive automobile is a saga worthy of a major motion picture. Launched at the onset of the Great Depression, author Jeffrey Godshall described the Ruxton as “a superb automobile that never had a chance.”

The car was designed by William J. Muller, an engineering wizard who spent his early life on the race tracks of America. At age 18, in 1912, Muller set a land speed record on Galveston beach driving an Excelsior motorcycle to 103 mph. He was an intuitive driver, crack-shot mechanic, and eventually crewed with—or managed race teams for—the finest drivers piloting the most exceptional machines of the era.

In 1913, Muller was given the opportunity to pilot the famous front-wheel-drive Gila Monster race car, an event that forever changed his mind on the best way to propel automobiles. He later explained, “I will never forget the sensation of being pulled” (versus pushed by rear-wheel drive). This was an historic time where competitors like Harry Miller were building, campaigning, and winning with innovative front-drive race cars; the technology was changing the game. Although publicly denouncing front-wheel drive, several high-end automakers were quietly building their own prototypes, sensing a possible market shift ahead.

After obtaining a formal engineering education, Muller found himself working for the Budd Company in Philadelphia, as an engineering problem-solver for President Edward G Budd. Muller pitched the idea of building a high-end, revolutionary front-drive road car for sale to the public. Mr. Budd ultimately agreed, thinking that another firm could produce the chassis and Budd would build the bodies for the majority of the models produced.

Enter pitchman Archie M. Andrews. Andrews was well known and feared throughout the automotive industry for preying on companies by manipulating their stock and then raiding their balance sheets through outright liquidation. He was on several automotive boards and happened to be the Budd Company’s largest shareholder. While Mr. Budd was in Europe on a business trip, Andrews convinced the second in command that Mr. Budd had sold him the front-drive project and he quickly absconded with the prototypes, tooling, and even Mr. Muller himself, who had no idea that this was a complete ruse.

The journey only became more twisted as they placed the project under a holding company, New Era Motors, in 1929 and moved through a series of financial and legal battles, corporate takeovers, and production machinations to get the car built. Plagued by shortages of transmissions and front-drive axles, production was intermittent and chaotic and spanned three assembly locations (Philadelphia, Pennsylvania [11 cars]; St. Louis, Missouri [65 cars]; and Hartford, Wisconsin [20 cars]). With the economy in tatters and no market for high-end cars, they filed for bankruptcy in 1930.

The least expensive Ruxton, the sedan, sold for $4,500, or nine times the price of a new Ford and was priced 40 percent higher than the Cord L-29, Ruxton’s U.S.-based competitor. Despite the company’s abrupt end in 1930, the lawsuits against it continued into the mid-1960s! In the end, for every 50 Cord L-29s built, fewer than one Ruxton was produced. Although historical production accounts range from 60 to 500 units, more recent research and records indicate that about 96 total Ruxtons were built, 10 of which were assembled by the bankruptcy agent well after the company had folded. Of the total production, only 12 were the Baker-Raulang-bodied roadsters, of which seven, including this car, exist today.

The Ruxton is the rarest of the top 20 U.S. luxury cars registered between 1927 and 1934 Unfortunately, the Depression wiped out the front-drive innovators and there would be an historic gap of nearly 30 years before GM launched the front-drive Oldsmobile Tornado in 1966. Despite the long journey toward front-drive acceptance in the industry, today over 70 percent of the cars on U.S. roads are front-drive; it is undeniably the preferred way to move an automobile.

This car has a very well-known history and is body no. 11 of the 12 Ruxton roadsters produced. It is fitted with Continental engine no. 18S-162 and chassis no. 11005, making it the sixth car assembled at the Kissel Motor Car facility. Kissel had earlier taken on assembling the Ruxton transmissions under contract and later agreed to assemble complete Ruxton cars. The company was run by George Kissell, President, and his brother, Wil Kissell. Wil owned a Ruxton phaeton, and the very roadster offered here was George’s personal Ruxton. Despite a hostile takeover attempt by Mr. Andrews, which resulted in Kissel’s bankruptcy, the brothers kept their Ruxtons long term and would sing the marque’s praise to whomever listened.

Mr. Kissel ultimately sold this Ruxton in 1939 to the notable collector D. Cameron Peck of Chicago, Illinois. The Peck Collection would retain the Ruxton for two more decades, selling it in 1959 to Jim Watson of Houston, Texas. Mr. Watson, surely fond of his rare Ruxton, held on to the car for a further 10 years. Beginning in 1969, the roadster would trade hands several more times, including A.N. Rodway Jr. of Cleveland, Ohio, M.H. “Tiny” Gould of Pennsylvania, and then Terry Radey in Ontario, Canada. In 1978 the Ruxton found another long-term home with Floyd DuVall of Davenport, Iowa. Mr. DuVall maintained the highly original Ruxton until 1996 when it was acquired by Mr. Guyton, for his growing collection of rare and unusual American Classics.

Restored over the years only as necessary, this very honest Ruxton has been shown extensively at many concours and CCCA events during its ownership by Mr. Guyton, including in the special Ruxton class at the 2014 Pebble Beach Concours d’Elegance, where it was awarded the prestigious FIVA Pre-war Trophy. It is a proud tradition sure to be continued by its new owner at the wheel of a true piece of Classic Era motoring history. 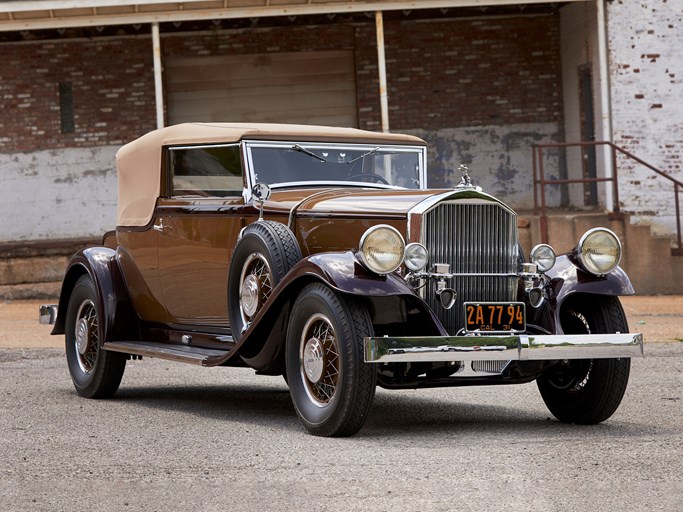 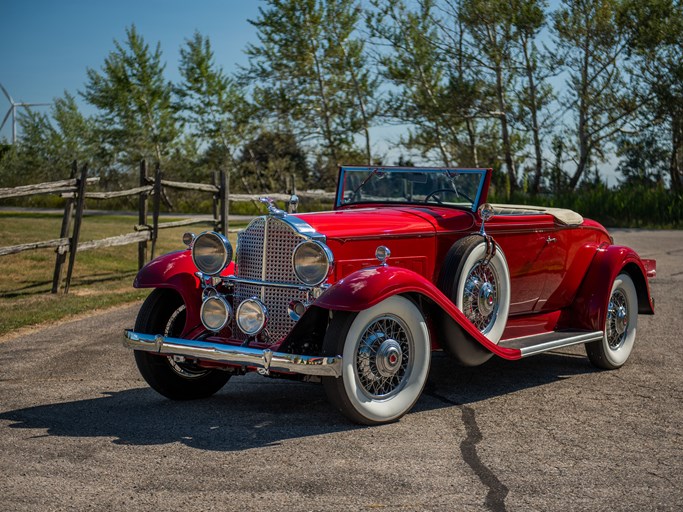