On 30 November 1928, Doña Teresa Martín de Saavedra, a noblewoman of Badajoz, Spain, took delivery in Madrid of this new Cadillac dual-cowl sport phaeton. Longstanding rumor indicates that she acquired the car from the Paris Motor Show, though no documentation to that effect currently exists. Chauffeur-driven in her use, it reportedly fell into the hands of the Loyalists during the Spanish Civil War of 1936–1939, then reverted to the original owner, whose son, Jose Porras Martin de Saavedra, inherited it on 28 January 1958.

The car was sold in 1960 to Alvarez Esparrago, also of Badajoz, who sold it eight years later through an advertisement in Road & Track to American collector Phillip Wichard of Huntington Bay, Long Island. Mr. Wichard was not only the car’s first American owner, but the first outside of the original Spanish province. When he acquired the Cadillac, it had two bullet holes through the windshield frame, a legacy of its wartime service. He was told that even while in Loyalist “staff car” use, it had continued to be chauffeur driven – it was, after all, “the best car in the province.”

Mr. Wichard commissioned Walter Seaburg of Sydney, Ohio, to carry out a restoration, performed to the collector’s usual outstanding standards of fit and finish in this striking two-tone green livery, with caned rear door fillet panels and a complementary rich green leather interior. It was an Antique Automobile Club of America National First Prize winner in 1980 and achieved CCCA Senior status, badge no. 1267, and was reported to still be capturing awards over a decade following its completion.

Recognizing the car’s quality, Fred Guyton acquired the Cadillac from the sale of the Wichard Collection in 1995. It has been maintained in the Guyton museum since, and the restoration is remarkably well preserved for work now well into its fourth decade, with nary a crack in the paint and interior that shows only light age and stretching; the engine compartment and undercarriage are detailed well enough for local showing. Mileage recorded is 25,996 km, on the original European-specification odometer. The car is lavishly accessorized, including Pilot Ray driving lights, a center-mounted Trippe light, dual Cadillac accessory running board spotlights, dual side-mounted spares, a radiator grille guard, and a beautiful period Cadillac crest mascot – as well as its Badajoz registration plate. A particularly charming feature is a vanity mirror for the rear seat passengers, on the underside of the rear tonneau – allowing them to check their appearance literally just before disembarking. Storage is provided in a long cabinet below.

Accompanied by a copy of its build sheet, an original operator’s manual, and other documentation, this gorgeous sport phaeton boasts a story and preservation that few others of its ilk can match. 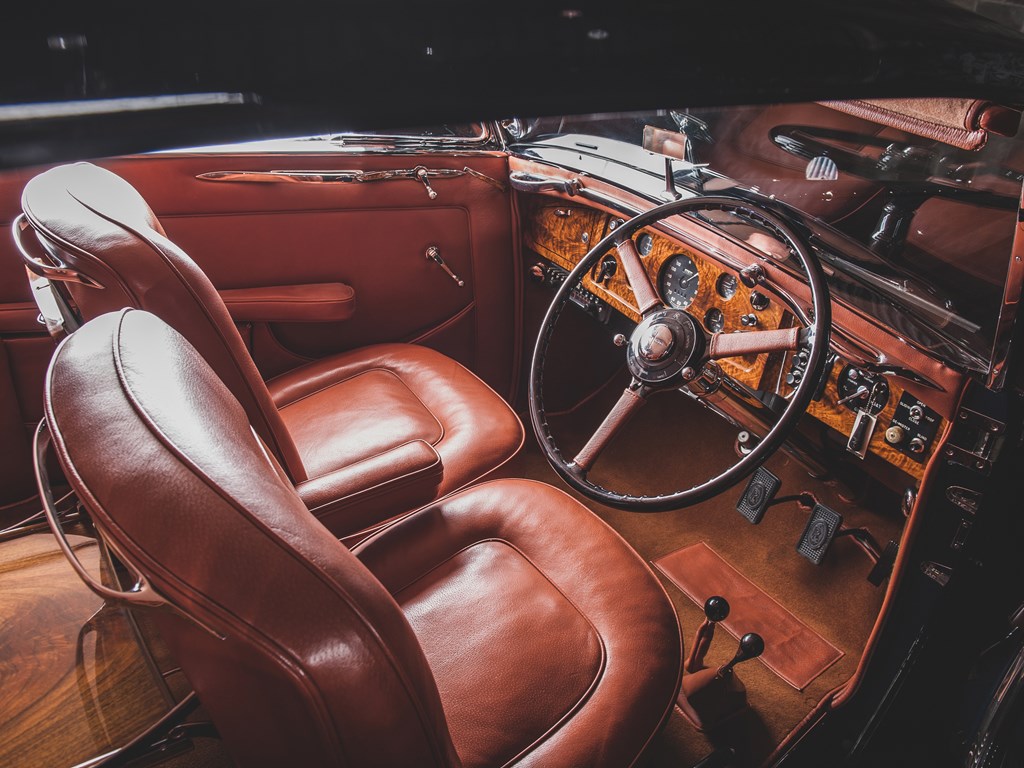 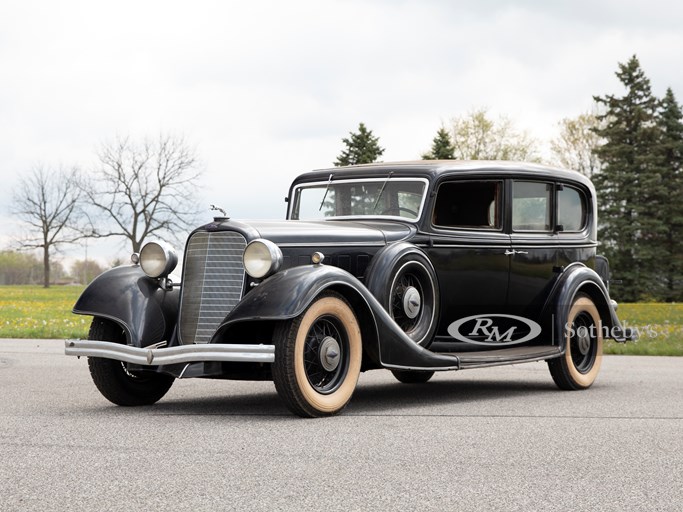 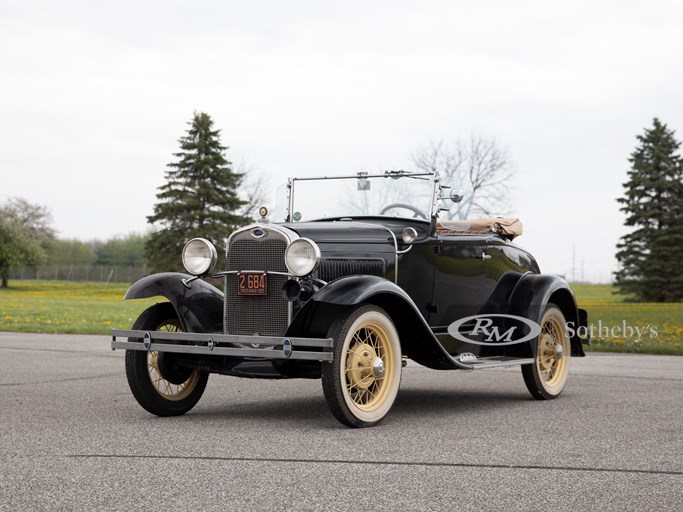 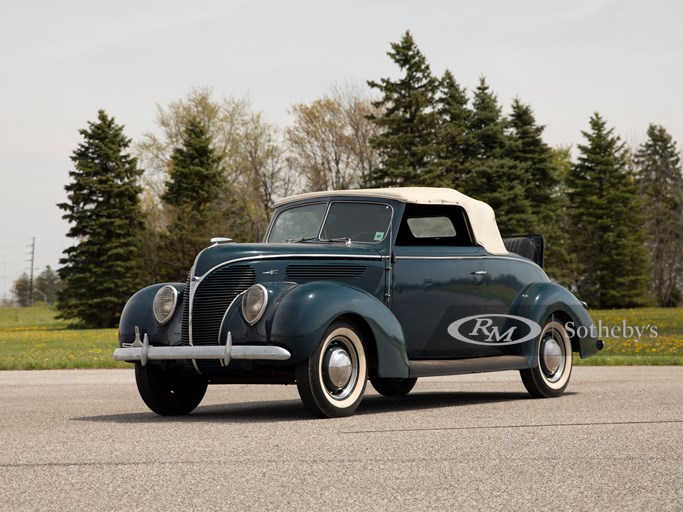 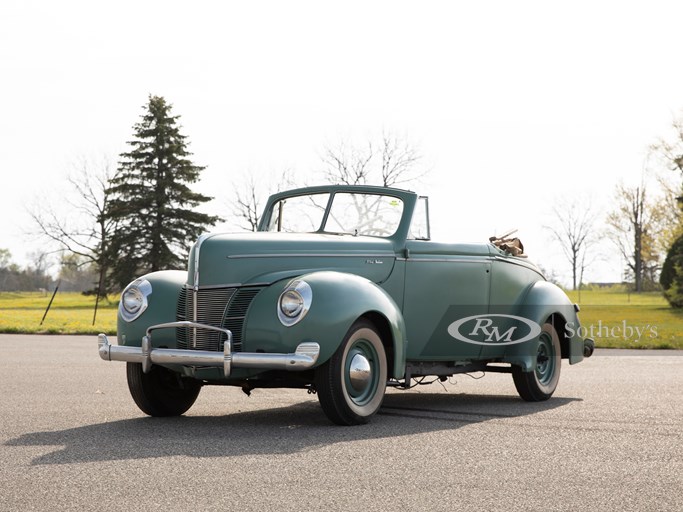