The name Hispano-Suiza translates from French to “Spanish-Swiss,” which is appropriate, as this superb French automobile was born from the genius of a Swiss engineer, Marc Birkigt, and was originally produced in Barcelona, Spain. However, it would be the Hispano-Suizas built in France that became most legendary. In particular, the H6B sported an aircraft-derived six-cylinder engine, employing machined steel cylinders with integral combustion chambers in a cast aluminum block, with two valves per cylinder driven by a single-overhead camshaft and a pressure-lubricated crankshaft turning on seven main bearings. The engine produced 135 hp with truly impressive torque and smoothness, matched by a chassis with advanced servo-assisted four-wheel brakes and custom coachwork offered by the world’s finest craftsmen.

Le Roi de le Route, or “The King of the Road,” was the favored toy of aristocrats the world over. Edsel Ford, son of Henry, owned one, as did “Bentley Boy” Woolf Barnato, Pablo Picasso, and various kings and maharajas.

The Guyton Hispano-Suiza H6B, chassis no. 11707, was originally delivered to Seymour Knox II, a prominent Buffalo, New York, businessman whose family had made their fortune in five-and-dime stores with their cousins, the Woolworths. Mr. Knox was a member of the board of many important East Coast companies, a financier, a significant collector of modern art, and an appreciator of fine automobiles who had earlier enjoyed a Rolls-Royce Silver Ghost.

The body was specifically produced for Mr. Knox’s order by Hibbard & Darrin, the famed Parisian carrosserie of Americans Thomas Hibbard and Howard “Dutch” Darrin. The coachwork was constructed using their patented all-aluminum Silentlyte process, for durability and lightness, and was highly detailed in Hibbard & Darrin’s typical fashion, with exquisite fine hardware and inlaid woodwork throughout. For instance, the rear windows are crenellated at the edges and are raised and lowered by a clockwork gear system!

Mr. Knox maintained the car until the late 1950s, when he was reportedly convinced to sell it for a mere $500. In 1965, it was acquired by early enthusiast and longtime stalwart member of the Classic Car Club of America, Morton Bullock III of Baltimore, Maryland. In 1990, he told author Beverly Rae Kimes, “When I purchased the car, it was on consignment at Inskip’s in New York City. The salesman was Charles Willmore, who sold the first two Rolls-Royce cars delivered to the U.S. around 1906.”

At the time the car was complete save for the original trunk and had just over 21,000 actual miles, a figure confirmed by how many critical areas had survived in virtually pristine condition. It had been repainted, but the interior was still original and in fine condition, as confirmed by Sam Manton, a veteran mechanic who had serviced the Hispano-Suiza for Mr. Knox. Mr. Manton noted that the car had seldom been outside of Buffalo, used mainly for local parades and chauffeuring dignitaries.

The car was restored for Mr. Bullock, with input into color choices from an elderly Thomas Hibbard, and detective work that resulted in the location of the original trunk – created by Innovation Trunk Company of Paris – in a Long Island attic. Remarkably and fortunately it had retained its original Hibbard & Darrin-badged radiator winterfront, special-ordered for Buffalo, as well as the Marchal headlamps, Stephen Grebel spotlight, and Notex driving lights.

Following completion of the restoration, the H6B was shown for many years, achieving its CCCA Senior First Prize in 1994. It was also featured in various books and periodicals, including Automobile Quarterly, Volume 20, No. 2, and The Classic Car, 1982 Number 3.

Fred Guyton acquired the car from his friend Mr. Bullock in 1996, and the H6B has remained a very proud part of the collection ever since. In Mr. Guyton’s care it has been occasionally shown, most prominently at the 2009 Pebble Beach Concours d’Elegance, winning 2nd in class. The restoration is now four decades old but remarkably well preserved, with few flaws in its lustrous blue lacquer finish, and only minor age to the upholstery; it would benefit mainly from a thorough detailing and mechanical servicing.

Simply put, this is one of the U.S.’s finest Hispano-Suizas – a car of outstanding purity and quality that has remained on these shores, always loved and well maintained by enthusiasts, since it was new. In provenance and elegance alike, it is without peer. 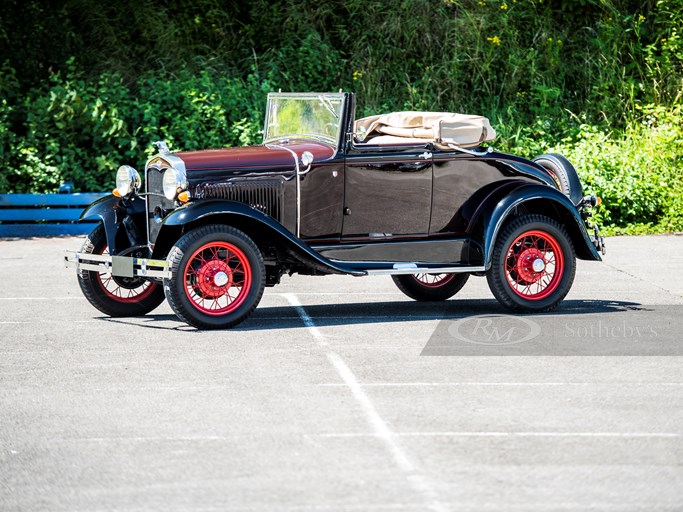 Offered Without Reserve
The Richoz Collection