Introduced at the New York Automobile show in November 1907, Buick’s Model 10, the Gentlemen’s Light Four-Cylinder Roadster, quickly became the company’s best seller. Motor World called it the “sensation” of the show. The lowest-priced Buick, it sold for $900, including acetylene headlamps, oil lamps for side and tail illumination, and a bulb horn. At about the same price as Henry Ford’s new Model T, it represented very good value. More than 4,000 were built in the first year and 8,100 the next. In 1910, its last year, production approached 11,000, by far the greatest of any Buick model until 1914.

Almost from the beginning, Buick had proved a potent competitor on the race tracks. The Model 10 fit nicely into the pattern, in 1909 rolling up a class win at Daytona, a hill climb victory at Atlanta. Light and nimble, the 10 was a favorite in the light car classes.

This Model 10 Buick was in a museum collection prior to acquisition by the Guyton Collection in 2009. An older restoration, the body is in generally good condition, although the paint, in the correct off-white shade called “Buick Gray,” exhibits considerable age. It has period-correct Gray & Davis brass lamps, all in very good condition, although the headlamps slightly postdate the car’s era. There is an acetylene generator on the left running board. The front seats and “mother-in-law” rumble are upholstered in a patterned maroon vinyl. It, too, is aged, but is serviceable and attractive. A correct black canvas top provides shelter from the elements, and a brass-framed windshield gives comfort from the wind.

The engine and chassis appear in good condition, correctly detailed and showing some use. The car has not run in some time, so a thorough servicing should be carried out before committing it to the road. The most popular Buick of its era, this Model 10 should provide its new owner with considerable fun. 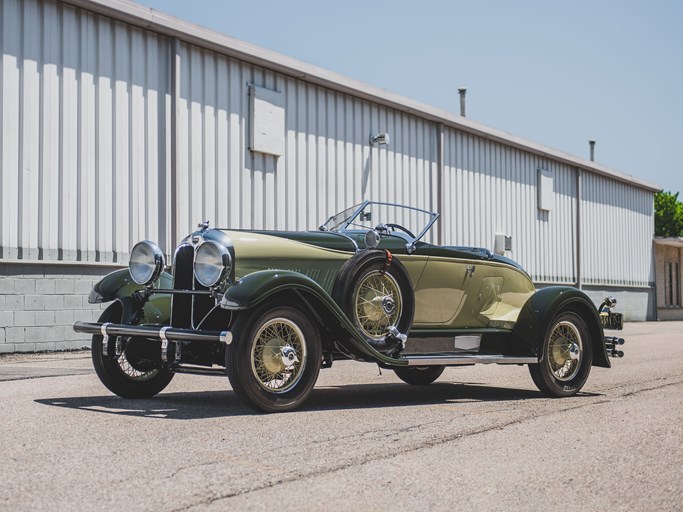