This rare and fully operational full-scale driving school model was made in Germany by Werner Degener in the late 1950s-1960s. It features a four-cylinder cut-away engine that demonstrates the functions of the motor as well as the transmission, clutch, rear end, etc. The car's lights work, including high and low beams, brake lights, and turn signals. The model was originally built for 220-volt power, but has been converted to run on 110 volts. 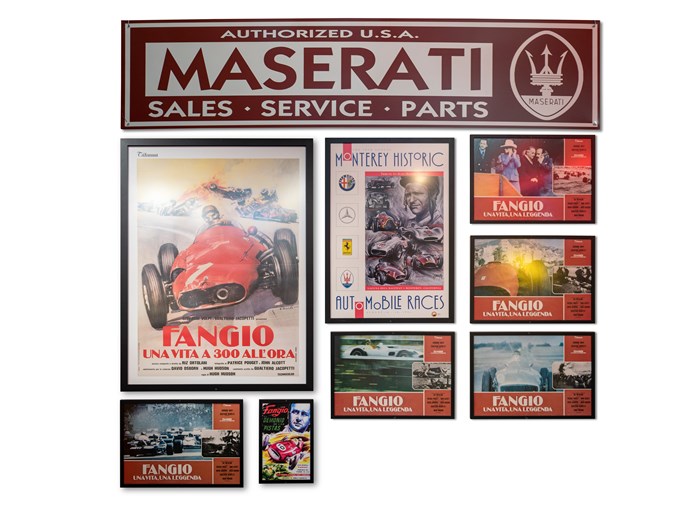 Maserati Sign with Collection of Fangio Framed Artworks and Posters 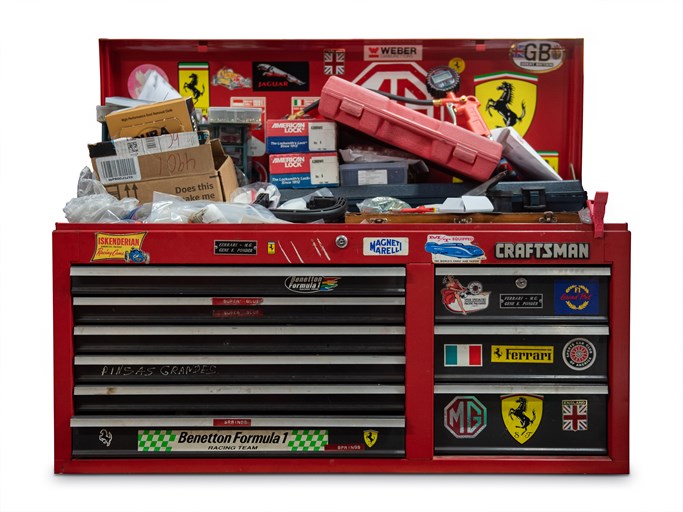 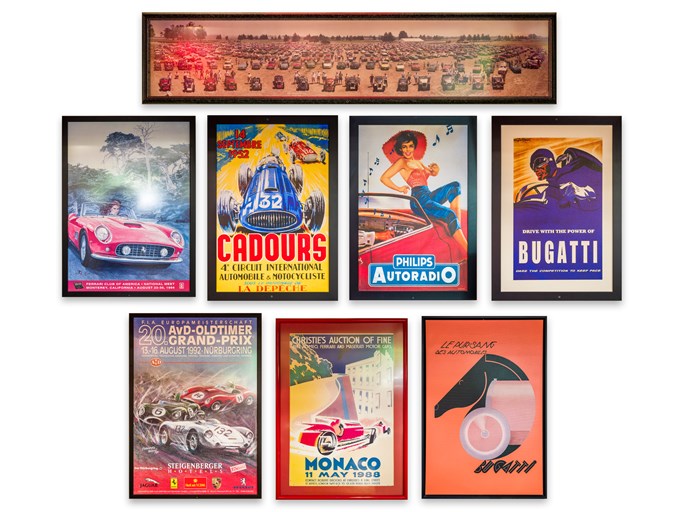 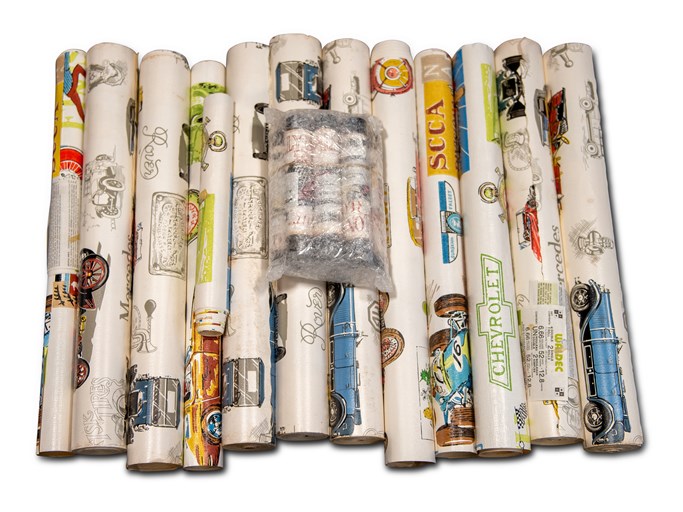