Recalling many design cues of the Enzo, the LaFerrari’s design is equally forward-thinking. Though no larger than the Enzo in footprint, even more impressive is that Ferrari managed to squeeze in both a 6.2-liter V-12 engine and a 120 kW electric motor. With 789 bhp on tap from the V-12 and an additional 161 bhp from the electric motor, total output is rated at 950 bhp. Despite the car’s massive output and power train, care of its advanced hybrid system, the LaFerrari’s carbon footprint is noticeably smaller when compared to the Enzo. Unveiled at the 2013 Geneva International Motor Show, the LaFerrari created global fanfare, and anyone with the means wanted Ferrari’s latest and greatest hypercar. Picking up the torch from the Enzo, LaFerrari continues the grand tradition of mid-engined Ferrari hypercars that began with the 288 GTO, a car which found its own inspiration from the legendary 250 GTO.

As limited as the LaFerrari was, Ferrari’s most important clients were in for an even more exciting open version, the Aperta. Offered to clients who already owned a LaFerrari, only 210 examples were built, with all pre-sold before its debut at the 2016 Paris Auto Show. During Ferrari’s 70-year history, there has never been another vehicle as eagerly anticipated or as technologically advanced as the LaFerrari Aperta—the result of seven decades of ingenuity, perseverance, creativity, passion, and success. The LaFerrari Aperta embodies every aspect of the company and its founder, Enzo Ferrari. Putting the company firmly at the forefront of automotive technology thus far in the 21st century, the LaFerrari Aperta combines lessons learned from Formula 1, Corse Clienti, and Ferrari’s road-going supercars of the past.

Delivered new to an American Ferrari collector, this LaFerrari Aperta was attractively ordered with optional Giallo Triplo Strato paint with complementary yellow accents throughout the black interior. The Ferrari Extracampionario (triple layer) paint was a $28,000 option and gives the car a slightly pearlescent appearance, making it much more striking than standard yellow. Some of the many options include exterior carbon-fiber trim, yellow brake calipers, sport exhaust pipes, racing stripe, 20-inch forged black wheels, large seat cushions, and the Ferrari horse stitched on the headrests. The optional suspension lift raises the front of the Aperta at the push of a button to prevent the nose from scraping, making it much more practical on city streets. Today this Aperta has just 175 miles from new and remains in virtually new condition. Included with the car is a set of books in their leather case, battery charger, soft top, and other accessories.

For the uppermost echelon of Ferrari collectors, the LaFerrari Aperta epitomizes what Ferrari is today: a company that provides cars with the utmost performance and exclusivity, honoring their past whilst looking toward the future through cutting-edge design and technology. Today it sits on the same pedestal that the Enzo did in the 2000s, the F50 of the 1990s, and the 250 GTO of the 1960s. The LaFerrari Aperta is without question the ultimate Ferrari road car of this century, and from the moment of its inception, it has been considered a must-have in any world-class collection of Ferraris. 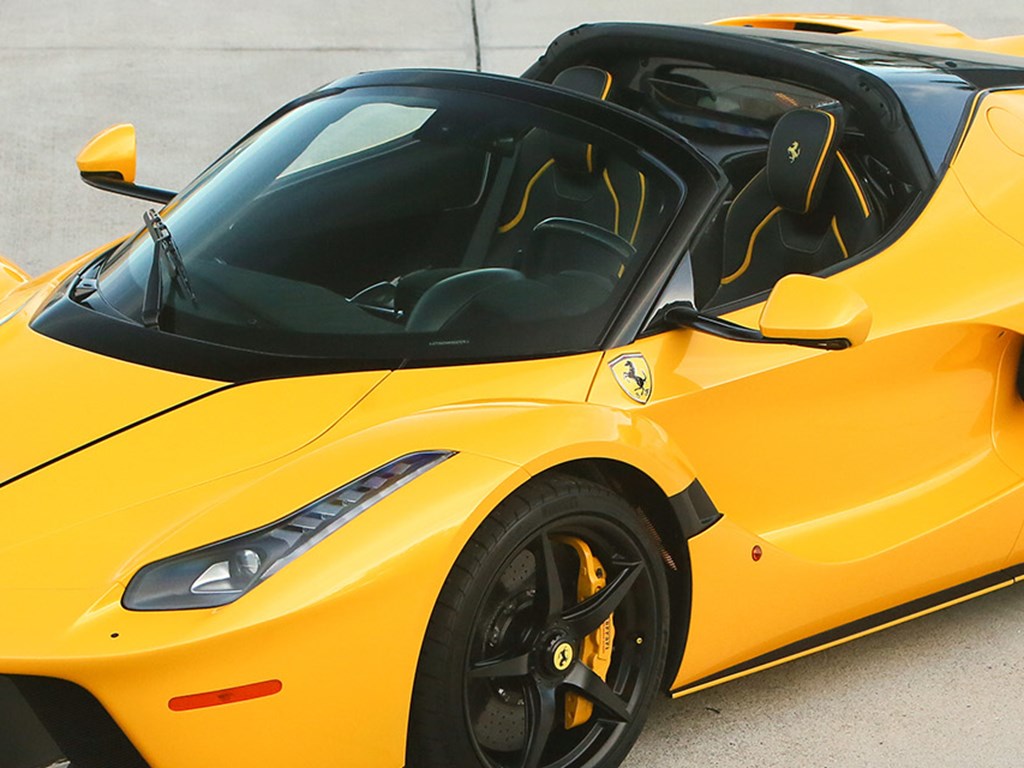 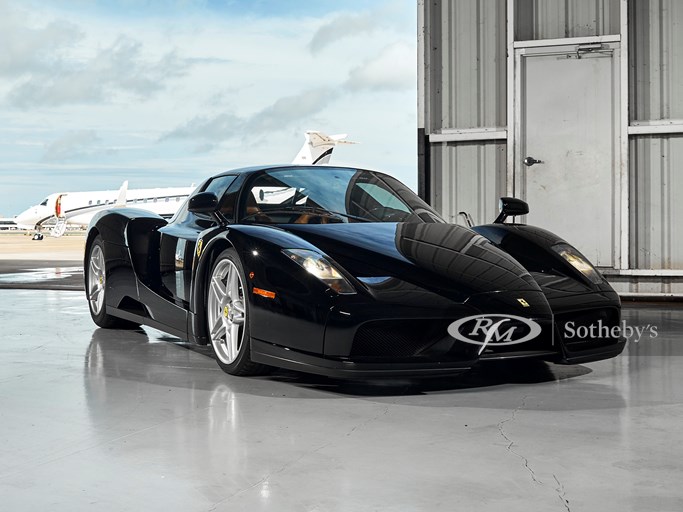 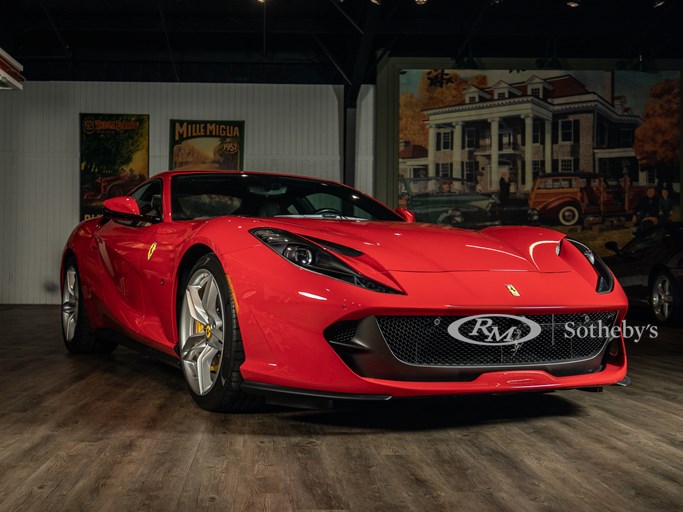