This dashing SS 100 2½-Litre Roadster is documented by its original sales ledger as having been sold by Layham’s Engineering Company, of Surrey, England, to Lawrence E.W. Pomeroy, the technical editor of the famous motoring magazine, The Motor, for 22 years.

In 1953 the car was acquired from Mercury Motors, of Wembley, by Harry Wolfe. In 1958, the SS 100 then passed to Leslie Worley, of Sussex, who moved with the car to Malaysia. In his new home, Worley became an active vintage racer, eventually achieving the rank of president in the Malaysian Vintage Racing Club. His SS 100 was driven in anger for two decades, as noted in Terry McGrath’s The Forerunners of Jaguar and in many period Malaysian motoring publications.

The roadster returned to the United Kingdom in the 1970s and was restored while in the ownership of Richard Smith. It was then sold, sometime around 1984, to American enthusiast Norb Schaefer. Mr. Schaefer’s car found time to earn its CCCA Senior award between races at Elkhart Lake. In 2002, the car was sold to a Japanese owner. It remained overseas until 2014, and following a change of color to the present Gunmetal, it was a regular concours entrant in Japan, including when owned by a president of the Jaguar & Daimler Owners Club of Japan.

The car remains in concours condition, with a well-preserved restoration in colors that have a wonderful, period-correct appearance, red leather upholstery, and a black soft top. Chrome wire wheels, a rear-mounted spare, and the combination of both a full windshield and Brooklands racing screens give it the look that is appropriate of a proper British sporting car. An extensive history file accompanies the car.

This exciting SS 100 is a thrill to drive, just as it was on Malaysian roads half a century ago, and it is ready for a new owner to enjoy. 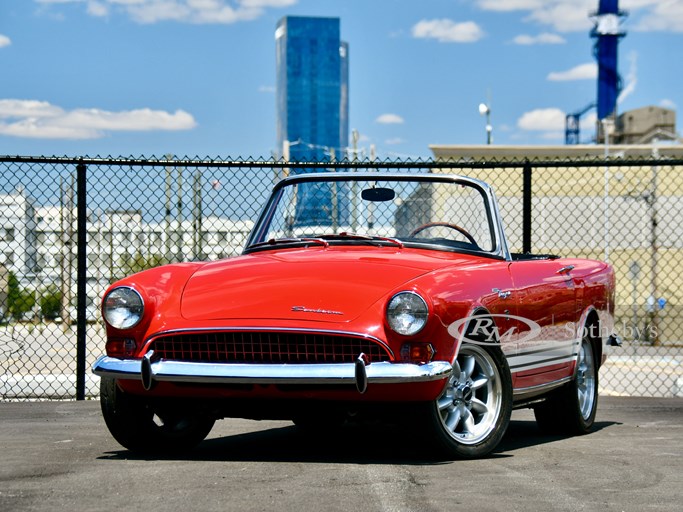