Upon the launch of the Rolls-Royce Silver Spirit and the Silver Spur in 1980, Chief Stylist Fritz Feller commented, “We will have succeeded in our task of maintaining the Rolls-Royce tradition if, late on a winter’s evening, in a dimly lit street, someone looks out of a window and catches a glimpse of a dark band, travel-stained Silver Spirit and says, ‘A Rolls-Royce has just gone by’”. This new series of Rolls-Royce automobiles served a dual purpose, to push Rolls-Royce motor cars into the future with contemporary styling and technology and to also retain a close connection to the cars that came before it.

The Silver Spur was the long-wheelbase counterpart of the Silver Spirit, and in many ways, they were almost identical. Apart from the overall length and larger width of the Spur, it was identified by badging to the boot lid and rear quarter panels. Both cars demonstrated a vastly improved ride, due to the installation of new Girling automatic height control and gas shock absorbers. The car was fitted with Corniche-style wheels, and it was more spacious inside, due to the longer wheelbase. As per usual with cars wearing the Spirit of Ecstasy, the interior was very luxuriously appointed and featured only the best leather available, and the dashboard was finished in the finest wood veneer.

The Silver Spirit II and Silver Spur II were introduced at the 1989 Frankfurt Motor Show. It was in the area of the suspension that the main changes occurred, with "Automatic Ride Control" introduced; a fully automatic system that worked by adjusting the dampers at all four wheels in real time. The dashboard was also updated to modernize the interior, with two additional 'bull's eyes' ventilation outlets added to the fascia. Other updates included the adoption of ABS and fuel injection as standard for all models.

The Silver Spirit III and Silver Spur III; introduced in 1993, featured improvements to the engine and some cosmetic updates. A new design of intake manifold and cylinder heads increased the power output, although it was still stated simply as "adequate" in company literature. Dual airbags were introduced, along with independent adjustment of the rear seats. The parameters of the active suspension system were also modified to increase reliability and provide for easier maintenance.

This stately and immensely elegant Silver Spur III is presented in white with a tan interior featuring Connolly leather hides in which the seats are richly accented with darker tan piping. This is reported as a three-owner example that has approximately 37,150 miles that are believed to be original however the title shows as exempt. This vehicle has been garage kept, is recently serviced with brakes, accumulators, oil and the wheels balanced, plus it has a clean Carfax with no accidents in its history.

The Rolls-Royce Silver Spur presented here looks just as enticing as the day it left the factory. Few signs of wear show throughout the car, and as a result, it presents very well. The Silver Spur is certainly a car that provides all the pomp and circumstance associated with the Rolls-Royce name, and with only 465 Series III examples being built over the 1994/1995 model years, this example is certainly prepared for regular use from the most discerning clients. 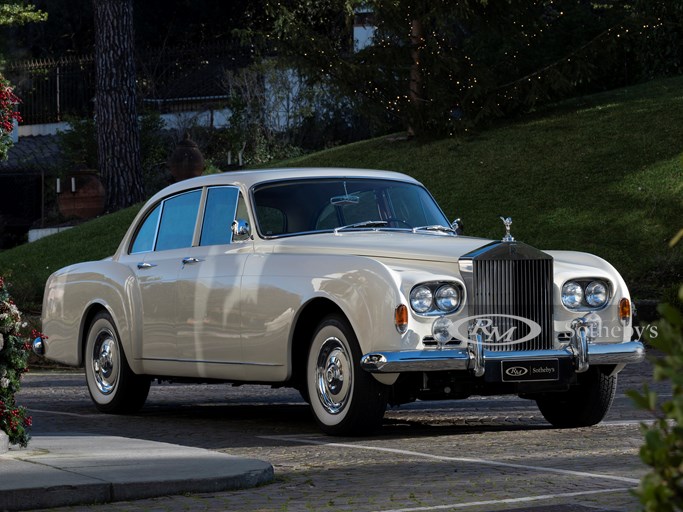