Please note that this lot will need to be collected from Lisbon, Portugal

Addendum: Please note this Porsche is indeed a 911, as described in the posted description, and as corroborated by the engine type listed on the Porsche Certificate of Authenticity. It should be noted ,however, that the very same COA very likely contains a typographical error in referring to the car as a 911S, as it is most certainly a 911.

Moving one step forward after from Porsches 356, the new 911 introduced a 2.0-litre flat six-cylinder engine. With two more cylinders, the engine displaced some 400 cc more than its four-cylinder predecessor and, power was rated at 130 bhp. Still boasting 2+2 seating, the 911 proved to be an excellent all-around sports car that could be driven on a daily basis.

Produced for the 1967 model year, this 911 2.0 was destined for Portugal completed by the factory in April of 1967. Finished in Light Ivory (6604), the interior was trimmed in black leather with the desirable pepita fabric inserts. Exceptionally well optioned from the factory, the car was outfitted with a sunroof, Blaupunkt Frankfurt radio, seat belts, chrome wheels, and a wood-rimmed steering wheel.

First registered in Portugal in May of 1967, the car has remained there since new, passing through four owners. Acquired by its current custodian in 2003, it was sent to SportClasse, a Porsche specialist in Lisbon, where it was fully restored. The restoration began in 2017 and was completed earlier this year. Importantly, it is presented today in its original colours, retains its original engine, and still sports its correct dials with green font, and aluminum dashboard.

Having been in production for well over fifty years, Porsche’s 911 is a true automotive icon and the cars produced in the 1960s are amongst the most cherished. Freshly restored, this stunning example would be the cornerstone of any great Porsche collection. 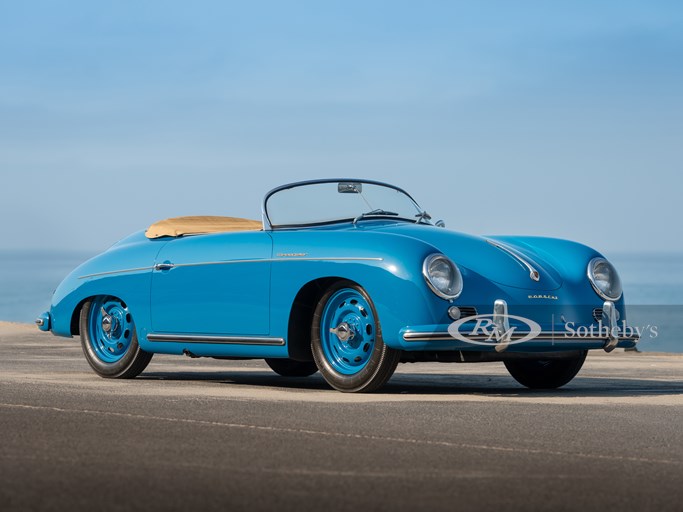