Porsche’s iconic 356 Speedster was the brainchild of New York-based car dealer Max Hoffman, the godfather of the 300 SL Gullwing, who wanted an affordable stripped-down version of the Porsche 356 to put in the hands of amateur club racers in 1957. In order to save weight, the Speedster had no side windows and featured a shorter, raked windscreen.

These stripped-down Speedsters were considerably cheaper than the other 356 models, selling for less than $3,000. Today, because of their rarity—Porsche produced only 1,171 units for 1957—and their sheer character, they are by far the most valuable of any 356 model. The only concern with the design was that the minimal soft top and removable side curtains not only did not provide much weatherproofing, but also forced the driver to tuck down in the car just to see out, so the top was rarely used.

This particular Speedster was acquired by its current custodian 22 years ago while he was residing in Canada. Previous ownership from members of the Toronto 356 club included Mr A. Wichmann who sold this car to Mr I. Blackstone in 1991. Upon purchasing the Speedster, the current owner had it sent to Walt MacKay Racing (who was recognized in the VARAC hall of fame for 40 years of racing Porsches and Elvas) to have its chassis and engine prepared for fast road rallies and tours while maintaining ease of use.

A later, 1,600-cc engine from a 1965 356 C was fitted with crankshaft drilled and tapped for full flow oil system, oil cooler, Elgin Camshaft and flywheel lightened to 6.3 kg producing over 100 bhp. The chassis benefited from Koni Dampers, a Weltmeister roll bar and a double braking circuit. All invoices for this work are on file. When the current owner moved back to France in 2000, he brought the car with him and it has been used regularly since then for rallies and club events.

Stunning for its originality, renowned for its pedigree and lineage and rare for its limited-production numbers, this fabulous 356 A 1600 Speedster ticks all the right boxes. A Porsche icon, the Speedster offers the ultimate top-down touring experience and instant recognition at shows and Porsche club events. 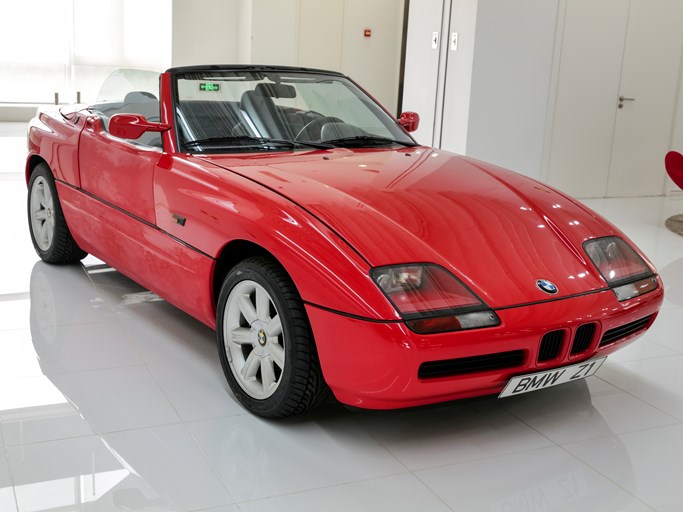